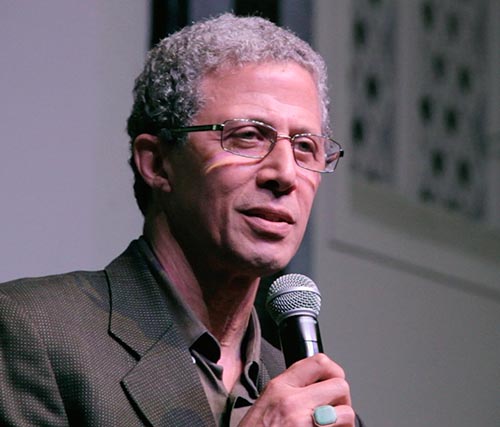 In 1971 a man named Theodore Golas wrote a short book that went on to become an underground sensation. The setting for this phenomenon was in San Francisco just past the tumultuous peak of the 1960's. San Francisco had been a hub of activity throughout the decade and had developed into a little Mecca for the hippie and drug culture of the era. The contemporary mantras of “Peace and Love”, “Free Love”, and “Turn on, Tune in, Drop out” had attracted a population of young people pushing the boundaries of sexual and chemical norms. It was a mixed bag that included both intense darkness and light. By 1971 much of the social and cultural upheaval that characterized the period was waning, and many of the young people who had been such a driving force in the various powerful movements of the time were looking for sustainable avenues to channel their energies. Woodstock had come and gone. The Viet Nam war was winding down. The Civil Rights movement was losing focus. A cycle of prominent assassinations and bombings was ending. The flood of eastern holy men and women and gurus coming west was cresting. The promise of a chemically induced higher consciousness had degraded into addiction, broken lives, and legal repression. With so many currents of thought going on at the time, it would be difficult to identify a unifying theme. The buzzwords of the time were peace, equality, fairness, love, justice, and freedom.

Theodore Golas' book began its life with him handing out mimeographed copies to friends. These became so popular that he self-published it in book form. When these first copies quickly sold out, a formal publisher picked up the rights. It has been in print ever since. Having read the book years ago I can say that the writing is accessible and interesting, but for me the book's most outstanding feature is the title. The book is called A Lazy Man's Guide to Enlightenment. Priceless! Whether or not one appreciates the writing, that title is guaranteed to capture your interest.

The first two lines lay out the author's premise. “I am a lazy man. Laziness keeps me from believing that enlightenment demands effort, discipline, strict diet, non-smoking, and other evidences of virtue.” For many long time spiritual practitioners these two sentences would be enough to come to the conclusion that there can be little of value in the book. At the very least, for someone who has invested years in strict self-discipline and training in virtues the idea that it is all unnecessary could be a little disappointing. Like so many things, laziness is a relative term, and the author himself shows no signs of conventional laziness. His focus is on awareness, and it could easily be said that the sustained awareness he writes about only results from an extended regime of discipline and practice. Even for the lazy man “it don't come easy”.

In my opinion the book's popularity is completely due to the appeal of the title. While it does not suggest that we can get something for nothing, it does seem to say that there is a royal road, easy to walk, to the wisdom and contentment that we imagine enlightenment provides. It speaks to a feeling that seems to be universal. Whether it is openly expressed or dimly perceived everyone seems to sense that there is more to life than whatever it is we are experiencing at the moment. The words of some of the greats reinforce this idea: “the more I learn, the more I realize how little I know” - Socrates; “the things I do yet greater things shall you do” - Jesus. This is the basis for spiritual and religious traditions and the message of spiritual luminaries throughout time.

What if there were a royal road to enlightenment, a single quality that stands out above and beyond all others? In Theosophical literature there is a saying that is frequently repeated. In letter 54 of The Mahatma Letters we find it expressed as “motive is everything”. It is a sweeping statement that demands a deeper consideration. What does it mean? In what sense is motive so all encompassing? A brief example might help.

I have known people who changed their diet from meat eating to vegetarian. They had reviewed the numerous medical studies about the superiority of a plant based diet. In reading they found that heart disease is dramatically reduced; cancer is much less likely; high blood pressure, constipation, diabetes, stroke, obesity, elevated cholesterol all are greatly reduced with the change to a vegetarian diet. Their motivation for changing diet was the clear benefit to their health. After trying it for a short time they also found that they slept better at night and seemed to have more energy. There was the added benefit that when summer time came they looked much better in their bathing suits.

Other people I know also changed from a meat based to a vegetarian diet, but for different reasons. They too had read the studies and discovered the personal health benefits, but they had also steeped themselves in other research. These new vegetarians had read books like John Robbins' Diet for a New America, and had gained some insight into the practices of the meat industry. They discovered the enormous cruelty that went into the production of the foods they ate. They found themselves moved by the suffering inflicted on the animals at every phase of their lives from birth to the moment of slaughter, and made the commitment that they would not allow their eating habits to support systematic cruelty to other feeling beings.

So, what are the results? To the chicken whose life is spared because these two vegetarians are no longer purchasing flesh foods, it makes no difference at all. Why she is not being eaten is probably not uppermost in the chicken's consciousness. It's just good to be alive. But how does it affect the two individuals who have become vegetarians? In terms of their personal health, they both reap the benefits of improved vitality and greater disease prevention. What is the effect on the thinking of the two? Initially for the one who is focused on her personal health there is little change. Although the motive is self-improvement, the focus is still the self. Although it might be a healthier self, there is no expansion beyond personal boundaries, no broadened sense of connection with others, no extension of the sensitivity to the needs of others. To the one who is motivated by compassion for the suffering of others there is a dramatic expansion of the boundaries of self. It is simply a fact that when we care for others we enlarge the scope of our feeling and our thought. The limits for our sense of self expand as we identify with others. Our sensitivity to the feelings and needs of others grows. These are not things that necessarily make themselves known in greater income, or personal recognition. The effects are invisible, but real and lasting.

The fact is that our motivation colors everything that we do - all of our thoughts and actions. Often the consequences of our actions are unanticipated, but the productive motive behind them is something we can know quite intimately. Of the world's religions Buddhism seems to address this idea of the primacy of motive most directly. In countless recorded sayings of the Buddha it is clear that he “got it”. The first lines in the Dhammapada are “All that we are is the result of what we have thought: it is founded on our thoughts, it is made up of our thoughts. If a man speaks or acts with an evil thought, pain follows him, as the wheel follows the foot of the ox that draws the carriage...If a man speaks or acts with a pure thought, happiness follows him, like a shadow that never leaves him.” The second step in Buddha's Noble Eightfold Path is right motive/intention. In speaking to his monks on one occasion he made the point even more strongly, “O monks, what I call karma is motive.”

Not long ago someone told me a quote from Sigmund Freud that “Buddha was the greatest psychologist in the history of the world”. I thought it was a wonderful quote. In the interest of accuracy I Googled it, only to find that it is one of those great sayings that was never said, but should have been. Like Theosophy one of the beauties of the way Buddhism approaches the subject is that it is not simply theoretical. Like any good doctor more is required than a diagnosis. Some cure needs to be prescribed. While there are countless methods that are said to assist on the road to enlightenment, the only one that seems to guarantee a safe journey is an awareness and elevation of motive.

In The Voice of the Silence the all important first step is “to live to benefit mankind”. Mahayana Buddhism maintains a similar focus on Bodhicitta, the wisdom mind, which is the motivation to attain enlightenment in order to benefit all sentient beings. Like many profound statements we encounter, it is simple. The difficulty for many of us comes because we mistake simple for easy. The discovery of the countless “how to's” involved in living to benefit mankind is a life's work, but this part is secondary. Once the course is set, though we stumble and make a thousand mistakes along the way, ultimately the end is assured. Motive is everything.

We have 786 guests and no members online