[The magazine Vidya http://www.theosophysb.org/site/publications.html , edited by associates of the United Lodge of Theosophists in Santa Barbara, USA, published the following article in its summer 2012 issue; here slightly revised.] 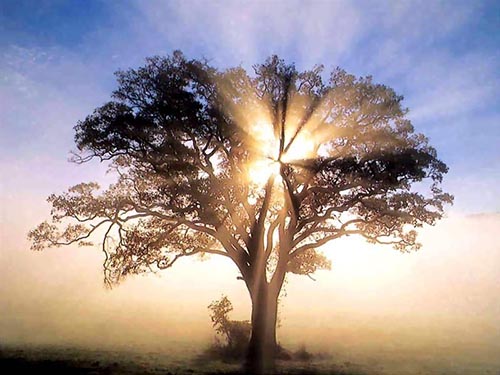 What might be the distinction between a doctrine and a dogma?

When we think of dogma, typically, we are thinking of belief. Inorganized religion, there is institutional requirement to make mental assent to a particular dogma or set of dogmas. One is under an obligation to say “I believe in that. I assent to that.” This affirmation, however, can sometimes be a recipe for a sort of spiritual schizophrenia. When we start assenting to things without thinking them through and testing them for ourselves, then we really do not know what we believe in. Theosophy takes an honest position in this regard. There is no place for blind belief. The doctrines are placed before the inquirer or the student to consider, think about and even perhaps revisit, without any obligation for believing in them by saying, “This is so” or for making any sort of mental assent.

The idea of Theosophia contrasts strongly with the assertions of dogma. With dogma, there is rigidity, and the feeling of being stuck in a certain set of ideas or beliefs. Theosophia is that abstract, absolute wisdom and knowledge gained by beings who had perfected their vestures and passed the knowledge along. Making the distinction between the formless and the form, between no-thing and that which is manifest-is fundamental in Theosophical thinking. Thereby our lower minds can be prevented from tending to grasp on to something in a way that we relinquish the responsibility attendant on being a manasa putra, a divine thinker. To analyse and synthesise ideas in a way that makes sense to us, and then to test those ideas through application, and to come to some understanding of ourselves by working through these ideas, is an authentic and vital approach.

Dogma and blind belief invite an attachment to certain concretised mind-sets. Thinking that we are right and that others, therefore are wrong, is an example of the bigotry that can come from such attachment. H. P. Blavatsky took pains to explain how bigotry and fanaticism can obscure the light of the ancient teachings, preserved and passed on to us by the brotherhood of adepts. Thinking about the idea of Theosophia and the motto of the Theosophical Movement, “There is no religion higher than truth,” – dissolves attachments and fixations to frozen and non-living ideas. It is ignorance that is at the root of bigotry. Students of Theosophy are as vulnerable to this limitation as anyone else. For example, by not fully comprehending the doctrines of karma and reincarnation, or even the more arcane doctrines such as that of globes, rounds and races, one could fall into the entrapment of being dogmatic about these very ideas.

Theosophy does not insist that we are the only ones who have the truth, or that we have the absolute truth. The absolute truth can never be expressed in words or in any theory, even if it is a Theosophical theory. If you can express it in words, it is not the absolute truth. Whether it is the Three Fundamental Propositions of The Secret Doctrine or any of the basic assumptions of Theosophy, we are constantly on a search for the Truth. We cannot rest. In that sense there is no dogma. In the case of some ideas that we ourselves may have rejected, in time we can come to see that there is some truth in them. An understanding of a particular theory may help you resolve certain problems and doubts, but it is not going to help to resolve every possible doubt and problem that you come across. As the Buddha illustrated in his parable of the boat; it is a vehicle that gets you across a particular bit of water. But at some point, like the boat, you will have to leave that particular understanding behind and move on.

The teachers always point out the way. They do not say, “Believe this. This is true and if I know it, you must believe it too.” In reality, you don't know it. You have got to find out if it is true, as the Buddha has taught. You have got to think it out for yourself. For them it is a lived truth. In the opening verses of the third part of The Voice of the Silence, it says, “The Teacher can but point the way. The Path is one for all; the means to reach the goal must vary with the Pilgrims.”

It is interesting that H.P.B. says that she respects atheists-not only agnostics, but atheists. One does not exclude anyone. In that sense, there is no dogma in Theosophy. One might think that if you are a Theosophist, that you have got to believe in reincarnation. But do you really know it is true? You cannot force other people and say, “This is the only truth.” and “I'm going to convert you” (if at all possible). There is no “conversion” in Theosophy. All true learning can be only a rediscovery of what we already know deep down.

Theosophy affirms that there is knowledge, a living wisdom.

This knowledge has been placed before us because it has been sifted, as H.P.B. says, like the gold from the mountains. Inquiring minds and thoughtful hearts have studied, learned and lived these ideas over and over again through the ages. H.P.B. is saying in a way, that if you look at these teachings and you spend time with them, they could awaken something in you too. The essence of Theosophy is not “head-learning.”

It is something that is lived.