In The Light of Theosophy

[This article appeared in the April 2015 issue of The Theosophical Movement. For more articles published in this excellent magazine follow this link: http://www.ultindia.org/previous_issues.html ]

Generally, as International Women’s Day approaches, social media engages in male-bashing – some of it is friendly and teasing, and the rest vicious and damaging. Pulling down men is not the way to women’s upliftment, observes Vinita Dawra Nangia. The author received a message from a woman, saying, “Women no longer cook like their mothers. They drink like their fathers.” She observes that instead of perpetuating strong sexist divide, we must realize that both men and women are equal and complementary to each other. Instead of trying to adopt masculine traits, women should try to be more confidently feminine. It is only when we appreciate the criticality of both masculine and feminine strength, and help nurture the feminine in the society, that we become equal and complete as human beings. 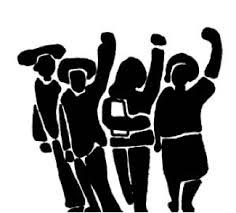 Women’s movement should aim at fighting oppression of women from every quarter. Women should be looking for freedom from dogmas, deep-rooted sexist attitudes, chauvinistic beliefs, and not freedom from men or the masculine. Is it even possible to do away with men and the masculine? “In every woman, there is a man, just as in every man, there is a woman. How can the two be torn asunder without harming the very fabric of life?” asks Vinita Nangia. Male and female are inseparable and equal as can be seen in the ardhanareshwara form of Shiva, symbolizing the meeting of masculine and feminine energy, wherein the Lord casts of half of himself to accommodate the female form of Parvati.

The answer to centuries of female oppression is not to prove that women are superior to men. Men in the kitchen and women in the boardroom is not the solution. “The purpose is to realize that we are two equal parts of a complete, ecstatic whole, where one cannot exist without the other….So we need to...consider—what is the future of relationships, of the male-female dynamics?” writes Vinita Nangia. (Times Life, Sunday Times of India, March 8, 2015)

In Letters That Have Helped Me, Mr. Judge writes that there is no sex at the level of Spirit. There, all men are women and all women are men, two coalesced into one. But in psychic consciousness there are still distinctions. Each human being prepares to move over from a male body to the female body, and vice versa in some subsequent life for gaining experience. All of us must have lived in the past incarnations many times in male, as well as, in female bodies by now. There are lessons to be learnt in both male and female bodies, and through masculine and feminine natures.

Matter is symbolized by woman and the powers of Matter or Shaktis are personified by women. Just as Spirit and Matter are but two aspects of One Reality, so are man and woman. “When man, the Soul unites with Wisdom the woman, he attains Enlightenment. If without her he cannot rise, without him she is an impotent abstraction,” writes Shri B. P. Wadia. For a long time now, men have assumed the position of superiority and women that of inferiority, and the way out is not by woman asserting her independence or trying in her turn to exploit men, but by trying to awaken in men the sense of duty towards women. Both men and women must recognize their duties and their interdependence.

“The more perfect the sympathy – in its best sense, of sharing another’s life and penetrating it with filaments of love – the more clearly the truth is apprehended…that masquerading under very different appearances, the soul of man and the soul of woman are the same.” It is through the love between the two sexes that life teaches the lessons of sympathy and unity, writes Charles Johnston.

Ardhanarishvara, is a composite androgynous form of the Hindu god Shiva and his consort Parvati (also known as Devi, Shakti and Uma in this icon). Ardhanarishvara is depicted as half male and half female, split down the middle. The right half is usually the male Shiva, illustrating his traditional attributes.

We have 713 guests and no members online