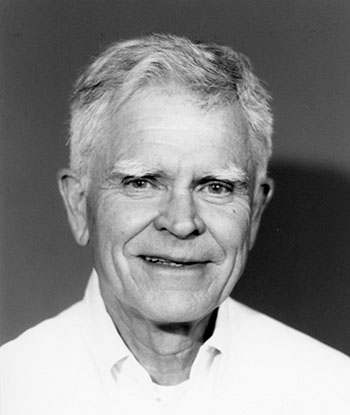 Richard W. Brooks, Ph.D., was professor emeritus of philosophy at Oakland University in Michigan. A longtime member of the Theosophical Society, priest in the Liberal Catholic Church, and a Co-Freemason, he wrote on topics ranging from religion to parapsychology. He was also co-editor of The Theosophical Encyclopedia. Richard lectured about Theosophy around the world and served as visiting instructor at the School of the Wisdom at Adyar, in Chennai, India.

After joining the Society in 1953, Richard served on the board of directors for many years and was very committed to the Detroit Lodge. As co-instructor of members' study classes, he regaled us with tales of well-known Theosophist he had befriended over the years. His contributions have been pivotal to the lodge's success.

I first met up with Richard when my wife Terezinha and I spent some months at Adyar in the late 1990s. At the time he conducted one of the sessions of the School of the Wisdom there. He was a kind, warmhearted man with a great sense of humor. I recall that he had adopted one of the many stray dogs who frequented the compound, in spite of the warnings that it was not always safe to do so since only some dogs were adequately vaccinated. The dog had become so attached to Richard that it would follow him all around the estate wherever he went and would sleep in front of the door of his room at Leadbeater Chambers. His talks were characterized by an enormous amount of factual knowledge, a profound tie with the teachings, and … humor.

Some time later Richard came to Brazil for a lecture tour and was guest at our home in Brasilia. It was there that I heard one of his most remarkable talks entitled: “I am dead, now, what do I do?”

It is my great pleasure to publish in this issue of Theosophy Forward four of the many wonderful articles he left us, honoring this driven and unique Theosophist. Special thanks to Janet Kerschner, archivist at Olcott in Wheaton, who, like always, very kindly helped me in my search.

We have 862 guests and no members online