The Unity Of Our Movement 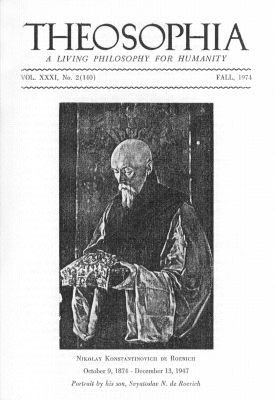 The unity of the Theosophical Movement is not determined by any organizational structure in which any single authoritative body holds hegemony over other groups and dictates to them their policies. The unity of the Movement is a totally spiritual factor which inheres in a similarity of aims, objectives and long-range plans, and derives its power from the basic precepts of the Ancient Wisdom and the common endeavor to implement at least some of them in one's daily life.

To realize that the Universe we live in is a manifestation of the One Life, nameless and undefinable; that all living things, both great and small, both visible and invisible, are bound together by unbreakable ties and evolve together towards a nobler and grander condition; that the outward world is but an imperfect image of inner realities which can be known by aspiration and training; that everyone of us is the result of what we have thought, felt and done in many previous lives; that we are the creators of our own future and the arbiters of our own fate; that evolution in its cyclic progress is universal and without beginning or end; and that the only truly scientific way to live and act is in accordance with universal laws, these and other convictions and ideals are the foundation upon which rests the spiritual unity of the men and women who are – organizationally or otherwise – an integral part of the Theosophical Movement. Their temporary adherence to any particular society or group, or their special devotion to any particular individual for whom they may have a special reverence, while excellent in themselves, do not constitute the enduring oneness of aspiration or the strength of conviction in the spiritual nature of the Universe which are the basis of their beliefs and their lives.

In all ages and eras of which we have historical records, any spiritual movement revitalizing among men age-old ideals and often forgotten knowledge, became eventually surrounded, and, at least to some degree, affected by a multiplicity of offshoots, reflecting but feebly the central knowledge, and largely mixed up with various types of wishful thinking, psychic visions, worldly ambitions and other distortions. For us to imagine that the situation has radically changed today is to give way to phantasies utterly unrelated to the sober facts of life. The twentieth (now the twenty-first, editor) century and our Movement now are not much different from the era of the early Gnostic Schools and the confused outward world in which, they originated, grew and spread.

What is of paramount importance is to preserve – unaltered and undiluted – in the midst of this variegated stage setting, face to face with the many curious variations upon the main theme, the original teachings as brought forward mainly by H. P. Blavatsky, so that they may serve at all times as a touchstone to appraise the value and worth of other ideas and concepts appearing from time to time upon the stage of world thought.