Theosophy in The New Yorker

“Vice-President Henry Wallace . . . was also considered something of an oddball: insiders mocked his fascination with plant genetics and gossiped about his enthusiasm for Nicholas Roerich, a Russian painter turned Theosophical guru. . . . / . . . In the [nineteen-] twenties, Roerich and his wife, Helena, blended aspects of Theosophy, Hinduism, and Tibetan Buddhism into a doctrine called Agni Yoga” (The New Yorker, October 14, 2013, pp. 104, 106).

Habits of the House

“The Countess d’Asti . . . had lately revealed herself as an admirer of Annie Besant, an earnest and influential mystic who campaigned for peace between nations, the end of world misery, anti-vivisection and so forth” (p. 80).

“Rosina glared but did not deign to reply when her father . . . teased her by saying that the Hague conference was a frippery inspired by Annie Besant and her friends” (pp. 82-3).

[This article is based on a talk given on March 7, 2013 one day after the national website on Piet Mondrian was launched. The author had the honor to talk about a recently acquired document from the Mondrian Archive at the Netherlands Institute of Art History: Mondrian’s Horoscope. The article has been slightly edited for style and coherence]

‘Character is Destiny’ - Piet Mondrian and his Horoscope

Recently the Netherlands Institute for Art History acquired the Harry Holtzman Estate on Piet Mondrian. Among the very few documents Mondrian preserved until his death is an interesting one: the horoscope Mondrian had drawn for himself late 1911-early 1912.

Already in 1993-1994 when I was working on the exhibition, “Piet Mondrian 1892-1914, The Amsterdam Years” in the Amsterdam City Archives, now housed in the building designed by Mondrian’s co-theosophist Karel de Bazel, I had several talks with my colleague Robert Welsh about the horoscope. I wondered what insights Mondrian had drawn from it, concerning his personality and his career. Judging from the vast network I uncovered during my investigations, it had become clear that Mondrian was not the stiff, introverted man he has always been judged to be. A better characterization would be: a solitary person among his fellow people, someone who weaved in and out of social circles in a receptive and playful, but at the same time reserved, independent and reflective way. ‘Piet, now you see him, now you don’t’, was the jokey description of him at gallery openings in Paris.

On 7 March 2013, the birthday of Mondrian, the website www.mondriaan.nl was launched. Posthumously Mondrian received an impressive and modern birthday present. Mondrian himself celebrated his birthday on 7 March 1908 by treating himself to a lecture Rudolf Steiner gave in Amsterdam. He kept the Dutch transcription of Steiner’s lectures all his life, together with his horoscope. Apparently they meant much to him.

“I have only one criticism of his [Watkins’s] book: he has a terrible way with hanging modifiers. The Theosophist Annie Besant’s life in measured out in heinous danglers, doggedly modifying the wrong noun (‘Intimate for a time with Annie Besant …, they had drifted apart in his later years’ . . . ”

Theo Tait, reviewing The Undiscovered Country: Journeys among the Dead, by Carl Watkins (Bodley Head) in the London Review of Books, June 6, 2013, p. 20. 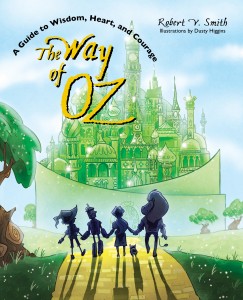