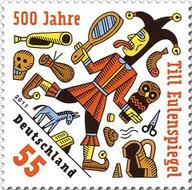 Albert Barnes was a true example of the American self-made man, who went from rags to riches. He was born in a rough working class neighborhood of Philadelphia, but being very intelligent, he had strong aspirations to emancipate from his environment. 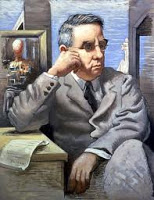 He literally fought his way into the University of Pennsylvania by earning his money in boxing matches. At the university Albert enrolled in medicine, but he was not interested in the practical side of it. Instead, he concentrated on chemistry and philosophy; he called himself a ‘philosophical chemist’. Because Germany was the center of chemical research at that time, he went to Germany to refine his studies in both areas. He studied at the department of experimental medicine and experimental physiology of the University in Berlin, for instance. Lack of money drove him back to America within 18 months. His new employer, a Philadelphia pharmaceutical company, where he worked at the sales department, sent him back to Germany to study pharmacology. In Heidelberg her eventually met Hermann and convinced him to go to the US.

Once in America, Hermann was disappointed in his salary and the poorly equipped lab he had to work in. He had an innovative mind, was a chemical expert and wanted to experiment. So within two years, he and Albert joined forces. Albert would propose ideas for products and Hermann would do the research and develop saleable products. Albert chose cheese first, but Hermann rejected this idea. Then an idea for bread turned into a flop. Then Albert thought of a disinfectant on the basis of silver. This was not a new idea at all, but Hermann produced a substance capable of holding a much larger quantity of silver to treat infections.

Eureka! A new product emerged: Argyrol. It was a treatment against gonorrhea, principally used as a preventive treatment in gonorrheal blindness in neonates.

Soon the roles of the two partners in the company crystallized. Hermann was the scientist, Albert became the salesman. Albert’s marketing methods were unusual. He circumvented the wholesale distributors by visiting the doctors personally with testimonials from leading practitioners. Viral marketing – the way many marketers today regard marketing as most successful.
The money came rolling in by buckets. Where money comes in, dissenting points of view usually follow. Albert started to refuse to disclose financial matters to Hermann, and consequently Hermann kept the scientific formula to himself. In 1907, Albert brought his partner to court to buy him out. For a whopping amount of $350,000 Albert could call himself the owner of Argyrol. Hermann and his role in the discovery of the formula were filtered out of history.

Hermann in the meantime had become a member of the Theosophical Society: in June 1904. As a result, Hermann was inclined to view the conceptual and philosophical basis of life’s chemical elements from a Theosophical perspective  It shows that he of the two partners was more interested in conceptual, philosophical ideas about the way life was essentially a product of chemical elements. Thus the two partners went different roads altogether.

Argyrol went on to make a millionaire of Albert. While the money kept rolling in, he could devote his time to his love of art. Art. Aware of the fact that he was not an artist himself, he became an art collector.

A former classmate, the well-known painter William Glackens, judged his collection as mediocre. Now this verdict did not please the ambitious Albert. So he sent William to Paris with a budget of $ 20,000 to spend on the avant-garde. Later Albert went himself. He soon became well-known as the big spender – when he left his hotel, would be confronted by a crowd of artist and dealers, who would hold up their work for him to buy. 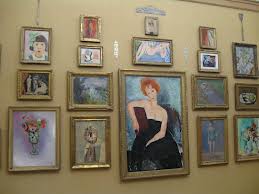 But money doesn’t buy manners. Albert became known as a rude person, who could be very vindictive when people did not agree with his opinions. He scorned the established art world, because it had scorned his art collection at a public display in 1921 - and it would scorn it again in 1923. 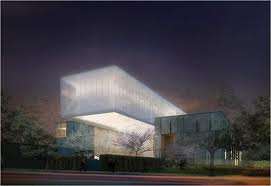 Albert retaliated. He dedicated his museum, opened in 1922, to poor  uneducated– and black – people. In other words, he radicalized the 19th century idea of educating the masses into a private, authoritarian enterprise. He was revolutionary in that sense, that he hung his paintings in his pharmaceutical factory: an early example of  'art in the office'. But it should also be said that the real reason his lack of space at home. Albert’s museum was only open to people he liked, others were rudely kept from the door. Why was Albert so obnoxious? Social Reformer John Dewey, who inspired Albert to his educational system and one of the few persons Albert stayed in touch with, described him as ‘having an inferiority complex’, which turned him into a bully. (View the pictures on the internet: he never smiles!) The new Albert C. Barnes Museum, which opened this year, is now under severe public attack, because the city intends to bring in the millions by making the collection into a tourist attraction (!).

Hermann went to live in Cook, Chicago, and started his own enterprise. He was naturalized in 1907, got married to Christina from Åmål in Sweden (she had been on the same boat to America...). The couple had one daughter, Mona Wandanita (1909-2000), who in 1949 married Bruno W. Siemers (1911-2006 in Germany). Hermann might not have accumulated such a fortune as Albert, but he was not poor either. In the 1930s he lived in a $ 50,000 villa near the lake (post-Crash estimate).
He also attracted some media attention for new ideas. The following excerpt from a 1911 newspaper would be ecologically applicable today. Another part (still) sounds like science fiction.
The Daily News, Frederick, MD, March 29, 1911.

Startling theory is true. Dr. Hille tells of production of nutriment from chemicals.
“News dispatches from Chicago that Dr. Hermann Hille, a wealthy scientist, has discovered that it is possible to manufacture food for the human species from earth or from air, attracted considerable attention in the city and recalled clearly the startling theories of John Jacob Astor on the same subject, published on Christmas Day. Dr. Hille in an address before the Chicago Medical Society, announced his discoveries. Mr. Astor wrote his article only as an educated layman, but the scientist confirms every word he wrote.

Mr. Astor wrote on the food problem and his main theory was that we may find in the waste substances of the earth sufficient nutrition to cause us to look with equanimity upon the disappearance of vegetables or the scarcity of meat-producing animals. Either we should find some way of eating those waste products or we should evolve edible animals that could live upon them. …

Dr. Hille, who is a graduate of German universities, declared that all life is chemical and that he had discovered a chemical compound which contains in solution every chemical form in the human body, that by use of this, vegetables as food may be eliminated, and the chemist of the future, instead of the butcher and the baker, will supply the food of the populace. …
At the meeting, Hermann also showed a bottle with copper sulphate, on which fungus were thriving. He told that Dr. Swann of South Chicago has cured a case of tuberculosis with organic copper, ‘while Dr.

Webster was employing it on another case with flattering results’.”
Hermann was clearly the idealist, the thinker, who wanted to change the world into a better place. Occult chemistry in theosophical circles and his strictly scientific approach apparently went well together – as with many scientists at that time. Even Einstein read Blavatsky, if it were only to tickle his brain. He called the book a box full of mysterious goodies.

Hermann stayed a Theosophist all his life – although I haven’t been able to find when he died exactly. In any case, he was not removed from the membership list, or had himself removed. In 1931 a lengthy essay of his hand was published in the World Theosophy Magazine. This magazine was edited by the flamboyant Mary Russak Hotchener, who was also part of my previous entry in this blog. The title of Hermann’s essay is: ‘Why I Do Not Go to Church’. The introductory footnote explains the impetus of the essay;  it was ‘…supplied by a discussion of the pros and cons among a group of earnest physicians constituting “The Medical Round Table of Chicago”.’

In the autobiographical essay, Hermann describes that as a boy he already was a deeply spiritual person, but in the strictly ‘agnostic’ environment of German science this inclination had been so suppressed, that he regarded himself as non-religious too. When he came to America, the pendulum swung to the other side: he immersed himself in occult circles and joined societies (Aha! Not only theosophy! Aha! Was this the real reason for the break with Albert?). But after a while he realized that dabbling in popular occultist practices had nothing to do with the practice and development of spirituality; it was dangerous and addictive. Hermann here cites Friedrich Schiller – ‘who, by the way, was an army surgeon’ – from his poem Der Taucher (1797):

Hermann states, that he believes in keeping his feet on solid ground and only his head in the sky. His interpretation of the motto of the Theosophical Society, ‘There is no wisdom higher than truth’, was reformulated by him into ‘There is no authority greater than our own reason and our own conscience’, adding to it the Bible text from Proverbs 23: ‘After all: “As a man thinketh in his heart, so is he”.‘

Well. What is there more to say about Hermann? He did not become a public figure like Albert. His daughter also became a Theosophist and a minor poet in a Chicago circle called The Parnassian. The funniest thing I found is the assignment of two patents from Severin L. Egenas to Hermann and his daughter, dated 1940. One of the patents is on aerial navigation. The other is a patent for a toilet flush. I can advise you to check the Wiki page on toilets, and discover a whole new world. Check the site against your own toilet, and discover if the site is accurate…