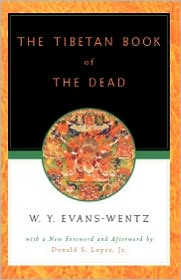 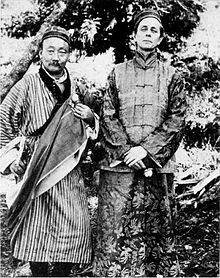 The new edition traces the book’s composition and contents back to “Henry Steel Olcott, Helena Petrovna Blavatsky and the Theosophical Society, whose teachings of a vaguely Indic religion behind all religions, preserved and telepathically transmitted by hidden masters beyond the Himalayas, attracted a young dreamer and adventurer from New Jersey,” namely W. Y. Evans-Wentz (1878-1965). Evans-Wentz (according to Wikipedia) had read Blavatsky’s two major works, Isis Unveiled and The Secret Doctrine, as a teenager. After taking his first two degrees at Stanford University, he studied Celtic mythology at Jesus College, Oxford. The latter academic work resulted in another Theosophically oriented book on The Fairy-Faith in Celtic Countries (1911). Evans-Wentz’s very influential work is an instance of the effect Theosophy has had on modern culture, which is generally unknown, even by Theosophists.