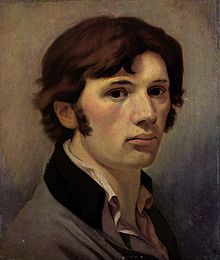 One of the central aspects of Runge’s Wahre Kunst is his Farbenlehre (theory of colors), published in 1810. It includes not only the explanation of the divine origin of colors but also instructions for their application according to his artistic theory. In this article I will give a short introduction to Runge’s comprehension of Wahre Kunst and briefly explain his Farbenlehre in three steps:
1)    the esoteric origin of black and white as well as all colors, including the symbolic content of the three primary colors;
2)    the effect of application; and
3)    the laws of harmony between colors.

In the second part I will show the influence of Runge’s Farbenlehre on his own works as well as on modern artists. Last but not least, I will raise the question whether the understanding of these works has to be supplemented with Jacob Böhme’s (1575-1624) Theosophical ideas. 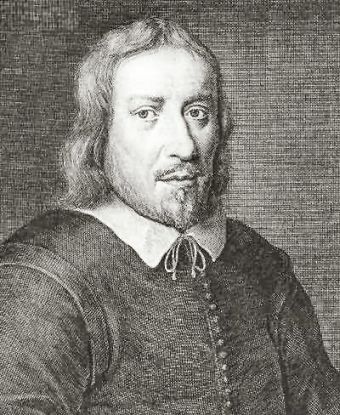 Böhme’s influence on Runge’s understanding of art has not been researched in a sufficient way until today. If scholars deal with its religious impact, most of them either refer to Christianity only or mention Böhme’s influence without providing satisfactory proof.1 I believe that an esoteric approach leads to a deeper understanding of both Runge’s works and of the painters influenced by him.1. Theoretical Background

Runge’s spiritual view on fine art is founded on his religious upbringing by his Protestant parents. During his education he became acquainted with current ideas such as Goethe’s programmatic demands in the Propyläen or the theories of early Romantics like Tieck and Novalis. The early Romantics propagated a religious understanding of the artists’ work. Yet, they do not reflect the Christian doctrine in a traditional way but from Jacob Böhme’s mystic and esoteric perspective: God as the creator of the world is perceived to be origin of all things. However, the whole creation became separated from God and fell into matter. Even though it is held captive in the physical world with its dualistic principles, creation still contains a glimpse of its divine origin that reminds of the original unity. Regaining this unity with God by leaving the world of matter behind is the main goal of all life. The understanding of the revelation of light (fiat lux) as it is described in the book of Genesis is central to and the most important key for this process. Therefore, it is not only the responsibility of the sciences but also of the arts to lead creation to its salvation, the so-called Golden Age. This perspective of art is therefore called Wahre Kunst (True Art).

Taking this esoteric cosmology into account, it is not surprising that Runge himself states Böhme’s theosophy as a major influence.

The Farbenkugel (color sphere) illustrates both his theoretical and his religious understanding of colors (fig.1). By borrowing the image of the globe from an edition of Jacob Böhme’s writings, he underlines his relationship to Böhme and his holistic ambitions.2 The Farbenkugel consists of twelve colors: the three primary colors blue, red and yellow, the mixed colors violet, orange and green and six Zwischenfarben which regulate the steps in between. Black and white are placed at the two poles.

Runge defines black and white as Nichtfarben (non-colors). While white symbolizes light and good, black stands for evil and the absence of light. 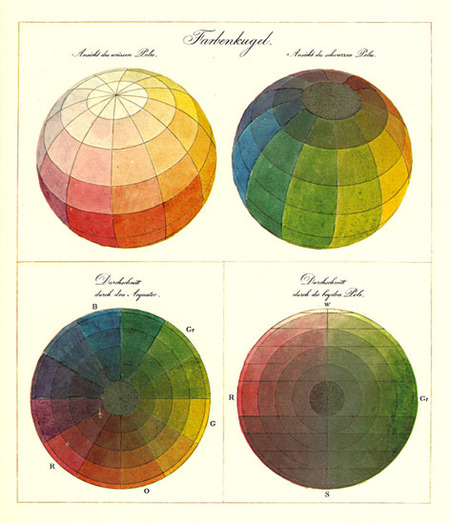 Just as the world is situated in the spheres of good and evil, the colors are arranged between the two extreme poles on the Farbenkugel. However, God has given colors to his creation in order to reveal the way to original unity. In this context, colors can be described as signature rerum, as indications referring to God and Light.

Even though Newton’s results could also have had an influence on Runge’s view on the connection between light and color,3 he owes the idea of the revelation of God and of religion to Böhme. He states that God consists of seven Quellgeister (‘spiritual qualities’) which evolve an eternal light, i.e. the Son.4
Just as Böhme assigns distinctive individual features such as color, qualities and sound to the seven Quellgeister, Runge equates the Holy Trinity with the primary colors. While blue indicates the Father, red symbolizes the Son (Jesus Christ) and yellow the Holy Spirit.

The effect of the application

Due to the fall of creation into matter when the divine aspect became enclosed in the dualistic world of black and white, the world can only show its divine origin through colors.

Runge totally agrees with Böhme’s opinion about color. Since the divine aspect is trapped in the material world, all beings will never be totally good or evil, but always remain in between the two forces, as color will never reach the brightness of white or the darkness of black. This condition is central to Runge’s view of the harmony of colors.

The harmony of colors

While the combination of two neighboring  colors on the Farbenkugel create a monotone effect and only grey succeeds in lightening the individual features of both colors,8 the combination of two complementary colors which are situated opposite each other on the Farbenkugel – such as red and green, yellow and violet or blue and orange – have a harmonious effect. Runge believes that the boundary between these colors diminishes and is perceived as grey by the spectator.9

Still the phenomenon of disharmony of colors can only be observed with non-transparent, material colors. The mixture of transparent colors that are not bound to matter prove to be pure and white.10 He concludes that all transparent colors have to create a harmonious outcome, just like the original unity of God is harmonious