I've camped here many times since friends showed me this place in 1985 and it is one of my favorite places on Earth. After a few days, I feel one with nature here and the wind talks to me, especially at night.

In this moonless night I hiked up towards the Salton Sea, using a tripod for long exposure (25 sec.) facing the West, where city lights of the Coachella Valley are quite strong. Towards the end I used a tiny keyring flashlight to paint light into the desert, highlighting brushes and cacti, which created these somewhat surreal, under-water like scenes. 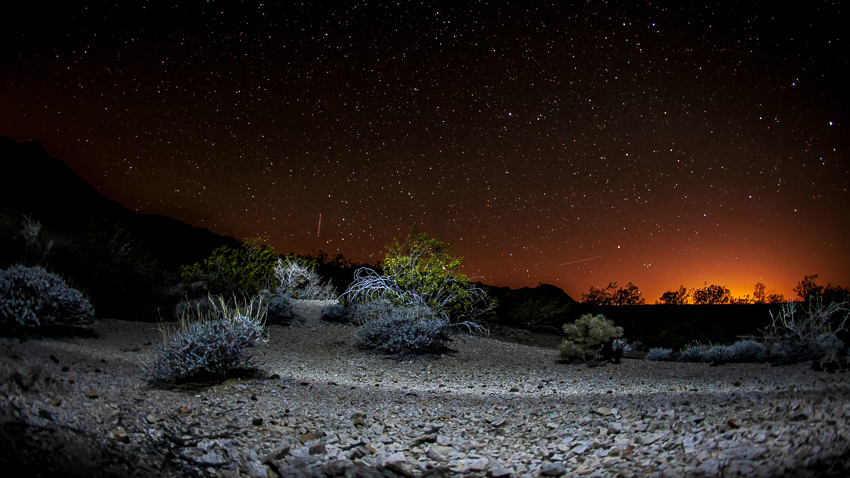 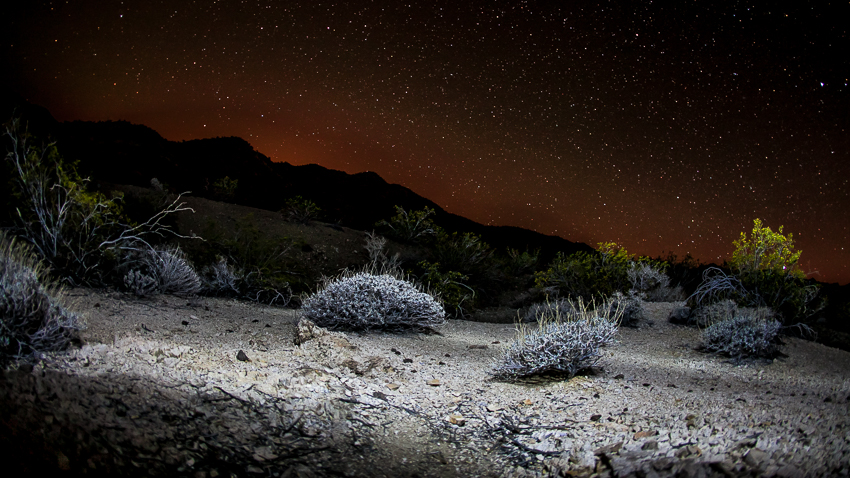 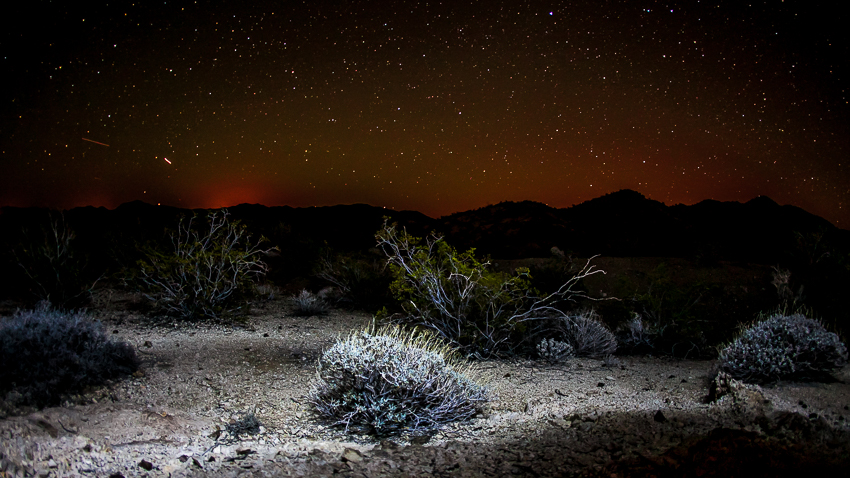