In 1904 Schweitzer was inspired to become a medical missionary after reading an evangelical paper regarding the needs of medical missions. He studied medicine from 1905 to 1913 at the University of Strasbourg. He also raised money to establish a hospital in Lambaréné, in French Equatorial Africa. Over the years, he built a large hospital that served thousands of Africans. Schweitzer used his $33,000 Nobel prize to expand the hospital and to build a leper colony. In 1955 Queen Elizabeth II awarded Schweitzer the “Order of Merit,” Britain's highest civilian honour.

Schweitzer, a profound Christian with convictions deeply rooted in the Christian tradition, was always open towards and genuinely interested in the spiritual quest of others. When one explores his writings and studies his life, it becomes apparent that his world vision was surprisingly similar to the Theosophical worldview and that at some point in his life he must have been exposed to Theosophy. Thanks to the efforts of one of the readers of Theosophy Forward, Renate zum Tobel, we now have confirmation that earlier in his life, before 1913, he met up with Rudolf Steiner and Annie Besant in Strasbourg.

To substantiate the above, we hereby print the text of a letter Albert Schweitzer wrote to Bruno Walter, a word famous German-born conductor, in Beverly Hills, California, on 8 November 1960. 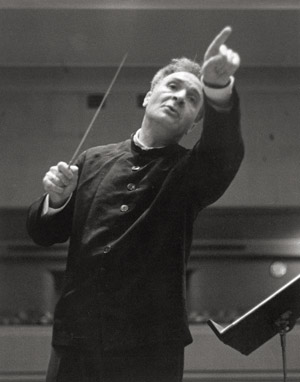 Much as I would like to, I cannot supply pieces that are not part of my normal program. That is why you have had to wait for my account of my experiences with Rudolf Steiner. Thank you for sending me all those writings about him. I have most of them in my library in Gunsbach, but it was easier getting them from you than having them sent to me from my library. The most valuable item was the autobiography. The reader really gets to know him. Too bad death took the pen from his hands.

I will write about our meeting in Strasbourg, where Annie Besant introduced us. I can still remember our conversations. They inspired me to keep dealing with him and to remain cognizant of his importance. What the two of us share is a desire to replace the uncivilized with civilization. In Strasbourg, we both realized we had this rapport. He expected civilization to emerge from ethical thinking and from the insights of the humanities. In terms of my own character, I had to stick to having civilization come forth from an immersion in the true essence of the ethical. In this way I came to the ethics of the reverence for life which, I hope, will instigate the emergence of civilization.

I realize that Rudolf Steiner greatly regretted that I stuck to the old way of thinking, but we both felt the same obligation to lead people back to true civilization. I was delighted at what he managed to achieve in the world with his great personality and his profound humanity.
Everyone should follow the road that is his.

Note from the editor:
This article was previously published on Theosophy Forward in December 2009.