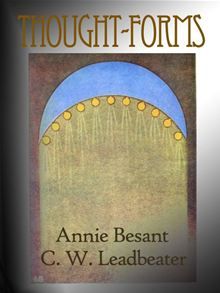 To see how Besant envisioned them, pick up a copy of "Thought Forms," a book she co-wrote in 1905. Better yet, visit the Stony Island Arts Bank, where the formidable curator Carolyn Christov-Bakargiev has assembled an unusual exhibition devoted to Besant's ideas, writings and influence among contemporary artists.

Christov-Bakargiev, who in January became the director of a museum consortium in Turin, Italy, after organizing the 14th Istanbul Biennial and dOCUMENTA (13), two of the most prestigious art festivals in the world, has found a suitable temporary home for Besant. Born in London in 1847, Besant defied every norm in pursuit of that which she believed to be true. In 1873 she separated from her clergyman husband when their religious and political views diverged. In 1877 she was jailed for publishing a book about birth control. In the 1880s she was a leading speaker and columnist for socialist, union and Marxist causes, and a supporter of Irish home rule. In 1888 she was elected to the London School Board at a time when women had no right to vote. The second half of her life was devoted to Theosophy, a universal spiritual movement with the motto: There is no religion higher than truth. Theosophy led her to India, where she became president of the Theosophical Society, campaigned against British rule and in 1917 led the Indian National Congress. She died at the age of 85. A neighborhood in Chennai, the capital city of the Indian state of Tamil Nadu, is named in her honor.

For the COMPLETE article follow this link to the Chicago Tribune:

We have 682 guests and no members online