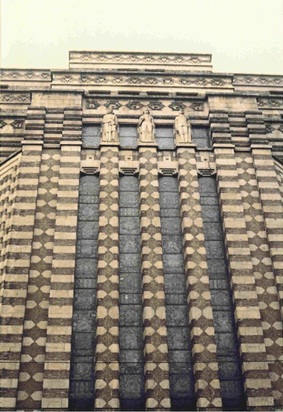 Finally I want to examine the glass roof above the two central courts, the main halls on the ground floor. In the first design for the building the central courts were to be crowned by a pointed, triangular roof rising above the building. Because the Board of Directors demanded more stories, the view on the roof from the street disappeared. But it is still there (fig.5). 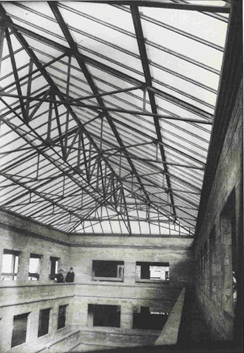