Cults generally possess negative connotations to the general public: consisting of adherents who follow false teachings, who engage in strange practices in its teachings, and who are incapable of pursuing a rational outlook on life. More precise, and less judgmental is the definition in R. Stark and W. S. Bainbridge's A THEORY OF RELIGION: "A cult is a deviant religious organization with novel beliefs and practices."  Although cults came to the attention of the public in the early 1960s, one organization that arose decades earlier was the Aquarian Foundation founded by Edward Arthur Wilson (1878–1938)—better known as Brother XII—a charismatic and brilliant exponent of teachings that reflected and in some ways advanced the Theosophical Movement. 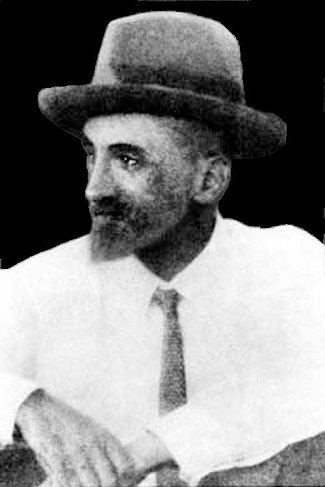 The Aquarian Foundation, if guided  benevolently, carried the promise of becoming a successful and influential organization that could have rivaled the earlier successes of the Theosophical Society and its later offshoot, the Anthroposophical Society.  Its downfall can only be ascribed to the almost complete reversal of personality that resulted in acts of tyranny, torment and virtual slavery.  This paper discusses the rise of the Aquarian Foundation and its leader, Brother XII, and its eventually downfall, all within the time-span of seven years.

Regarding HPB, Wilson (Brother XII) was a Theosophist for a short period of time, but followed HPB, not Besant, Leadbeater, or Bailey.  He called her a Brother, but one who failed for reasons not limited to her own failings.  Wilson continued the Work of the Brothers with the implication that he would succeed.  The teaching is more millenarian and focused more on the incarnations of souls to make the sixth sub-Race.  The settlement in British Columbia echoed those in California (Krotona and Point Loma).

The teaching is Theosophical in content, but not limited to the Society

For a collage of relevant photos plus descriptions, click HERE