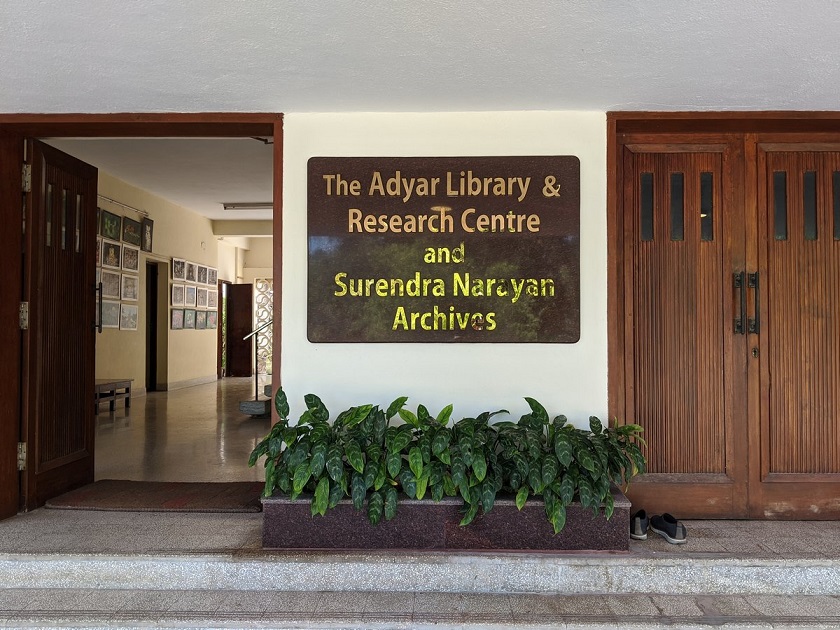 As wife of George Arundale, Rukmini Devi would have been notable in the Theosophical Society even if she had not been such a strong and unique person in her own right. He was active in the Society for the Promotion of National Education and in political activities, in addition to his many TS activities. In 1926, he became General Secretary of the Australian Section, and in 1928 took up the same role in India. Rukmini accompanied her husband on many of his lecture tours around the world, and was acclaimed as a speaker and dancer everywhere. They traveled to the United States to dedicate the new headquarters building in 1927, and returned in 1929 for the World Congress in Chicago.

The Arundales became involved with the International Theosophical Centre in Naarden, the Netherlands:

In 1930, Dr. Arundale became the Head of the [International Theosophical] Centre at Naarden in the Netherlands, and remained so until 1934, when he became President of the Theosophical Society. Rukmini Devi succeeded him and was the Head of the Centre till she passed away in 1986. Although her chief activities were in India in the fields of art, education and animal welfare, she visited the Centre as often as she could, which was usually once a year. Rukmini Devi always took a broad view of theosophy in which the arts, animal welfare and vegetarianism were integrated in theosophy.]

Dr. Arundale assumed the Presidency late in 1933, and continued in this role until his death in 1945. Rukmini was only 39 years old when he died. For many years, she served as a member of the General Council, international governing body of the Theosophical Society, and from time to time on the Society's Executive Committee. She was frequently invited to lecture around the world, such as in 1952 when she was guest of honor at the annual convention of the Theosophical Society in America and went on to tour across the country. That year she was also invited to open the new lodge premises at Saigon, Vietnam.]

When Mr. Jinarājadāsa, suffering from ill health, retired from the Presidency in 1953, Rukmini Devi received sixteen nominations as a candidate to succeed him. That put her in the position of running against her brother, Nilakanta Sri Ram, who eventually won the election.]

During a 1929 ocean journey to Australia, the Arundales met Anna Pavlova, the great Russian ballerina, and struck up a friendship. Pavlova taught Rukmini ballet movements, and encouraged her to dance, not only in ballet, but in the classical tradition of India. Rukmini Devi became interested in a dance, the “Sadir attam,” that was performed by a class of dancing girls who were widely viewed as disreputable. She could see beyond the tacky costumes and vulgarity of the dance to its inner beauty. Since women of her caste were never permitted to associate with the dancers, it took considerable effort for her to find someone who could teach her - Guru Sri Pandanainallur Meenakshi Sundaram Pillai. She did succeed in learning the movements, and refined the dance, bringing it closer to its original artistic form under the name "Bharathanatyam." "She was solely responsible for lifting this art to great heights, and making it well known all over India. It was because of her that people in the North came to know that there was such a thing as a Temple dance."

Her first public performance was at the Diamond Jubilee Convention of the Theosophical Society in 1935. She wrote, "At the Diamond Jubilee Convention we had expected about two hundred people but two thousand turned up. There was so much excitement. More than anything, it totally changed people's prejudice towards the dance. "She continued: "Dr. Arundale himself thought at first it was a delightful hobby but when he saw me dance during that Diamond Jubilee Convention in 1935, he was greatly moved. He told me later it was a spiritual experience like a meditation. He and Dr. Cousins were convinced that it was a spiritual medium which could be part of the Theosophical work. "Clara Codd wrote of the performance, "You cannot imagine the supreme beauty of those thrilling dances and their dancer. I could have gazed forever. She had a dress copied from an old Rajput picture and at the side of the platform sat a row of Indian musicians. It was an experience of tremendous beauty."

Thereafter Rukmini was much in demand to demonstrate and teach her art.

Her passing on February 24, 1986 came as a great shock. “Crowds had gathered with garlands and wreaths to pay their last respects. The Governor, Ministers of States and other prominent citizens of Madras all came to pay their homage for truly she was a woman whose passing the whole country mourned. As a singular mark of respect, homage was paid to her in the Tamilnadu [state] Assembly which stood in silence.”

Funeral rites were simple. A brief Christian memorial service was attended by close family and friends at Arundale House, conducted by John Clarke. In the Hindu tradition, a 10th Day ceremony was held. It included reading of excerpts from the Taittareya Upanishad and bhajans sung by Sridevi Mehta.

For much more on Rukmini Devi go to: https://theosophy.wiki/en/Rukmini_Devi_Arundale

The historical photos which now follow, were taken long before the digital era; they had to be resized and edited in order to prepare them for publication. All of them were carefully selected by the officer in charge of the Surendra Narayan Archives, JAISHREE KANNAN. Special thanks to JANET KERSCHNER, archivist at Olcott in Wheaton, whose unswerving work for Theosophy Wiki deserves our respect. Theosophy Forward’s editor is grateful for their wonderful cooperation. 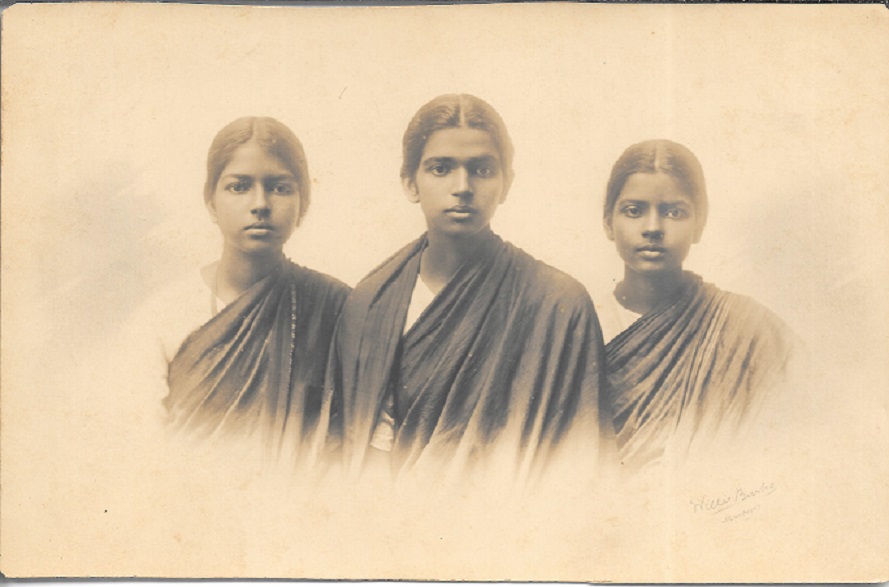 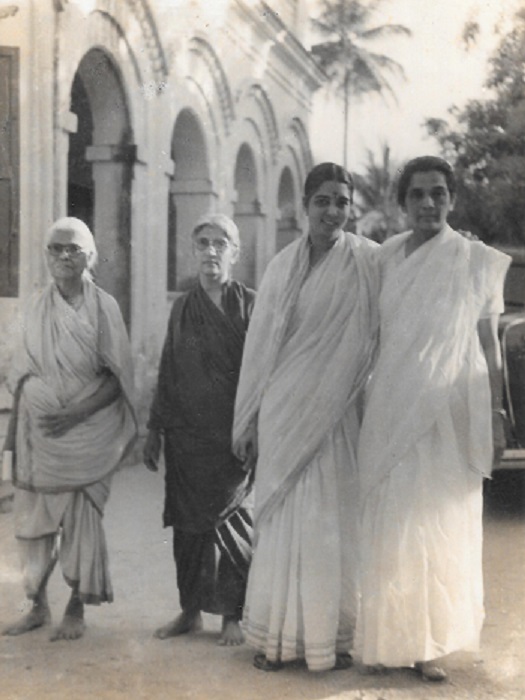 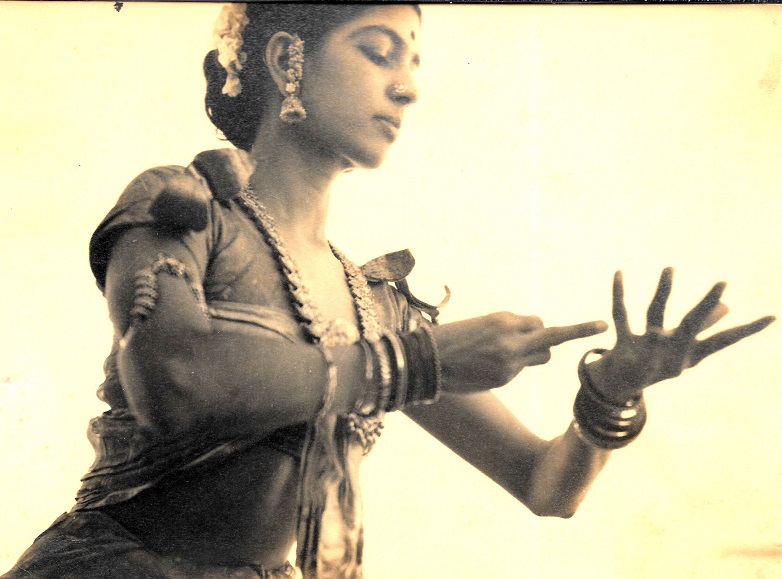 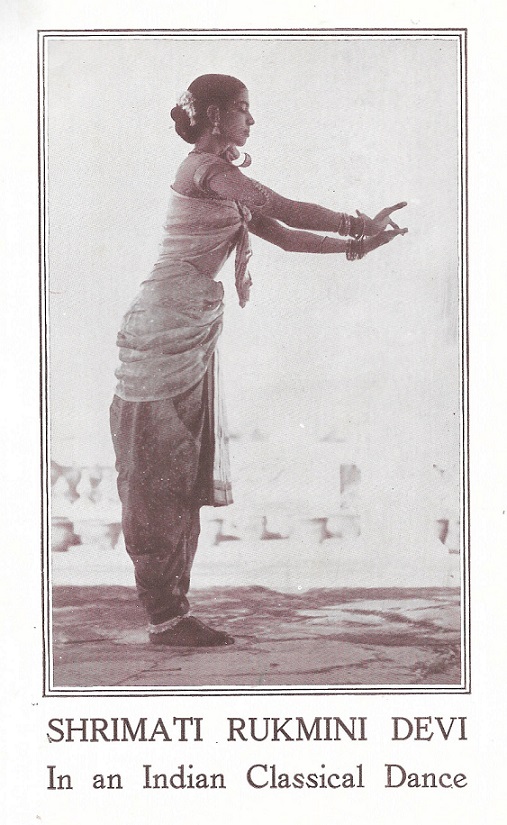 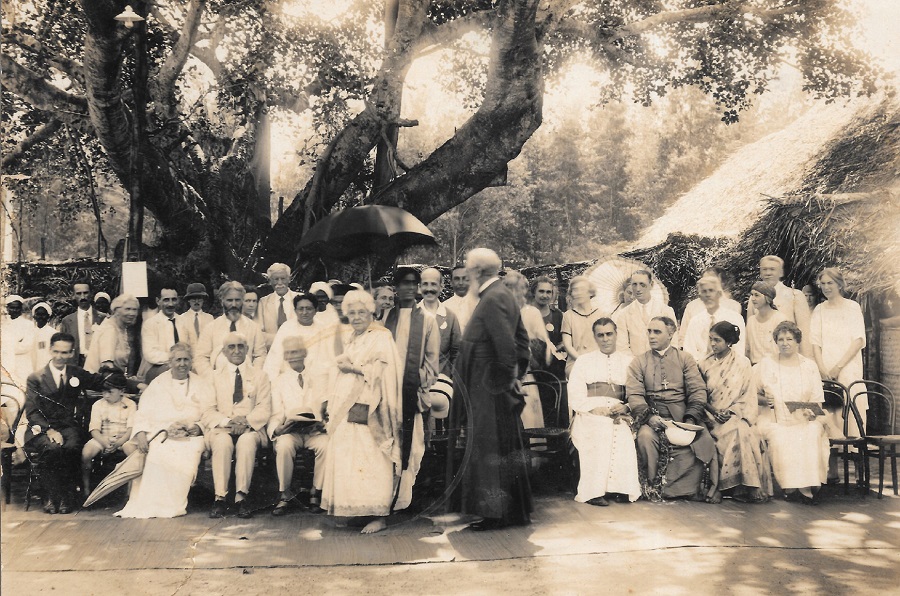 International Convention, Adyar 1925, under the  famous Banyan tree. Among the participants were Margaret and James Cousins (standing), Bishop Wedgewood and  the Arundales. Furthermore and clearly visible, Annie Besant, C.W. Leadbeater and Krishnaji 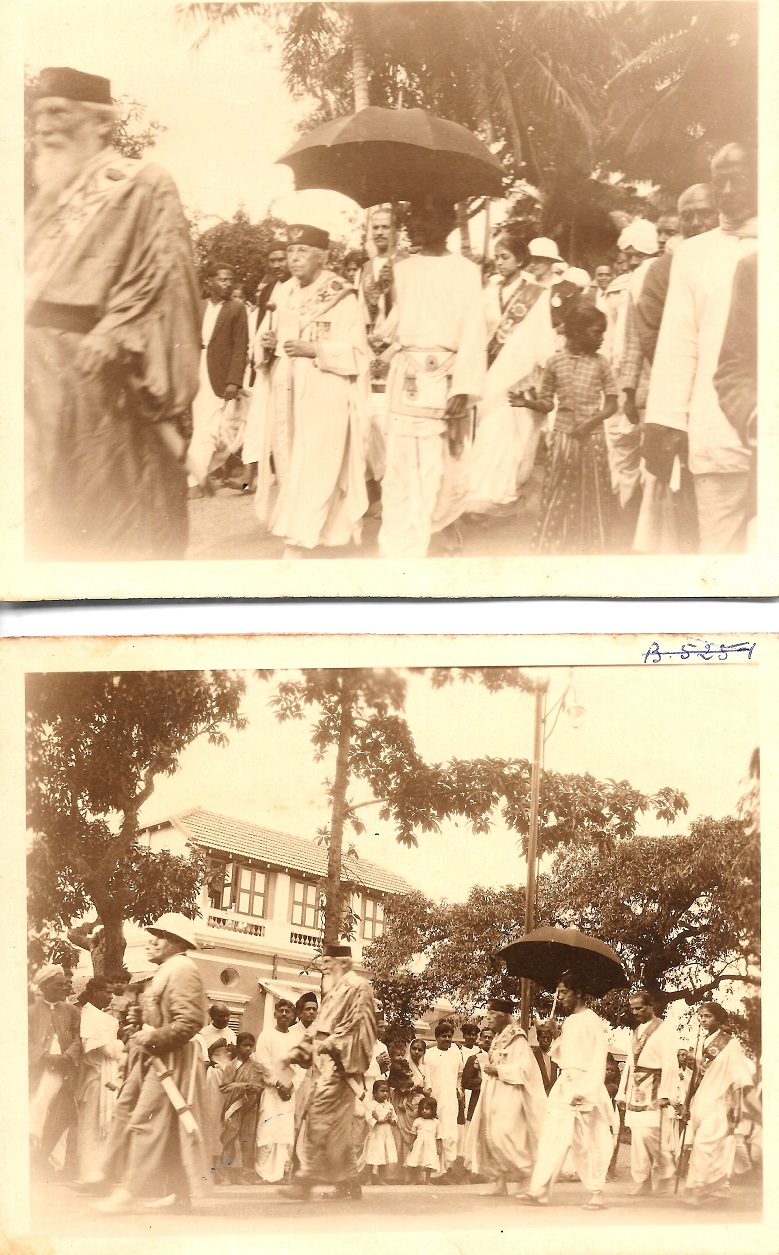 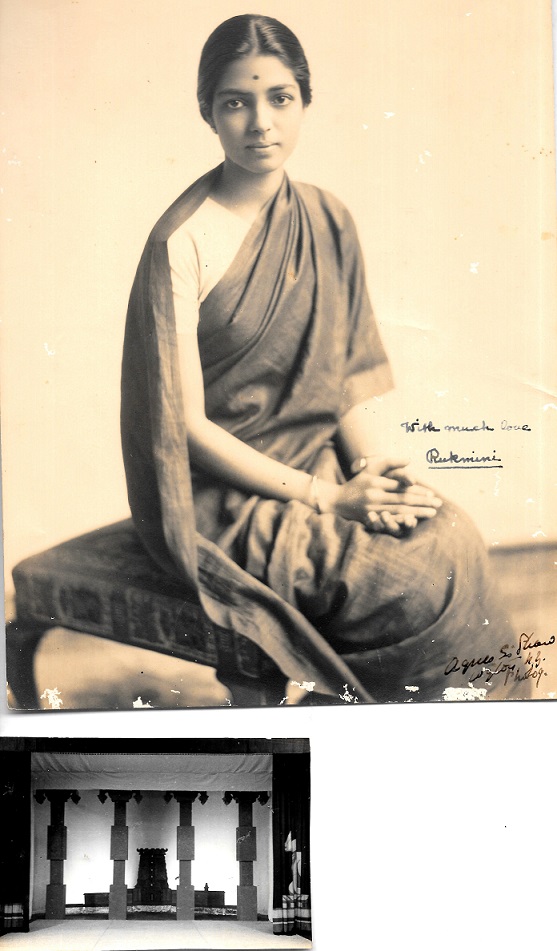 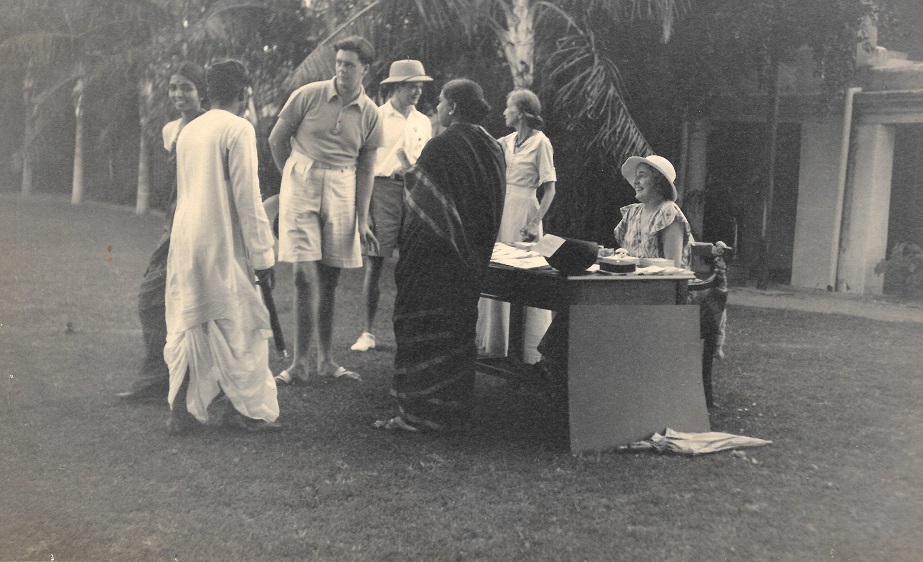 Rukmini on the far left smiling, Felix Layton, Bhagirathi, Barbara Sellon and Caterina Patricchio at the 1936 Convention, Adyar.The tall man with the bermuda-shorts is a young John Coats 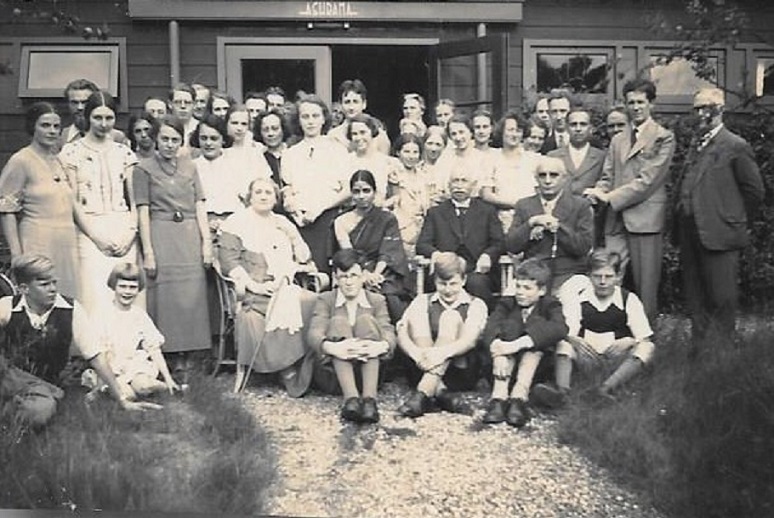 A unique photo, taken durting the opening of the "Pioneer Youth Lodge" in Huizen, the Netherlands in 1936. Rukimini wirh her husband Geortge Arundale are sitting. Nowadays this part of Huizen is called Naarden and the estate is the International Theosophical Centre. The building visible in the background is still standing and now carries the name Ashrama 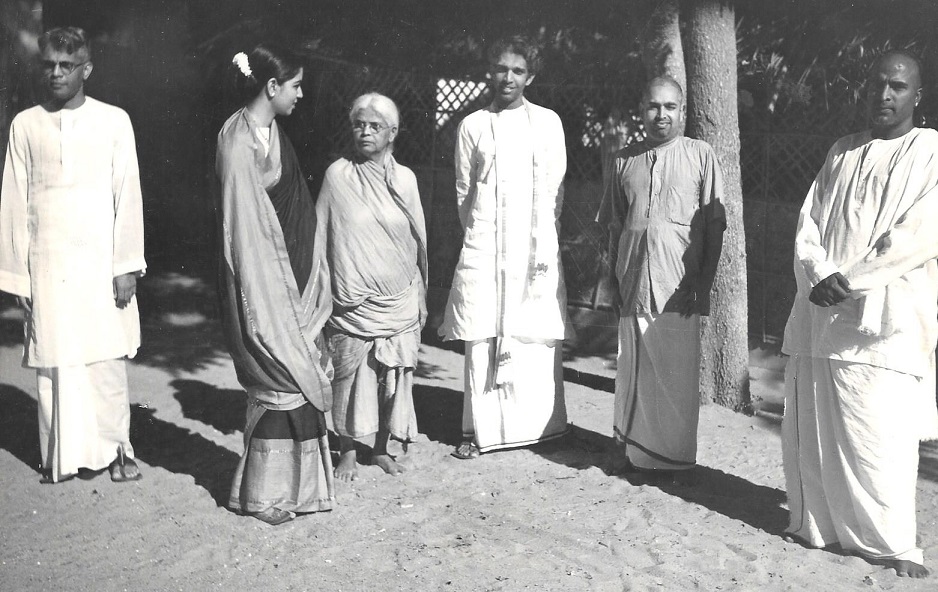 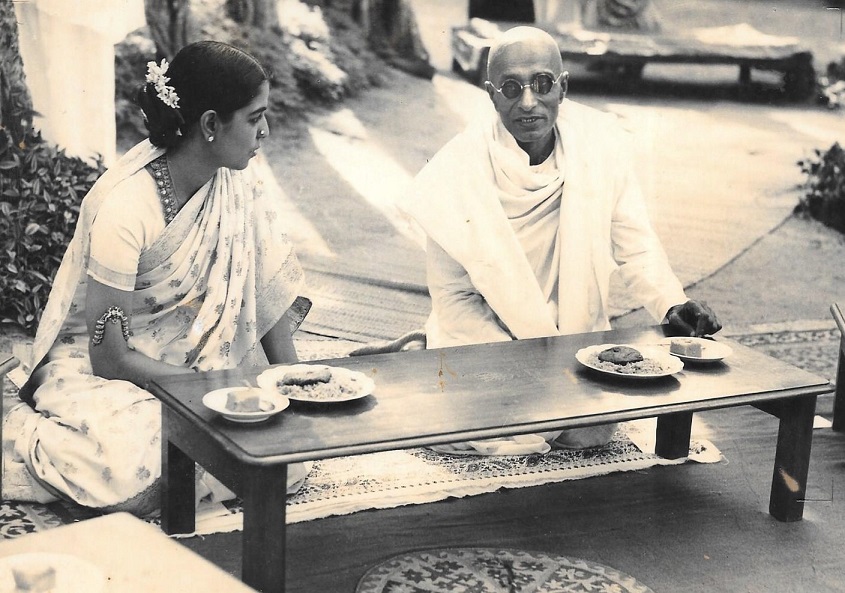 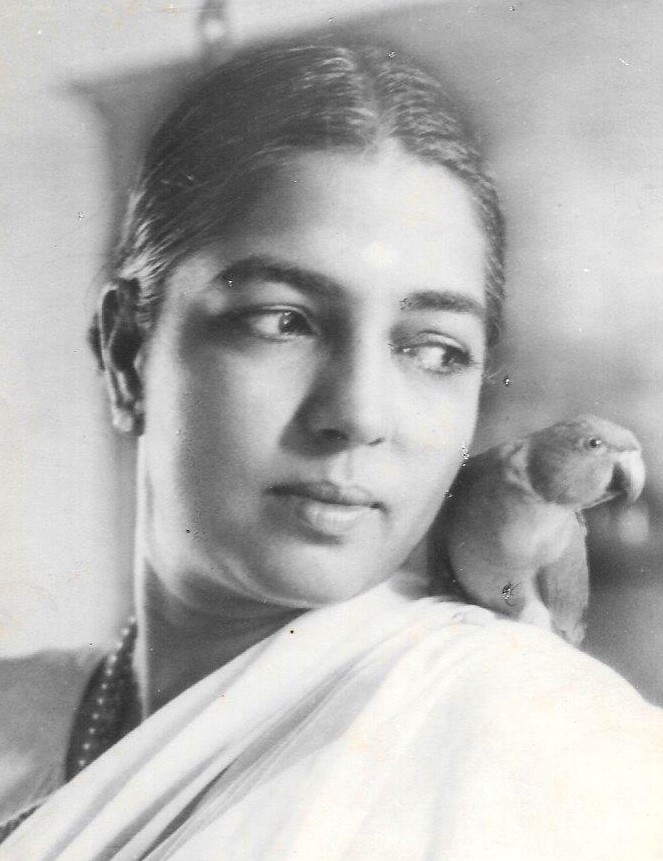 Rukmini Devi Arundale with a Parakeet 1946 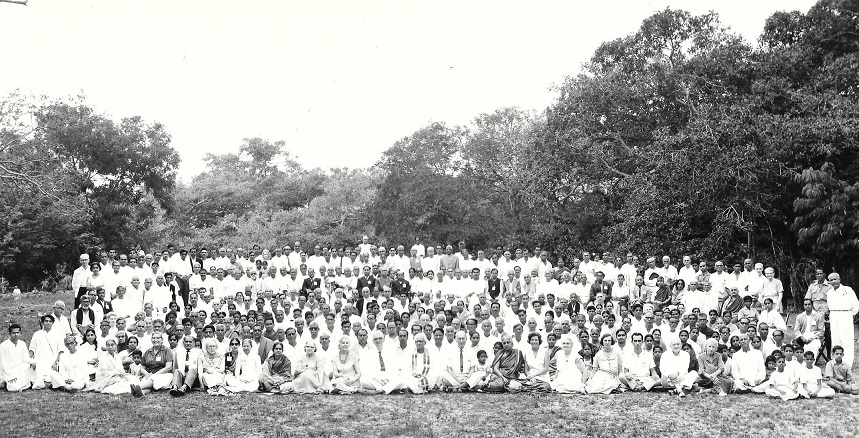 Adyar, December 26, 1965, the 90th International Convention, on the front row one can, among others, recognize Rukmini and Radha Burnier 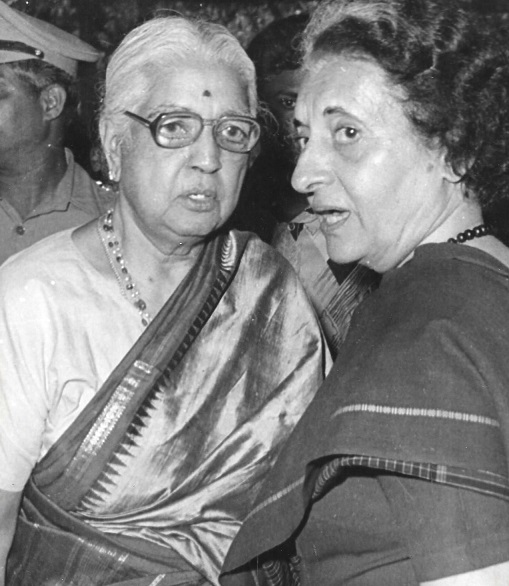 Indira Gandhi, Priime-Minister of India with  Rukmini Devi Arundale at the Adyar Centenary, 1982