Curuppumullage Jinarājadāsa (16 December 1875 – 18 June 1953), was a Sri Lankan scholar, lecturer, and writer who served as the fourth President of the Theosophical Society based in Adyar, Chennai, India from 1945 to 1953. An accomplished linguist, he traveled extensively for fifty years as an international lecturer, speaking in English, French, Italian, Spanish, and Portuguese, as well as Sinhalese and Tamil. He was known to his wide circle of friends as "Raja", "Brother Raja", or "CJ".

Mr. Jinarājadāsa was born on December 16, 1875 in Ceylon (now Sri Lanka) of Sinhalese Buddhist parents in a town about fifteen miles (24 km) south of the capital city, Colombo. He was in the Goygama caste. The name Curuppumullage indicates a person "Curuppu" living in the house or town of Mullage. The surname Jinarājadāsa can be interpreted in various ways but is a combination of three words: jina (winner), raja (king), and dāsa (servant).

His association with Theosophy began at the age of thirteen when, as one of the first students of Ananda College, he met C. W. Leadbeater. Brother Raja wrote of that year:

There was a certain day for me in November 1889, when I was thirteen when my feet were "washed in the blood of the heart." That day the Master received me as his chela.[2]

He wrote more of this event in his book Christ and Buddha.

The following year, A. P. Sinnett asked Mr. Leadbeater to return from India to England to tutor his son Denny and George Arundale, Leadbeater brought Raja with him. The three boys were close in age: Raja was born in 1875, Denny in 1877, and George in 1878. Jinarājadāsa met Madame Blavatsky for the first time. For two years, Raja and Leadbeater lived in the Sinnett household, but after that they moved into tiny quarters supported by Leadbeater's work giving English languages to foreigners. Raja attended classes to prepare for university.

On March 14, 1893 he became a member of the Theosophical Society through the London Lodge, and 1894 was admitted into its Inner Group where he "was present at the intimate and informal gatherings of the Group which were held on most Sunday mornings in Mr. Sinnett's library for discussion."

In 1896, Raja was admitted to St John’s College, Cambridge, and four years later took his Degree in the Oriental Languages Tripos. He also studied Law and was coxswain of the College boat in the rowing team. He then went back to Ceylon where he became Vice-Principal (1900-1901) of Ananda College in Colombo. In 1902 he returned to Europe to study literature and science at the University of Pavia, Italy. In 1904 he went to America, where he began his career as an international lecturer of the Theosophical Society.

Because of his deep knowledge of Theosophy, his inspiring personality, and his proficiency in English, French, Italian, Spanish, and Portuguese, Raja was much in demand as a lecturer. The first speaking tour was in 1904 in the United States of America. He presented lectures at annual conventions of the international Society in 1914, 1917, 1921, and many times afterward.

Following the death of George Arundale, Mr. Jinarâjadâsa ran unopposed for election to the presidency. He took office as President of the Society on February 17, 1946 and served until 1953, when he resigned due to illness. His successor was N. Sri Ram.

For more on C. Jinarājadāsa go to Theosophy Wiki: https://theosophy.wiki/en/Curuppumullage_Jinar%C4%81jad%C4%81sa

The historical photos which now follow were taken long before the digital era. They have been carefully selected by BERND JESSE and JAISHREE KANNAN. Theosophy Forward’s editor is grateful for their wonderful cooperation. Please note that the images are published randomly. 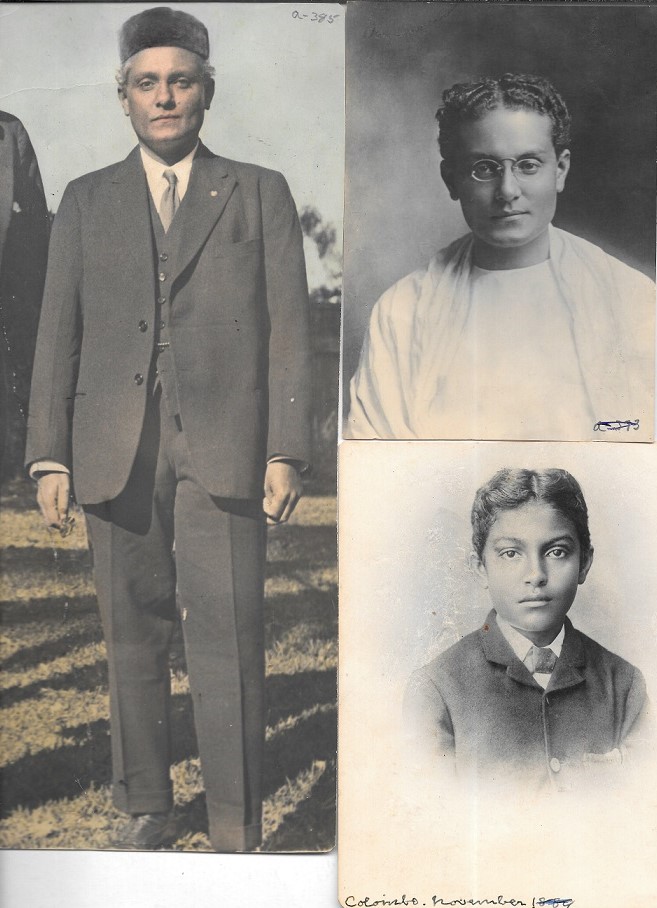 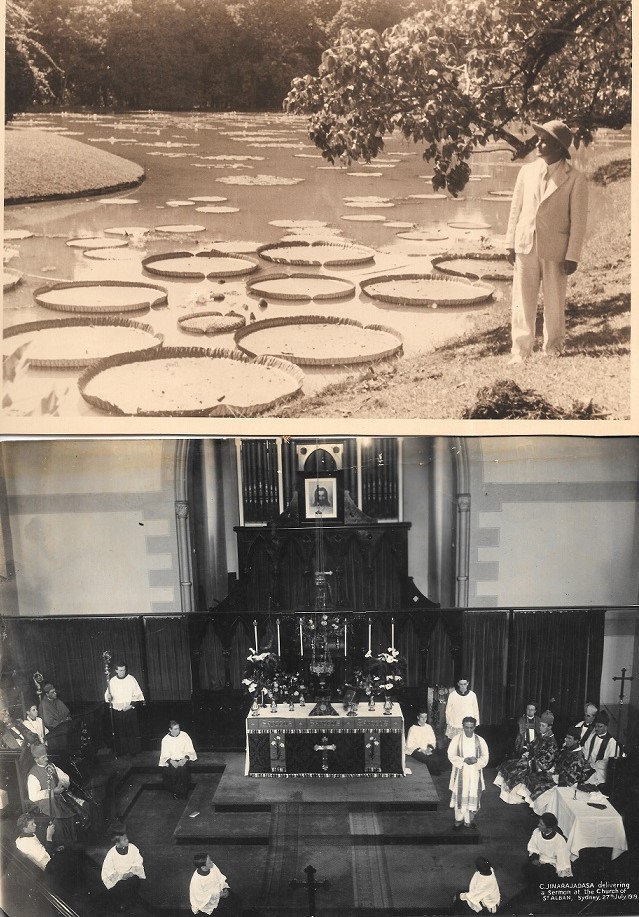 Top, color photo, CJ in Wheaton. Below CJ passing on the presidential ring to N. Sri Ram in 1953 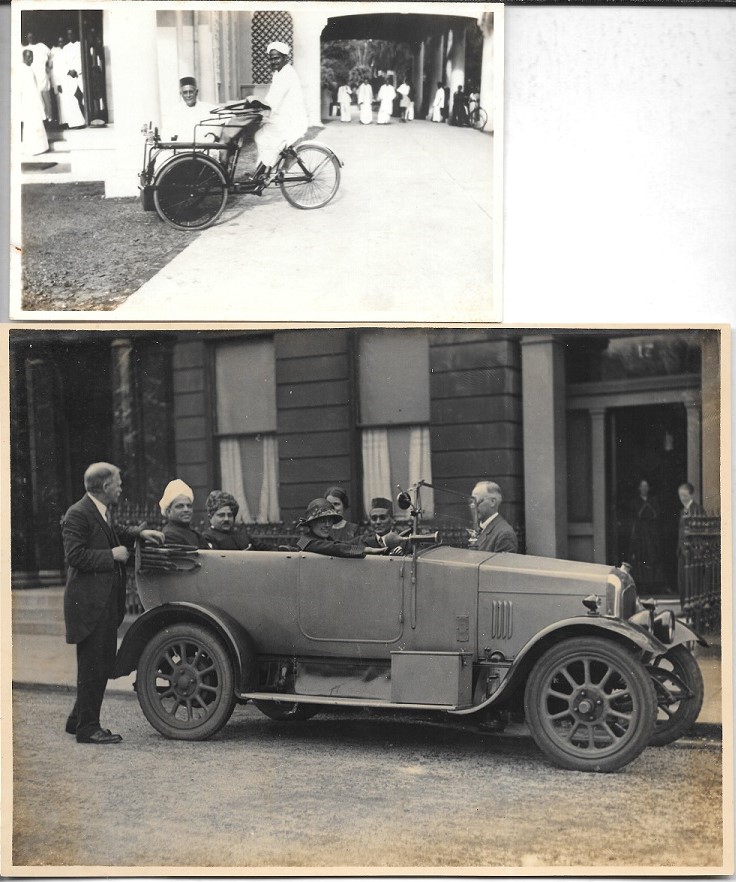 Top, CJ in rickshaw, 1946. Bottom CJ in car with Srinivasa Sastri and others visiting Glasgow, 1923 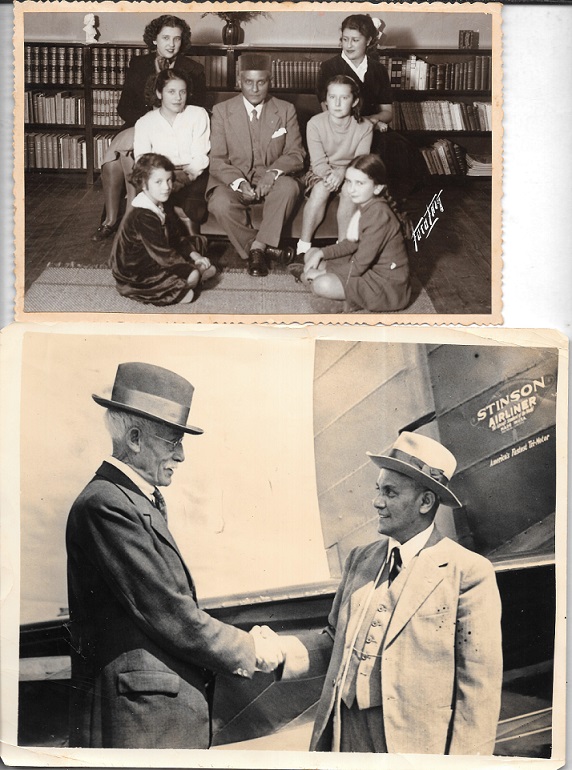 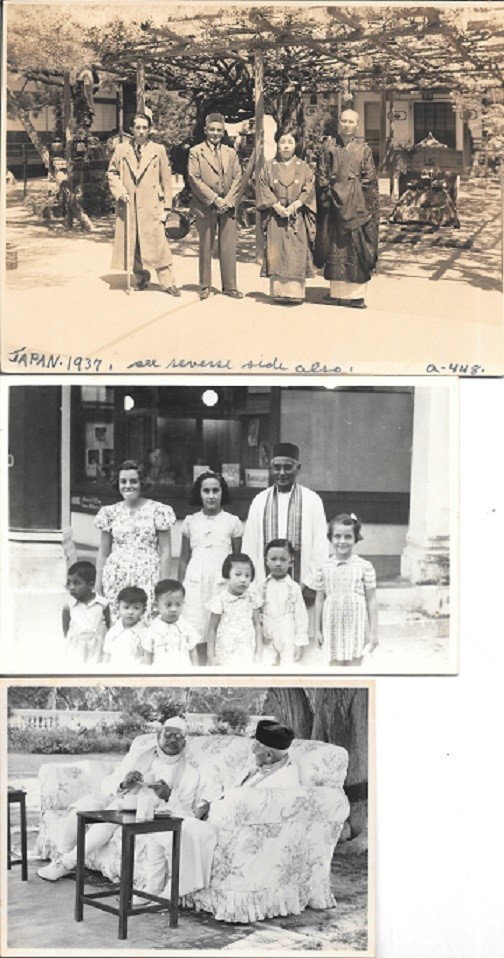 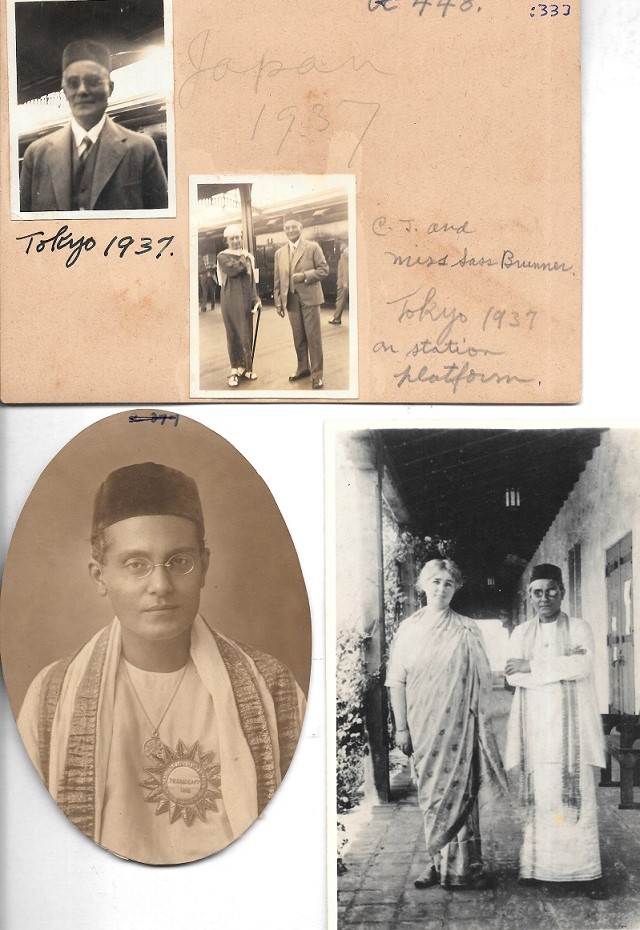 Top; CJ in Japan Tokyo, 1937, waiting on the platform of a railway station. Bottom left: CJ wearing a badge during a humanitarian conference in Bombay, 1918.Right CJ with his wife Dorothy, year unknown