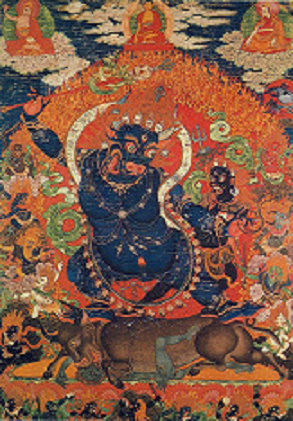 Since people are usually incapable of such consistent and unrelenting evil, avichi is more a theoretical limiting condition than an actually attainable state. Were one to attain such a condition, one would be separated from one’s reincarnating ego and ātman, the personality (or shell) confined to a state of inertness, while the real Self (ātman) would then have to begin its evolutionary journey all over again, descending through elemental kingdoms, then evolving again through the mineral, plant, animal, and human kingdoms. In some theosophical literature, the term “avichi” is used in a somewhat looser sense to refer to a state of intense mental suffering. See Blavatsky, IU II:367-370 and CW XII:622; and ML 197, 264, 357, and 359.