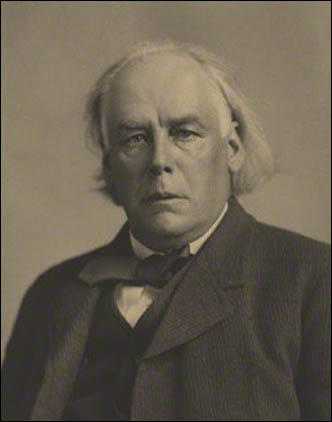 English free-thinker and political radical who was closely associated with Annie Besant, second President of the Theosophical Society (TS), before the latter became a theosophist. He was born at Hoxton in London, England, on September 26, 1833, the son of a poor solicitor’s clerk. Bradlaugh edited the National Reformer, a left-wing English periodical, from 1860 for many years and also was prominent as a public speaker. In 1874 he met Annie Besant who joined him on the staff of the National Reformer as co-editor.

The most significant aspect of the association between Besant and Bradlaugh was their joint struggle for freedom of speech and freedom of belief. In 1876 the Bristol publisher of an American pamphlet called Fruits of Philosophy was charged and convicted for selling an indecent publication dealing with birth control. Besant and Bradlaugh were outraged at this example of repression of free expression of important ideas and decided to republish the pamphlet and energetically promote it. They were prosecuted and sentenced to a heavy fine and imprisonment, but the sentence was quashed on appeal. A detailed account of this episode may be found in Besant’s autobiography.

The association between Besant and Bradlaugh terminated in 1885 when Besant moved more actively into the socialist movement and then into theosophy after meeting Helena P. BLAVATSKY. In 1880 Bradlaugh was elected to parliament for the constituency of Northampton, but he was refused permission to sit on account of his refusal to take the oath. A protracted struggled ensued which he won in 1886.
Bradlaugh died in London on January 30, 1891.

We have 526 guests and no members online