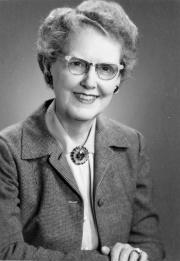 During her tenure at the American Section’s headquarters, she initiated the program of letters to new members, which have been revised and up-dated on several occasions and have been adopted and adapted by many Sections of the TS. Hanson was Second Senior Editor of Quest Books and author, editor and contributor to numerous publications under that imprint, including H. P. Blavatsky and The Secret Doctrine: Commentaries on Her Contributions to World Thought (1971), Readers Guide to The Mahatma Letters to A. P. Sinnett (1972), Approaches to Meditation (1973), Gifts of the Lotus, (1974), The Silent Encounter, (1974), Masters and Men: the Human Story in the Mahatma Letters (a fictionalized account) (1980), Karma: the Universal Law of Harmony (1981), ed. by Hanson and Rosemarie Stewart; retitled Karma: Rhythmic Return to Harmony (1990), Introduction to the Mahatma Letters (a study guide, 1983), and The Sage from Concord: the Essence of Ralph Waldo Emerson (1985).

Noteworthy are her books Masters and Men and Readers Guide to the Mahatma Letters to A. P. Sinnett (First edition 1972, second edition 1988); the former a history in fictional form of the correspondence between Alfred P. Sinnett and the Adept Teachers known as Morya and Kuthumi (Koot Hoomi); the latter a valuable research aid.

Hanson was awarded the Subba Row medal in 1989 for her “contributions to Theosophical literature.” She died at Krotona in 1991.

We have 328 guests and no members online