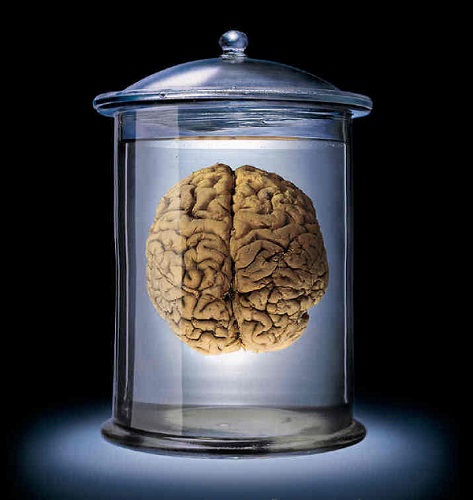 From the Greek epistēmē, knowledge, it is the study of the justification for our claim to know certain things.

Human beings assume a common-sense view of the world and this is the normal epistemological start point. It is called common-sense realism or naive realism. I see a chair in front of me. I assume that there is such a chair out there and not merely something I imagine. When I leave the room, I believe that the chair remains there. But here is where the problem begins: how do I know that it is still there when I leave, or even that there is a really a chair out there when I am looking? How reliable is my perception as well as my conclusions about my perceptions? This is the departure point of many theories of knowledge posited by philosophers, both East and West.

In the Western philosophical tradition, this question has already been brought up in the dialogues of PLATO (427-347 BCE), particularly Theaetetus, on the distinction between belief and knowledge and the need for justification of knowledge. The discussion extends up to modern times where positions range from empiricism (that all knowledge comes from sense experience) to extreme skepticism (that we can never be sure that we really know anything). In empiricism, knowledge is inductive and a posteriori, i.e., after the experience. Examples of empiricists are John Locke (1632-1704) and David Hume (1711-1776). Rationalism, on the other hand, such as that propounded by Rene Descartes (1596-1650), declares that knowledge can be arrived at by human reason alone. It states that we have innate ideas, and we have a priori knowledge, i.e., knowledge prior to experience. Immanual Kant (1724-1804) further states that what we perceive and know about are merely phenomena, which are structured by our innate sense of time and space. Beyond these appearances are the noumena, which are basically unknowable.

This Kantian view is similar to the widely accepted Eastern view that, while experienced objects are real in a certain sense, ultimately they are really illusions (MAYA). They are but the appearances of a transcendent reality beyond sense perceptions and reason. To perceive beyond appearances, one’s consciousness and perceptive faculties must be elevated to those noumenal levels. Experiences on these levels are essentially ineffable as they transcend human reason and language. This is echoed in modern physics with the view of David Bohm who posits an invisible “implicate order” behind the manifested “explicate order.” Ultimately, according to Hinduism, the most that one can say is Neti, neti, not this, not that, when one speaks of the transcendent reality. Buddhist mysticism speaks also of the higher JHANAS (or states of meditative consciousness) that culminate in a state of consciousness which experiences neither perception nor non-perception, a paradoxical statement. NIRVANA is the highest realization of reality which again is inexpressible by human thought and language.

Theosophical philosophy similarly takes this view of reality and perception. Along with Hindu philosophy, theosophy assumes that there is a Reality independent of human perceptions. The possibility of perception as well as modes of perception are traced back from the beginning of manifestation, such as the formation of planes of nature (tattvas), the primordial elements (TANMATRAS and MAHABHUTAS), the sense of ego (AHAMKARA), the perceptive faculties and the senses. Our perception of the world is limited by these factors and hence seeing reality as it is necessitates liberation from these limitations.

On a more empirical and scientific level, we need also to look into the range of perceptive faculties in arriving at knowledge of the phenomenal world. While most Western philosophers and scientists focus exclusively on knowledge claims based on physical sense perception, inference based on such sense perception (e.g. knowledge about atomic and subatomic particles based on geiger counter readings or derived from photographs taken in cyclotrons, etc.), and testimony from reliable sources, theosophical epistemology extends to non-physical realms as well. From a theosophical point of view, epistemology involves not only sense perception and reliable testimony, but paranormal cognition (i.e. clairvoyant perception and even mystical awareness and self-realization), states which most Western philosophers reject as too subjective to be reliable sources of knowledge. One of the criteria of knowledge is that it must be “public” — i.e. accessible to anyone with the appropriate sense organs and training to interpret what those sense organs perceive. This is called “intersubjective verification.” To most people, such verification would be confined to the physical senses and instrument readings accessible to those senses, since that is the limit of their perceptual ability. To theosophists, however, “intersubjective” includes paranormal (e.g. clairvoyant, clairaudient, etc.) perception by two equally capable psychics. Much theosophical literature assumes that what Charles W. Leadbeater, Annie Besant, Pheobe Bendit, Geoffrey Hodson, Dora Kunz, and other psychics perceived is reliable knowledge–when their perception was verified by others with similar psychic abilities, i.e. when it became “intersubjective” in a broader sense of the term. Such psychics would claim that their knowledge was public in the same sense that scientists use that term. To confine epistemology to the physical senses assumes that physical reality is the only reality — it essentially assumes the materialist’s (or, more properly the physicalist’s) point of view. Since theosophical literature includes considerable description of non-physical realms, and since most theosophists are not capable of perceiving those realms, one must be cautious about accepting such claims uncritically. One must always ask whether the psychic claims are coherent as well as consistent with similar claims by other psychics. If they are, one is reasonable to accept them, at least provisionally; if not, one should exercise extreme caution about accepting them. But the same is true of claims based on ordinary perception, so the situation is not really that different for paranormal perception. And since descriptions of mystical states and self-realization are so similar from so many different people from different cultures, one may be justified in accepting them as “intersubjective” as well.

We have 1431 guests and no members online