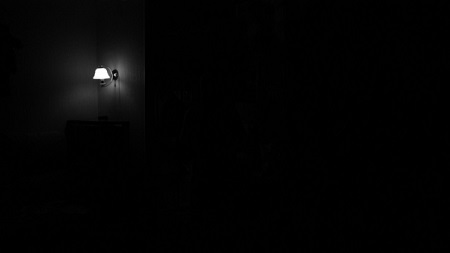 Darkness is the absence of light and light is caused by the presence of radiation in the visible part of the electromagnetic spectrum. Helena P. BLAVATSKY and other writers have, however, used the word “darkness” with more subtle implications.

In The Secret Doctrine Blavatsky wrote, “Darkness alone filled the Boundless All” (SD I:40). Later we find something of an explanation of this statement; “The essence of darkness being absolute light, Darkness is taken as the appropriate allegorical representation of the condition of the Universe during Pralaya, or the term of absolute rest, or non-being, as it appears to our finite minds” (SD I:69).

In the context of the quotation given above, it can be assumed that what is being described is something along the following lines. Light cannot be seen unless it impinges on an optic receptacle, hence before manifestation of creatures from out of “the Boundless All,” there is nothing capable of perceiving light, therefore there can be nothing but darkness. In the symbolic sense it might be said that “Darkness” contains all that will be.

The word “darkness” is encountered in other special senses in theosophical literature. “Brothers of Darkness” (or Shadow) refers to those who have taken the left-hand path of self-seeking as opposed to altruism. Darkness is frequently used as a synonym for ignorance or despair.

We have 187 guests and no members online