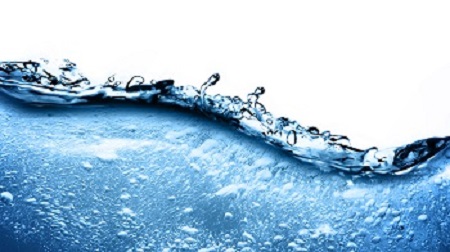 The application of water to a person by immersion, pouring, or sprinkling, as a religious rite, symbolical of purification or regeneration, and betokening initiation into the church.

The most important baptism in Christian church history is undoubtedly John the Baptist’s baptism of Jesus. On this Helena P. BLAVATSKY quotes from the N.T.:

“I baptize you with water, but . . . he shall baptize you with the Holy Ghost and with fire,” says John of Jesus (Matt. iii, 2); meaning this esoterically. The real significance of this statement is very profound. It means that he, John, a non-initiated ascetic, can impart to his disciples no greater wisdom than the mysteries connected with the plane of matter (water being a symbol of it). His gnosis was that of exoteric and ritualistic dogma, of dead-letter orthodoxy; while the wisdom which Jesus, an Initiate of the higher mysteries, would reveal to them, was of a higher character, for it was the “Fire” Wisdom of the true gnosis or the real spiritual enlightenment. (SD II:566)

In a footnote to this passage Blavatsky writes, “In the Cycle of Initiation, which was very long, water represented the first and lower steps toward purification, while trials connected with fire came last. Water could regenerate the body of matter; FIRE alone, that of the inner Spiritual man” (SD II:566).

Annie BESANT, in her book Esoteric Christianity, gives us her view of the baptism rite. “Whether in the Baptism of initial reception into the Church, or in these minor lustrations, water is the material agent employed, the great cleansing fluid in Nature, and therefore the best symbol for purification. Over this water a MANTRA is pronounced, in the English ritual represented by the prayer, ‘Sanctify this water to the mystical washing away of sin,’ concluding with the formula, ‘In the name of the Father, and of the Son, and of the Holy Ghost. Amen.’ This is the Word of Power, and it is accompanied by the sign of power, the Sign of the Cross made over the surface of the water. . . . When a child is baptized, the spiritual energy given to the water by the Word and the Sign reinforces the spiritual life in the child” (p. 350).

In the early Christian church baptism was a ritual of admission to the congregation of the church and was preceded by three stages of instruction. The candidate remained in each grade until the instruction given was properly understood. According to Besant (op. cit.) the Creed was not taught until the candidate was admitted to the church and it was spoken only, never written down.
Many theosophists, but not all, seem to be in accord with Voltaire when he questioned “the virtue of cleansing an infant of an enormous sin expatiated by the Son of God, and committed thousands of years before the parents of the child dreamed of making him.” Instead of emphasis on original sin, many theosophists tend to agree with Besant when she writes that “this Sign is at once purifying and protective.”

An unusual interpretation of the symbolism of baptism is offered by J. G. Williams in his book Yeshua Buddha (p. 37) where he suggests that when giving baptism by immersion, John was enacting a simulation of the Biblical flood. “To be immersed by him is to repent of the past, to undergo death in the flood waters of destruction and to arise ready for the new kingdom at hand.”

Charles W. LEADBEATER, expressing the Liberal Catholic point of view, in his Science of the Sacraments, suggests that baptism is a ritual that, when conducted by an ordained priest, can serve to stimulate the good germs (that is latent beneficial qualities brought over from a previous incarnation) and freeze or starve out those that are evil (that is, latent detrimental tendencies) (pp. 251 et seq., 1920 ed.).

The Hindu Vedas make reference to purification by water, “He bathes. For impure indeed is man; he is foul within, in that he speaks untruth — and water is pure” (Satapatha Brahmana, III, I, 2, 10).

We have 448 guests and no members online