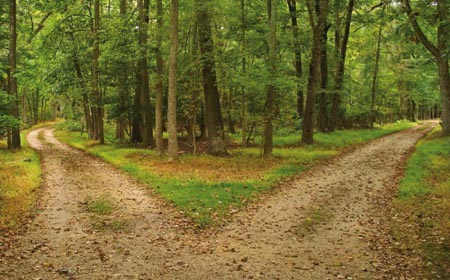 The question of whether human beings have or do not have free will has been a perennial problem in Western philosophy, starting with the Greeks and continuing down to the present time. Early Chinese philosophy did not address the question, and it took an Indian approach when Buddhism entered China in the first century CE. Indian philosophy, however, has considered the question of central importance, most systems arguing that human beings do not exercise real free will until they have attained Self-realization. Theosophy has generally adopted the Indian point of view when it treats the issue at all.

Two different approaches have been taken to the problem in the West, usually stated as “freedom from” and “freedom to.” The former claims that causal determinism (“Every event has a cause”) implies lack of real free will since one’s actions are always the result of prior causal conditions. If one knew all those prior causal conditions, so the argument goes, one could predict unerringly what a person would do under any specific circumstances. But, as some philosophers have pointed out, if one did not have such causal conditions, one would never be able to do anything at all. From this it follows logically that causality is both necessary for free will and incompatible with it! Obviously something has gone wrong somewhere.

Furthermore, some have even argued that strict causal determinism would mean a person could not have done other than what he or she actually did, therefore it would be inappropriate to either praise or blame the person for the act. That involves a fallacy, since the praise or blame woule, presumably, also be causally determined, therefore unavoidable! And to praise a person for an action would cause the person to repeat it whereas blame (and punishment) would cause a person to avoid repeating it. This kind of reasoning underlies the thinking of behaviorist psychologists, such as Burrhus Frederic Skinner (1904-1990), as in his Walden Two).

The “freedom to” approach is usually stated in the phrase “I am able to do what I want to do.” Even if those wants are pre-determined, the argument goes, one could still state that a person with them had free will if he did what he wanted to. That could be considered a hollow kind of freedom. The problem with both approaches is that nothing is allowed to count against their views; therefore it is not falsifiable, and falsifiability is considered an essential aspect of any empirical view. That is to say, the world must make a difference, one way or the other, in any empirical view. If the facts make no difference, the view is empirically meaningless. Most Western philosophical arguments about free will really come down to that.

It has sometimes been claimed that the theory of indeterminism in physics grants free will, but that is not really so. If one could never be sure that what one tried to do would actually result realizing one’s intention, one would not consider that to be freedom of any sort. Fortunately, that kind of indeterminism is only at the quantum level in the physical world, not at a macro level, so it hardly is relevant to the free will issue at all.

From a Theosophical point of view, the entire free-will question is more complex and assumes the Theosophical view of the constitution of human beings, i.e., that in addition to the physical body (and its brain), we have a vehicle of emotions (sometimes called an astral body or kama), a conditioned mind (sometimes called the lower mind or kama-manas), a mind that deals with abstractions (a higher mind or buddhi-manas), intuitions (buddhi), and a spiritual Self (atman). Real will, it is said, rests in atman, which means that most people rarely use it. From a practical point of view, however, one could say that, although many of our actions are driven by desire, not all of them are; we often override our desires with our mind (either “lower” or “higher”). In that sense, we do not always“do what we want (i.e., desire) to do.” And that implies a degree of freewill, at least from a practical point of view. Furthermore, on rare occasions we even act on the basis of our spiritual intuition, which implies yet greater freedom of will. So one might say that the Theosophical approach to the free will question is a layered one.

When the spiritual Self is invoked, however, it is rarely a question of choosing between two or more alternative courses of action; at that point one knows that there is only one right thing to do, so it becomes a question of whether one has the requisite ability to do it. When one does, one experiences psychological freedom, rather than merely emotional satisfaction. So the Theosophical approach to the free will issue involves both (1) levels of consciousness and (2) “skill in action” (as the Bhagavad-Gita puts it in verse 2.50).

We have 901 guests and no members online