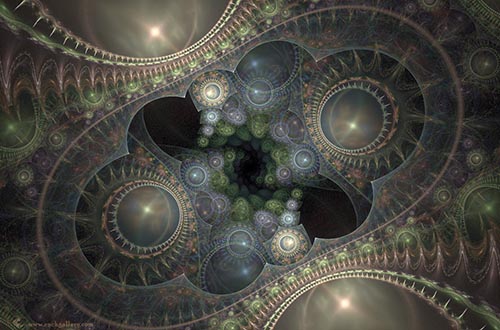 The main branch in metaphysics that deals with the nature of being or existence, and the properties and relationships of beings. The word was first used in the seventeenth century, but the concept was already treated in Aristotle’s Metaphysics. Christian Wolff brought it into popular currency in the eighteenth century, when it was widely adopted to distinguish it from the other branches of metaphysics, such as cosmology and theology.

Immanuel Kant states that ontology is an exploration of abstract being, depends upon our capacity to arrive at a priori principles, that is, those that are understood without the use of perception or experience. In Theosophy, Helena P. Blavatsky distinguishes between Being and Be-ness. She states that in the unmanifested state (universal pralaya), there is no existence, but simply the Absolute without attributes or properties, a state beyond conception. She writes in The Secret Doctrine: “Our kind critics have found the word Be-ness very amusing, but there is no other way of translating the Sanskrit term, Sat. It is not existence, for existence can only apply to phenomena, never to noumena, the very etymology of the Latin term contradicting such assertion, as ex means ‘from’ or ‘out of,’ and sistere ‘to stand’; therefore, something appearing . . . where it was not before. Existence, moreover, implies something having a beginning and an end. How can the term, therefore, be applied to that which ever was, and of which it cannot be predicated that it ever issued from something else? . . . ‘Be-ness’ is not being, for it is equally nonbeing. We cannot conceive it, for our intellects are finite and our language far more limited and conditioned even than our minds. How, therefore, can we express that which we can only conceive of by a series of negatives?” (Collected Writings 10:315).

“This ‘Be-ness’ is symbolized in the Secret Doctrine under two aspects: On the one hand, absolute abstract Space, representing bare subjectivity, the one thing which no human mind can either exclude from any conception, or conceive of by itself. On the other hand, absolute abstract motion representing unconditioned consciousness. Even our Western thinkers have shown that consciousness is inconceivable to us apart from change, and motion best symbolizes change, its essential characteristic. This latter aspect of the one Reality, is symbolized also by the term ‘The Great Breath,’ a symbol sufficiently graphic to need no further elucidation. Thus, then, the first fundamental axiom of The Secret Doctrine (1:14) is this metaphysical One Absolute Be-ness — symbolized as the theological Trinity.” In that sense, all existence has a beginning and an ending, and thus is “unreal” or “illusory.” Only the Sat or Be-ness is real (Collected Writings 8:124).

We have 888 guests and no members online