The group of mystics and philosophers founded by Ammonius Saccas in 193 CE. The term means “lovers of truth,” and the school became known as the Neo-Platonic school. The group included Plotinus, its most famous exponent. It was also called the Eclectic Theosophical School, which Helena P. Blavatsky considered to be the precursor of the modern Theosophical Society (TS). 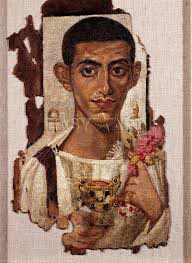 The Philalethians had their division into neophytes (chelas) and Initiates or Masters; and the eclectic system was characterised by three distinct features, which are purely Vedantic; a Supreme Essence, One and Universal; the eternity and indivisibility of the human spirit; and Theurgy, which is Mantricism. So also, as we have seen, they had their secret or Esoteric teachings like any other mystic school. Nor were they allowed to reveal anything of their secret tenents, any more than were the Initiates of the Mysteries (CW 14:309).

The immediate disciples of Ammonius Saccas, who was called Theodidaktos, “god-taught” — such as Plotinus and his follower Porphyry — rejected theurgy at first, but were finally reconciled to it through IAMBLICHUS, who wrote a work to that effect entitled “De Mysteriis,” under the name of his own master, a famous Egyptian priest called Abammon. Ammonius Saccas was the son of Christian parents, and, having been repelled by dogmatic spiritualistic Christianity from his childhood, became a Neo-Platonist, and like J. BOEHME and other great seers and mystics, is said to have had divine wisdom revealed to him in dreams and visions. Hence his name of Theodidaktos. He resolved to reconcile every system of religion, and by demonstrating their identical origin, to establish one universal creed based on ethics. His life was so blameless and pure, his learning so profound and vast, that several Church Fathers were his secret disciples. Clement Alexandrinus speaks very highly of him. Plotinus, the “St. John” of Ammonius, was also a man universally respected and esteemed, and of the most profound learning and integrity. When thirty-nine years of age he accompanied the Roman Emperor Gordian and his army to the East, to be instructed by the sages of Bactria and India. He had a School of Philosophy in Rome. Porphyry, his disciple, whose real name was Malek (a Hellenized Jew), collected all the writings of his master. Porphyry was himself a great author, and gave an allegorical interpretation to some parts of Homer’s writings. The system of meditation the Philalethians resorted to was ecstacy, a system akin to Indian Yoga practice. What is known of the Eclectic School is due to ORIGEN, Longinus, and Plotinus, the immediate disciples of Ammonius (Vide Eclectic Philos., by A. Wilder) (Key to Theosophy, Sec. 1).

We have 919 guests and no members online