In response to the activities of the ITC (International Theosophy Conferences Inc.) and Theosophy Forward, many are pondering the idea of Theosophical unity. In the following months, articles on this subject will appear here and in other periodicals, so it will be interesting to see where the story is going to take us. A starting point is the work that needs to be done.

For Theosophists to come closer and to understand our past and present and therefore to have a fair idea about what the future could hold for us, the path of Karma Yoga shows the way. Of the four paths to realization (Jnana, Bhakti, Raja, and Karma), Karma Yoga is the process of achieving perfection and unity in action. Karma or action should run parallel with the Yoga of unity. Yet our acts separate us so that there is no unity at all. The unbalanced nature of our activities creates division and keeps us separate from and strangers to one another.

The Divine Wisdom was specifically designed for just this task of introducing harmony in situations of apparent paradox and contradiction. If we are ever to achieve unity, we need to understand the teaching of occult philosophy that human beings do everything under the influence of the three fundamental forces in nature: the three gunas. In order to arrive at a deeper understanding, we need to investigate the way in which the gunas work. 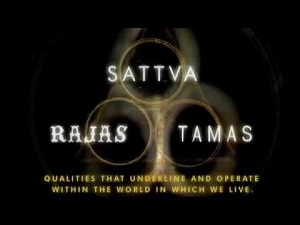 The three gunas that constantly surround us are (1) sattva = purity, truth, harmony, and rhythm; (2) rajas = mobility, activity, passion, drive, and creativity; (3) tamas = sloth, illusion, ignorance, but also the positive qualities of tenacity and perseverance. We must learn to deal with these three gunas and with all of the qualities associated with them. We need to begin to understand them and finally to weave them into a magnificent and divine whole. The exercise by which one force is conquered while another is nurtured and further developed will bring about growth in the individual, inducing a deepening insight and indicating the beginning of freedom. Only in freedom and through devoted labor we are able to be in communion, to unite compassionately and unconditionally.

Once upon a time, a group of young inspired women and men all set out in search of the eternal values of the Ancient Wisdom. In 1875, when the Theosophical Society was founded in New York, H. P. Blavatsky was only 44, Henry Olcott 43, William Judge 24 and Annie Besant (who was to join in 1889), 28. All of them, in their own unique manners, worked hard and devoted their lives to trying to bring light to our world. Although later differences in approach and terminology developed, those four persons had something in common; they all had the same goal in sight. What we do have in common with them? What connects us with our history? Why don’t we start a positive dialogue with our past? By being aware of our heritage and working for the cause, we focus on future responsibilities, preparing the path for new generations with all the strength we possess.

The unity we desire cannot be attained by solely promulgating our own viewpoint, by being unwilling to listen to others, or by a meditative withdrawal from the world. It can be achieved, however, by active participation in life, dedicating ourselves to rigorous effort and thereby unveiling our divine powers and waging the spiritual fight right in the midst of the world and its nature. Karma Yoga is different from the other yogas in that, rather than being a system, it is a collection of ethical and moral precepts for those who live in the world. Karma yogis do not occupy themselves in pointing out how wrong others may be; instead, they reach out to those with whom they have differences of opinion, knowing that only through work, dedication, and respect apparent obstacles will disappear.

In this quest we should ask questions demonstrating our love and commitment to what is dear to us. Asking questions, being critical or discriminative, is often misunderstood and regarded as being disloyal or not constructive; but it is quite the opposite. Those who founded the Theosophical Society never stopped asking questions. If we stop being enquirers or investigative and aren’t prepared to take a stand because we find that taking stands is risky or too confronting, we take a wrong turn. There is, however, a difference between asking questions (or wondering) and condemning. We should not judge others, nor should we proclaim that our opinion is the only valid one.

If we consider truth to be relative, shouldn't we reason?