Adyar, Where Do We Go from Here?

"Theosophy has to fight intolerance, prejudice, ignorance and selfishness, hidden under the mantle of hypocrisy. It has to throw all the light it can from the torch of Truth, with which its servants are entrusted. It must do this without fear or hesitation, dreading neither reproof nor condemnation. Theosophy, through its mouthpiece, the Society, has to tell the TRUTH to the very face of LIE; to beard the tiger in its den, without thought or fear of evil consequences, and to set at defiance calumny and threats. As an Association, it has not only the right, but the duty to uncloak vice and do its best to redress wrongs, whether through the voice of its chosen lecturers or the printed word of its journals and publications—making its accusations, however, as impersonal as possible.  But its Fellows, or Members, have individually no such right. Its followers have, first of all, to set the example of a firmly outlined and as firmly applied morality, before they obtain the right to point out, even in a spirit of kindness, the absence of a like ethic unity and singleness of purpose in other associations or individuals. No Theosophist should blame a brother, whether within or outside of the association; neither may he throw a slur upon another’s actions or denounce him, lest he himself lose the right to be considered as a Theosophist.” (H. P. Blavatsky, Collected Writings 7:174-5)

[Last year I published an open letter on a good friend’s web-site in both English and Spanish. The developments within the Adyar group, especially after the most recent International Convention, where no European members were invited to speak, and the General Council meeting held prior to that Convention made me decide to rewrite the letter as a short article. I love India. In spite of its serious environmental and infrastructural problems, with the city of Chennai rapidly moving up and strangling the compound, I love the Headquarters of the TS at Adyar, have dear Indian friends, and respect the Indian Section and all its members]. 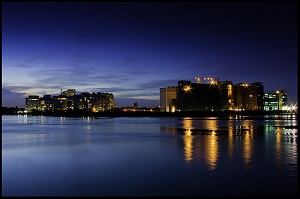 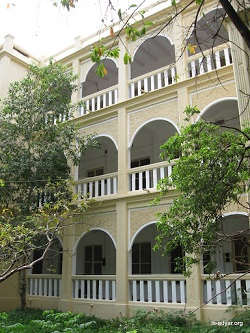 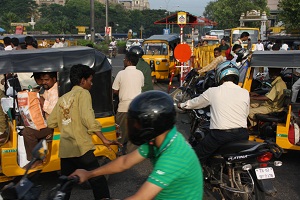 The worldwide Theosophical Society with its headquarters based in Adyar is supposed to be one united Society, notwithstanding all the challenges presented by a diverse international membership.

It follows that the TS Adyar is an international body. Although its links with India are obvious and meaningful, it can never be regarded as just an Indian affair because its members, spread out all over the globe, are that Society and share a common responsibility.

The International President, who is first and foremost a member of the Society naturally holds office at the International Headquarters in Adyar, but to reiterate, the TS Adyar should unquestionably be a united and international organization. We now know that the successor of Linda Oliveira as Vice-President is a respected elderly Indian, Mr. M. P. Singhal. Last December this position was ratified by the General Council.

It is said that, during this meeting, at last lengthy and at times tough discussions took place on a number of subjects; that is a step forward. Some participants experienced the atmosphere as cold and tense whilst others didn’t. Several GC members did succeed in acting or voting according their inner conviction, vision, and principles or following instructions given by the members they represent, and that is how it should be. 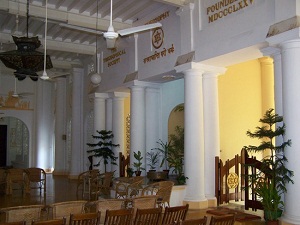 Members of the TS Adyar worldwide have been painfully tested over the past four years. After 2008, owing to half-truths, falsifications, manipulation, self-interest, ignorance, and arrogance, many a good member decided to withdraw temporarily and look elsewhere; for them it was time for a time-out. The developments after the 2008 election for International President caused many hurts, major acrimony ensued with old friendships suddenly breaking up, and sane and sensible voices turned silent.

Not only did voices turn silent, but some well-known and active members even left the Adyar Society and cancelled their membership and subscriptions to Theosophical periodicals. Between 2009 and 2011others fell out of favor with the leadership residing at Adyar even though they had expressed well-founded and impersonal critiques calling for changes. Once out of favor, these persons, often stalwart workers holding key positions and known for their integrity and dedication, were fully ignored, ridiculed, slurred, thrown stones at, not invited to speak at the annual International Convention in Adyar or referred to ironically in front of a packed Adyar theatre. This was very regrettable because a critique, when the person who utters it is detached and sincere, contains vital ingredients for the revitalization or even survival of any organization or group; and it shows that the critic really cares. Critiques stimulate growth and initiate self-reflection.

The Adyar group considers itself a democratic body therefore the International President and all its officers should always be subject to unbiased scrutiny, as is common in any self-respecting democratic body. To confuse scrutiny with disloyalty or consider it disrespectful is a fatal mistake.

For whatever reason, the Adyar policy has been that at all costs matters should stay the way they were for decades; and this has resulted in extensive crystallization through which the Adyar vehicle as an international organization ended up paralysed. Esoteric philosophy nevertheless teaches us that nothing stays the same; all that exists is subject to constant change. Not one split second is identical to the previous one. Thus barricading the door to renewal and innovation is a violation of everything Theosophy stands for.

In November this year, the current International President Radha Burnier will turn eighty-nine. She has held her office for thirty-two years and has been a member of the General Council for more than fifty years. In addition to her position as International President, she is also the Outer Head of the Esoteric School. Many consider this a controversial double function that has caused much confusion. Sources tell me that if her health permits she will surely opt for yet another term in 2015, when she will reach the age of ninety-two. Following the tradition it is apparent that she wishes to die in the President’s chair, just as her father, N. Sri Ram, and most of her other predecessors did, C. Jinarajadasa being the only exception. Members should ask themselves whether or not such a stance is desirable in the twenty first century and in the interest of their Society. 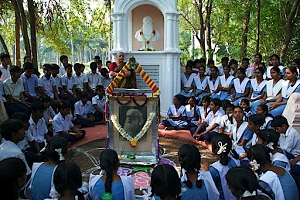 Youngsters gather near the Olcott memorial to celebrate Adyar Day

It has to be clear to that the International President and the TS Adyar are two different entities and that the first certainly does not own, nor is identical with, the latter.

The TS Adyar, as one of the major vehicles for the dissemination of theosophia, the perennial wisdom, is emphatically not the property of its International President based in India, or its Indian Vice-President, Executive Committee, or General Council; it belongs solely to its members.

Those who looked the other way out of complacency, or did not find the courage to speak out, should consider that this period of apathy is well and truly over. With an urgent need for reconciliation long overdue, there is no other choice. It is high time for all Adyar members to start talking about the Society’s future again, not only with their close friends, but in particular with those who hold different opinions from theirs and with those who represent them in the General Council. It is all about their Society. The partitions that now divide the members need to be eliminated if members really want the Adyar group to have a future.

Have no illusions. Some have made up their minds and will never consider changing their opinions or looking rationally at current affairs. They prefer to cling to worn out conspiracy theories, fuelling the disenfranchise fright and the “move-the-headquarters-to-the-USA” phantom, or, most likely, taking my words out of context.

Aware of this I call on the members all over the globe on both sides of that imaginary aisle to think seriously about their vehicle and look at the future, not the past. As an organization, an Association as H.P.B. calls it in the piece quoted above, the Adyar group is obliged to set a good example. Individuals can share their thoughts and convey their opinions, but a collective action is necessary to bring weighty changes about. I want to emphasize that no member should accuse, point fingers at, or affront another member; it is all about living up to the teachings and joint actions.

Adyar members should also reach out, so that East meets West again and vice versa. The TS Adyar is not just an Indian affair. Let those in the West make more genuine efforts to get to know the Indians better, and let those in India make efforts to understand the valid frustrations in the West.

So, Adyar, where do we go from here?

We have 503 guests and no members online