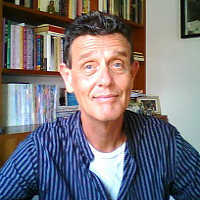 It seems to me that lately many Theosophists are beginning to recognize that the Theosophical movement as a whole is undergoing a transition. While in some quarters there is sheer discontent and frustration, resulting in turning away from the movement, in other quarters one sees enthusiasm and renewed inspiration.

On the one hand, some complain that many in the movement are as deaf and dumb as a box of rocks, while memberships and subscriptions to Theosophical magazines are cancelled; on the other hand, particularly among younger Theosophists, interest in the core teachings is increasing rapidly.

On the downside of this transition, it remains annoying that self-appointed protectors of the cause still try to breathe new life into old conflicts, constantly repeating themselves, forwarding half-truths and lies, and claiming to be the upholders of genuine truth. On the upside, it is plain that many others have concluded that these particular individuals and their messages in fact are insignificant, so their voices are rapidly fading away.

There is no doubt that the Theosophical world is experiencing a difficult and at times painful transition, but eventually this process may result in the dawning of a new impulse. The existing Theosophical vehicles, the larger but also the smaller ones, will have to continue functioning, making the teachings accessible for anyone who knocks, according to their own perspectives and based on their own specific interpretations. At the same time, these vehicles should come to realize that the essence is not to be obtained through any organization or structure, but only through an awakening from within. Too often the form, the body itself, turns into an insurmountable obstacle, blocking all inner growth. 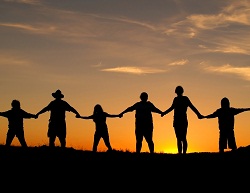 It is heartening that Theosophists from different traditions are creating a brand-new network, coming together on a common platform, ploughing the ground for a Theosophical future, and thus moving towards the necessary transition. The International Theosophy Conferences (ITC) have set the tone for some time now. Their last held meeting in Julian, California (August 11–14, 2011), was a shining example in this respect.

The path ahead won’t be an easy one to thread; the transition won’t come overnight, but will be composite and take a long time to materialize. I urge everyone, especially those who are to some extent frustrated, turned off, and disgruntled, to join in and contribute to this new network.

We have 677 guests and no members online