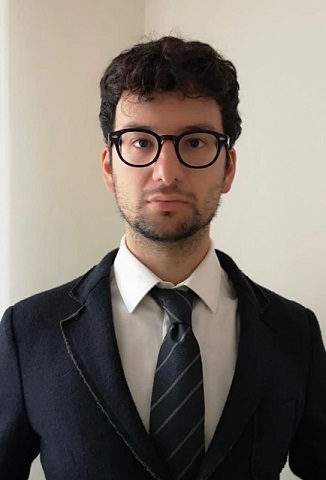 My name is Mattia Lugarà,  I’m from Italy and I have been a member of the TS since 2017.

I’m active at the national level with the group of Italian young theosophists, carrying out some important projects for the Journal of the Italian Lodge . I’m also active for the TOS, volunteering in my town with a “street unit”, bringing human warmth and some food to the clochards. We also try to help them and refugees with proper documents and possible work.

Furthermore I’m active at the international level, with the Movement for the Revival of the World Federation of Young Theosophists. I assisted in compiling the draft constitution.

I learned about theosophy somewhere around 2014, 2015. I came in contact with it in 2016 through Patrizia Moschin Calvi, who was the first one who introduced me in the theosophical world. I’ll always be grateful to her for this possibility and for the time she dedicated to me during the first years. In the first and second year, I had only contacts with her, and every time  we had rich and deepening conversations.

Over the years I learned to draw a distinction between Theosophy and the Theosophical Society. For me Theosophy is a wide basin of occult knowledge and esoteric teachings. A bridge between the East and the West, a way for the “Higher Routes”, an open window towards the Continuous Infinite Present, a possibility for Unity.

The Society itself , however, is just one of the practicable ways. It is a structure, a loom in which only the healthy human relations are the weave and the warp, because the first principle is Sister- and Brotherhood . It’s an experiment, the Atanòr of the coming race.

Surely The Voice of the Silence. It contains everything, in particular I appreciate the suggestions of  attitude with which we could face our reality. I also appreciate Practical Occultism in the small book format as published by the TS Publishing House.

I can’t avoid to mention a pearl, a gem from a late Italian theosophist, Bernardino del Boca. His book Singapore. Milano. Kano has been a real experience of magnificent spiritual worlds. An open door towards the invisible. Unfortunately, the books of Mr. del Boca have not been  translated into English yet.

Undoubtedly there is a problem with the numbers, probably due to  a difficulty in conveying  the message new generations in a attractive  manner. Language is something that is continuously transforming and adapting. A too strong focus towards study, conceptualisation, theory, conferences, etc. is proving not so efficient in conveying the message nowadays. Study should be a fertiliser to blossom, not a cage for the mind to stay, in laziness.

Yes, I wish that the TS will focus its attention on the content rather than the structure, having a special consideration for profound human relations, which is the only true engine for the movement. Sometimes it seems as if things are carried out with fear for the sudden death of the TS. This, in my opinion, keeps our Society in a constant Emergency State, where the institutions, the loom, the structure, are more important than the contents, the human relations, the horizontal communication and dialogue.

I wish that the TS will rediscover the Beauty of Communion, rather than the fulfilment of a duty, as a new sprout of Life, after two years of pandemic and an unexpected war.

We have 250 guests and no members online