ALAS and after - A question and an answer 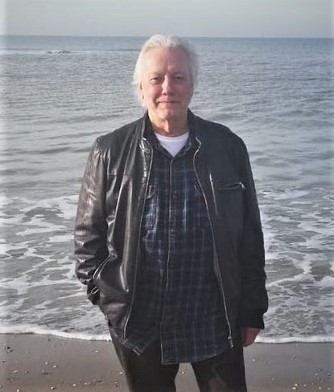 Robert at the North Sea

Can Theosophy make a difference in the coming years in our hopelessly divided (theosophical) world?

Most certainly, as long as Theosophists do not cling to slogans like  “our Society is the  only true theosophical organization with an exclusive and straight connection with the Mahatmas and the Hierarchy of Compassion.”

Such an attitude would turn Theosophy typically into an ecclesiastic current, solely transmitting dreadful dogmas, achieving  the complete opposite of what it was supposed to be all about. It would become a  non-binding, institutionalized Theosophy spreading hollow phrases, declaring every full stop and comma found in the writings of H. P. Blavatsky for example, sacred.

If, on the other hand, there is Freedom of Thought, theosophists who live their lives in the Spirit of Theosophy and through their example, will influence others radiating Theosophy, instead of blindly lining up behind an organization, a leader or, worse even, without an investigative mind, books.

In that blessed spirit they won’t be mere walking encyclopedias filled with only book-knowledge, but they will be joyful, warm, hearty Theosophists demonstrating great spiritual devotion and untiring love for humanity as a whole, without distinction of race, creed, gender, sexual orientation, descent, personal circumstances or political beliefs.

People with a true spiritual attitude to life are “freed.” This doesn’t mean that they are not bound by any guidelines. The precepts they know are those of their own hearts. These are not imposed rules on paper, but it is the recognition and acknowledgment that the ethical precepts of the  great world teachers such as Buddha, Jesus and Krishna represent the beautiful and eternal bond between the personal man and his Higher Self.

These are the rules for inner-. or self-realization, showing that a new world environment can be shaped through an unwavering discipline. It is the freedom of human thought to accept these rules as a divine guideline in life and not as commandments, in order to discover their meaning and understanding them, while accepting them voluntarily and above all with love.

That is choosing freely for a bond, not to be mistaken for bondage, because that leads to spiritual suppression.

[Note from the editor: the excerpt is based on a series of questions and answers  published in the magazine Pax Theosophia]

In the coming period more authors will elaborate on the same subject.