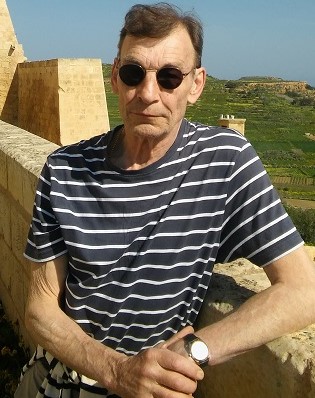 In just a few dozen months The Theosophical Society will celebrate its 150th anniversary, a major milestone for any organisation and especially the TS which has been beset by challenges, obstacles, conflicts and divisions from the very outset.

The brief answers to these twin questions are: A great deal. And definitely not.

Dealing with the first question of its track record since 1875, the TS has had a major impact in re-moulding world thought in so many areas. This work has often been carried out almost unnoticed. Madame Blavatsky’s brave and radical assertions alone created a mind revolution. And yet ironically 99 per cent of the world’s seven and a half billion people have never heard of her, the TS, theosophy or the Ageless Wisdom teachings.

TS membership may have shrunk alarmingly in recent times. Nevertheless, it isn’t numbers alone which create influence; it’s the verity, power and importance of those ideas themselves. And Christ’s eternal truth about there being power in just two or three people gathered together for a sacred purpose still holds firm.

The TS had a difficult birth, a disruptive childhood and somewhat unruly youth before drifting off into a lethargic middle-aged indifference where it now lingers.

It would be inept to ignore the conflicts, splits, factions, and often personal acrimony which has been a perpetual feature of the organisation since its earliest days. Divisions in country sections and individual lodges have occurred regularly down the years. Sometimes these have been wounding and extremely damaging. But perhaps we have to regard this as inevitable and unavoidable collateral damage as we painfully and slowly evolve.

And despite all the ongoing turbulence during its journey, the TS has had massive covert influence on the modern mind. It has acted as a new Invisible College to globalise previously hidden timeless truths in order to recalibrate human thought and endeavour for the new cycle. (The original Invisible College was a group of leading thinkers gravitating around the natural scientist Robert Boyle who coined the term in 1646. This first scientific organisation in the modern world was the forerunner and prototype of The Royal Society in Great Britain.)

The TS re-introduced occult ideas and esoteric explanations of ourselves and the cosmos to an increasingly materialistic and conflict-ridden world. Madame Blavatsky may have railed against the evils of materialism, but the world has become a far more material place than in her day. The TS may not have single-handedly been able to stem this relentless tide of materialism, but it has acted as both a bulwark and guerrilla-style resistance force working behind enemy lines to help unlock the secrets of ourselves and the universe, the mysteries of time and space and of the infinite possibilities which are our destiny.

So, will The TS survive in its present form? This may seem a slightly facetious question since one of the core tenets of theosophy is that nothing remains the same for even the tiniest fraction of a second and that everything is in a state of perpetual flux and transmutation. Religions and their organisations as well as such groups as the freemasons appear to survive century after century with their central belief-systems intact and their outward ceremonies little changed. Of course, there are minor modifications. But over time this rigidity causes them to lose much of their original purpose or dynamism.

The TS is neither a religion nor a ritual-based group. But it is a fraternity whose principal object is to create and grow a brotherhood to serve humanity. A core theosophical assertion is that brotherhood is a fact in nature.

As stated from the very beginning, brotherhood is the central (but often elusive) goal of the TS. It lies at the very heart of everything we aspire to achieve but can’t always define. At times some TS members appear as if they’re trying to achieve the exact opposite. And yet the overall trajectory is positive.

What the TS is still struggling to achieve is real and lasting brotherhood. A brotherhood or the brotherhood (using the definite or indefinite article) retains rather sinister connotations of secret cabals, crime organisations or fanatical religious cults. (And we’re certainly none of these.)

Brotherhood (without the definite or indefinite article) has a much more pleasant, resonant and encompassing tone to it. Have we created this new fraternity without the distinction of race, creed, sex, caste or colour? Yes, but a great deal of squabbling has been involved. And this after all is an inter-generational project.

Theosophy has and always will survive in some form. It may lie dormant, often for centuries, but it’s a current which is regularly revived and re-purposed. Periodically these eternal truths need re-packaging and re-presenting in a way which suits the times in which they emerge. To be frank, adaptability hasn’t always been the TS’s most potent characteristic.

And yet if it is to survive as an organisation, the TS will have to adapt as naturally as its inherent philosophy of eternal change and evolution suggests. There are a few black-humoured sceptics in our ranks who question whether the organisation ever fully emerged from its comfort zone of the nineteenth century.

The new Age of Aquarius is nothing like its predecessor, the Age of Pisces with its over-riding characteristics of devotion, rigidity of thought and ‘top-down’ organisational structures. We are now ruled not by the Sixth Ray but by the Seventh, a ray of synthesis. Inevitably this means that existing models will break down and organisations will become thought movements rather than rule-bound clubs.

It’s important to remember that the ideas we purvey are timeless ones. The organisations we use to achieve this are by definition temporary. The ideas are the eternal individuality and the organisation the temporary lower personality.

In many places now, especially in the west, people are increasingly reluctant to join organisations with the same enthusiasm they once showed. Both the climate and landscape have dramatically changed since 1875. The digital age alone with its all-pervasive technology has re-modelled everything. Similarly, the TS needs a new modified approach to the way it operates and disseminates this panoramic and comprehensive view of the cosmos to the wider world. We mustn’t evangelise but simply state the truths as we know them as best as we can.

It means constantly finding innovative ways to inject new vitality into what we do as theosophists. One initiative with which I’ve recently been involved is the ‘twinning’ of my own lodge in Leeds, Yorkshire, England with the Orpheus and Helios Lodges in Athens, Greece. It operates in much the same way as the twinning of towns in different countries.

We held a ceremony to mark the occasion in Greece and I gave a lecture. Greek speakers have already visited Leeds. We plan many further activities for the future. As well as being of symbolic importance, it’s also highly practical. Underpinning this move is the creation of new energy currents, connections and networks beyond the usual confines of country sections on both the outer and inner planes. We shall probably twin with lodges in other countries, too. And we urge that other lodges consider doing the same thing.

This in no way undermines the strength of the TS internationally. It merely serves to strengthen it. Creating stronger connections between lodges and individuals is crucial during these times of perma-change and conflict. Only vibrant and living networks of people can achieve the continuity of thought, purpose and determination we require to fulfil our mission.