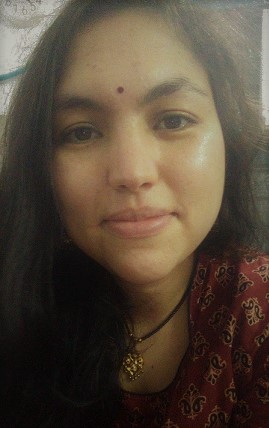 My name is Catalina Isaza Cantor. I am from Colombia in South-America, got to know the TS in 2003, and eventually became a member in 2006, during the VIII Seminar of the Caribbean Basin held in my country.

Since I got in touch with TS I have been active in my section, participating in lodge meetings and study groups, giving lectures, coordinating events, as a member of the General Board for some period, working with the youth and the kids through The Round Table and translating articles from various languages into Spanish. Since 2017 I am the editor of the Selección Theosófica, the Colombian theosophical magazine. The work as editor is my main activity for the Colombian TS as some kind of service or support that I can do from India, using the possibilities of internet technology. Currently I am working at the TS-Headquarters in Adyar and am involved with a fine project that took off last year: "ATA", or Adyar Theosophical Academy.

One of my childhood memories was seeing my father sitting and reading a book called The Secret Doctrine. That book had on the first page the picture of a lady whose figure made a big impact on me and whose eyes were trying to tell me something that, at that time, I was not able to understand. Later I realized that the ‘lady’ was Helena Petrovna Blavatsky. To me, that name, The Secret Doctrine, and that woman, seemed very mysterious, it arose my curiosity and later on, after becoming a member, it sparked my deepest interest and respect.

Another childhood memory was discussing with my mother spiritual related subjects and sometimes we used to read, and make comments in the family on spiritual books, related to the ancient wisdom as well. It was like a reading club that my mother with a lot of enthusiasm had made a part of our family routine. So, in fact, the connection with Theosophy was there, but it was only in 2003, due to some friends who belonged to the TS, that we came to know about the existence of an institution called the Theosophical Society having its headquarters in Bogotá. From that moment on, we began to attend the meetings and to take part in all sorts of activities.

Theosophy for me is the possibility of having a highest way of living. Theosophy is the key to live a REAL life in the midst of this world. It is the root of all the wisdom and a most valuable jewel. Without any doubt, getting in contact with Theosophy constitutes one of the most fundamental events in my life. It allowed me not only to confirm many of the intuitions I had as a child, but it also broadened my understanding of the meaning of the countless events in life, in addition to coming into contact with people, places and highly inspiring service possibilities. My gratitude for having found this Path is enormous.

It is a very difficult question when it comes to choose one favorite book among the many nurturing and inspiring books that the theosophical literature offers. Nonetheless, I will make an effort and will detach from some books that I would like to mention. I limit myself therefore to two books that have been fundamental to me and to my understanding of Theosophy and life, namely The Voice of the Silence and At the Feet of the Master. Both works are a constant source of inspiration to me, they have brought light and peace to my soul, they are immensely poetical, transcendental and practical.

At the moment a big challenge is how to make the teachings relevant to actual times and young people. There is a false notion among people that Theosophy is mostly a kind of old fashioned intellectual study. Actually, in my opinion, there is nothing as practical, actual and intricate in daily life itself as Theosophy. It is something that we, as members, have to be able to transmit and show to the new generations and to those who are interested in spiritual development.

Not long ago I was talking to a friend and TS member who pointed out that, when the Theosophical movement began, the movement was at the vanguard, it truly transformed many spheres of thought. Rightfully so, Sylvia Cranston in her wonderful biography on HPB, entitled The Extraordinary Life and Influence of Helena Blavatsky, Founder of the Modern Theosophical Movement, calls her the Mother of the New Age, as she, by founding the Theosophical Society, introduced a vast quantity of wisdom, knowledge and profound ideals to the world, and this made Theosophical movement influential in many fields such as the arts, sciences, and politics.

So it is our challenge to make Theosophy relevant and vibrant for the new generations and to position the Theosophical Society as a main player, so that it can continue to inspire and transform the lives of so many. It should be our main objective to make Theosophy accessible to all people, finding new ways of expression, in order to connect and synchronize with the contemporary times. It is our task also to be living examples of that transformational power that Theosophy offers, ourselves, in order to inspire and to be real channels of the work of The Masters.

What I wish for the Theosophical Movement is that it becomes as vibrant and inspiring as possible. There is an immense ocean of wisdom that cannot the privilege of just a few. I wish that the Ocean of Theosophy permeates as many souls as possible.

We have 259 guests and no members online