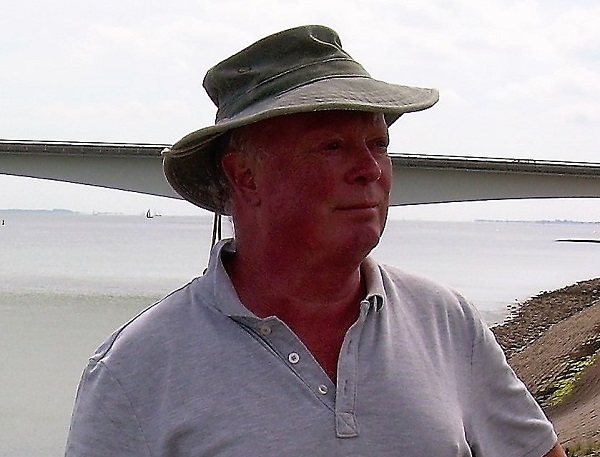 My name is Maurits Campert. I was born in 1947 in the small fisherman’s village of Scheveningen near The Hague although my father was born in Zeeland where my wife and I reside after our retirement. If I remember well, I joined the TS back in the nineties. Because in The Hague (where all spiritual currents are represented around the Peace Palace where vibrations seem to be special) all four TS ‘branches’ reside, I had the possibility to join one after the other in between our stays in France, Germany and again France. Being an independent searcher I found it very inspiring to make acquaintance with the different ‘views’. In France as off 1997 we did run a small Theosophical Information Centre in Siorac-in-Périgord for seven years.

Today for three years now I try to support Saskia my wife in the formation of a TS-Adyar Lodge Zeeland in our little town Kortgene on the peninsula of Noord-Beveland. For this purpose, I maintain for them a Facebook page Theosofie. (Dutch) See: https://www.facebook.com/centrumzeeland/ where I weekly post a quote from The Secret Doctrine both in Dutch and in English. Besides that, the page is filled with scientific articles from all over the world. I also assist in the translation from Dutch into English of a little book by Belgian author Armand Courtois on Robert Crosbie for ULT. In my younger years some twenty years ago, I wrote two spiritual works: ‘Theo-Sophia, Verbindende Brug’ and ’49 Morele Waarheden’. (Dutch)

My search did start in 1965 when TU Delft, where I did study physics, did offer a Zen class one hour a week. From there I came to TM followed by FPMT (Federation for Preservation of Mahayana Buddhism) the complete Buddhist Lam Rim program in the mid-eighties. But then in 1986 I did discover the 1931 W.B. Fricke version in Dutch of The Secret Doctrine in the at that time major second-hand bookshop in Holland: De Slegte. From that day on that became my compass in spiritual matters. It is then that I came in contact with the TS. Between 2004 and 2016 though I made a detour (from Eastern philosophy to the more Christian) and studied with Amorc all twelve grades and with TMO the three external grades both in Holland and in France, to join TS again thereafter.

To me Theosophy is the root of all wisdom and of all religions and traditions. Personally, I am most attracted by the first original idea of studying the underlying laws of nature which govern the universe as stated in one single general statement in the by-laws of October 30, 1875. The later added ideals of comparative study and formation of a universal brotherhood (both being based on the first), whereby the last seems to be impossible with the present state of the human mind that is so divided in a world of separate nations and religions, has less meaning for me. With conflict all over the place the utopia of a brotherhood of man is so far away.

From the above it may be clear that there is only one book for a “Blavatskist” as myself: The Secret Doctrine. The creation of the cosmos and of man painted in a very impressive and impressionistic way.
Parts 2 and 3 of both volumes on symbolism and science would also deserve far broader attention by Theosophists! Most exegetes confine themselves to volume 1 part 1…pity!

By organizing mainly events by ourselves among ourselves and for ourselves we lose communication with the real world and do not reach new young academic seekers. Where Buddhism, Islam, Osho, and others do have broadcasting time and ‘market’ their ideas in the media Theosophists in my opinion tend to a dangerous closed ‘better than thou’ attitude and thus forget about the other. Also, should we be more aware of the danger of others just using the TS as a platform for their own little affairs instead of promoting Theosophy as it is

First, I would wish that we could go back to 1875: ONE TS with one motto: the study of the laws of nature. Back to the basics. Furthermore, I would wish that the TS starts promoting the SD’s (Stanzas of Dzyan) scientific views in the light of modern scientific insights, the re-setup of the Theosophical schools and that we start lobbying for a world without separate states/nations and for a single religion, thus a reunification of all religions.