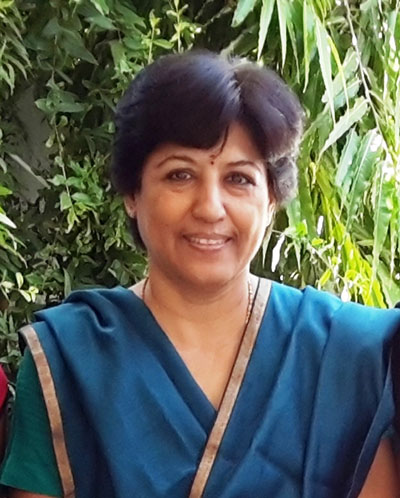 I was directly involved in Lodge work from 1979 to 1997 out of which many years were spent at Adyar. I have organized talks and study courses by contacting speakers, ensuring that the Lodge events are advertised through newspapers and they reach a wider audience. I have done the necessary event management regarding the above to ensure that it is done well and has a freshness about it. Lodge must look like a place that is cared for. My effort had been to constantly examine that the talks, while reflecting the essence of Theosophy, have a contemporary context and can help us put in perspective the issues facing the society today. I felt that keeping in touch with new members and guiding them regarding Theosophical literature as per their inclination was crucial. For the last few years, I have been in remote places with no Theosophical center nearby and the work has continued by discussions and sharing Theosophical literature with those I came in contact with.

When I was 18 years of age, I started to think deeply about the purpose of life and sought answers through the spiritual literature available at the time. Though they made a deep impression on me, it was when I came across an old copy of At the Feet of the Master by Alcyone, that an immediate connection was made. I felt that I had come home. It was a matter of coincidence that the book was procured by my father in the year I was born. Since the book did not have the cover, I tried to find out who had printed it and then searched for the Lodge in my city. After going on the particular street two three times up and down on cycle, deciding not to give up, I walked and looked at each nameboard. I found the Lodge. It had a faded sign board fixed vertically making it difficult to be noticed. I read voraciously the books available in the Lodge and my first contact with the society is through the literature of the early leaders. Those were the happiest days spent.

Theosophy becomes the fabric of one’s life and changes the person forever. It touches one very deeply and your thoughts, actions, intentions undergo a transformational change. Outwardly you may be doing the same things but inwardly your intentions and what makes you act have changed fundamentally. For me Theosophy means a feeling of kinship with all living beings that is felt in the heart.

I tend to favor the early literature. They offer a perspective that one can return to again and again. The literature can be broadly divided in two parts: one is knowledge about the origin and evolution of man and the universe and the other contains precious instructions about self-purification and how to live rightly. I derive my purpose and intent from the first part and from the second part my favorites remain the three gems: At the Feet of the Master by Alcyone, Light on the Path by Mabel Collins, and The Voice of the Silence by H.P. Blavatsky. They sum up the essence of wisdom gleaned from ancient times and suffice in themselves for self-purification.

The biggest challenge is how to make it relevant to contemporary times. I would look at it both at an individual level and for the Theosophical movement. At an individual level, the need is for members to live Theosophy by engaging in the process of self-transformation and to guard against viewing it as an intellectual pursuit. Only this will bring the vibrancy in our Theosophical gatherings and centers and energize them. It is this inner understanding that will bring in clarity and become the guiding light of wisdom for us.

For the Theosophical movement the challenge is the same. It is how to make it real for its members. As long as the work is focused entirely on the outside, it will lack the inner vitality. I am afraid at present, it lacks direction and relevance to contemporary issues. Either we tend to reiterate statements such as ‘Theosophy is meant to be the future corner-stone of world religions’ or do not have clarity about whether yoga or a certain speaker should be part of lodge activities. Theosophical movement had done pioneering and pathbreaking work in different fields when it was launched, be it, esoteric, occult or social and educational. There was a time when Theosophy was at the forefront in any field as far as ideation is concerned while offering a deeper and esoteric understanding on any subject. The challenge for the Theosophical movement would be to play a similar role today for the issues facing the world.

Theosophy has such wealth of literature and it offers such a vast, sweeping and breathtaking view of life unlike any other philosophy that I wish the Theosophical movement a future that does justice to its potential. It has to play a vital role in shaping the world view and in dealing with the crises faced today at individual and collective levels.