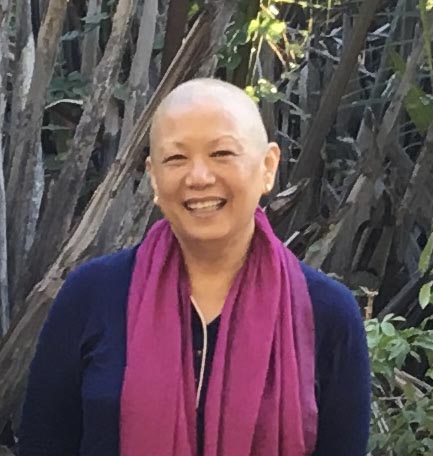 I am called Shirley Penn, from several places, born in Guyana, educated, worked and raised a family in England and lived in the USA. Started reading Theosophical books 1986 and joined the TS, Northampton Lodge, in England in 1989. I have a lifetime membership with the TS American Section, Wheaton and an associate member of the Detroit Lodge.

2.Are you active in your Lodge/Section and if so, what do you do?

Currently a volunteer worker at the TS International Headquarters, Adyar, in the Maintenance Department. Prior to arriving in Adyar, October 2016, I helped the Detroit Lodge in Michigan with finance, membership and planning their Centennial Celebration for August 2016.

3.How did you first learn about Theosophy or come in contact with the Society?

After many years of searching and investigating (through the Bible, Greek mythology, the Spiritualist Association, tarot cards, astrology, psychology, Carl Jung and Freud, and working with dreams), I was visiting friends who lived in Belgium in 1986, when I came across The Astral Plane by CWL in their library. I had finally found something that made perfect sense to me! After that I devoured the other little manuals: The Devachanic Plane, Man and His Bodies, Death and After, Seven Principles of Man, Karma and Reincarnation. Then I bought The Secret Doctrine. It occurred to me then, that there must be other people who were interested in this ‘stuff’ so I contacted the TS in London and joined the Northampton Lodge.

4.What does Theosophy mean to you?

Theosophy is my life! A way of living.

5.What is your favorite Theosophical book and why?

I don’t have a favorite book and I cannot quote from any of the books I have read. Although I often recognize quotes from books/authors when I hear them. I tend to take in the essence rather than memorize the words or authors. If I had to name an author, however, it would be J Krishnamurti, whom I feel has had a large influence on my way of being.

6.What in your opinion is the biggest challenge the TS is facing at the moment?

I don’t think membership numbers is an issue but, from my observation, there seems to be some confusion, among new members worldwide, as to what is Theosophy and the TS. There are many new members who don’t know much about Theosophy and are associating Theosophy-the third object of the TS with phenomena, such as astral projection, kundalini, higher states of consciousness, hypnosis etc., and the interpretation of ‘an open mind’ to mean ‘anything goes’ - all-encompassing anything ‘New Age’. The challenge is, how to approach this? Perhaps this could be done through programming being more focused on the core teachings of Theosophy and meditation. More research to be done, by the lodges, on unknown, public speakers before agreeing to give them a platform. Also, lodges could introduce a ‘buddy’ facility to support new members.

7.Is there anything you would wish for the future of the Theosophical Movement?

Yes, for ALL theosophists to live the life of Universal Brotherhood not just use it as an idea or an impressive ‘soundbite’.