This interview was first published in December 2011 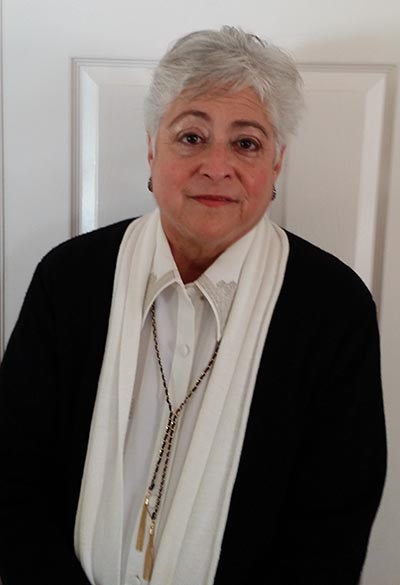 Born as Caren Mindy Robak in Patterson, New Jersey and assumed the name Caren Mindy Elin at the age of twelve when my mother remarried. Since the age of two I lived in Long Beach, Long Island, New York and moved to New York City at the age of 12. I found The United Lodge of Theosophists in New York City when I was 19, and became an Associate by signing a Pledge to “My Higher Self” in the early 70’s. I became a member of the TS-Philippines in 1986 upon meeting Vicente Hao Chin, Jr. Later in time I also joined the TS- America and the TS- Pasadena. I have been committed to the Theosophical Ideals for over 40 years.

I was active in many of the Theosophical organizations as a volunteer lecturer. I also volunteered to help in whatever ways I was needed. I chose the pen name Carey Williams and became Sylvia Cranston’s co-author and researcher since I was in my early twenties. We maintained our partnership in work until her death in 2000. At this time I carry on our work alone.  I also serve on the Board of The Theosophical Book Association for the Blind, Inc., which was once a chartered Lodge of the TS.

I first learned of Theosophy when I walked by the window of ULT in NYC when I was 19. The window had a copy of The Secret Doctrine opened to view. I later learned that the TS was still very much alive when I parked in front of the TS in Boston, MA when I was about 22-23. I remember the day, Jan.9th, but not the exact year.

Theosophy offers me the proof that a Universal Brotherhood indeed exists, and that there is ONE TRUTH that exists in all Religions. There is indeed a symbolical language to unlock the keys to the Voice of the Silence and the Universality of Truth, as well as the means to apply it to our daily lives.

I have two gems of equal importance to me, HPB’s-The Voice of the Silence and Mable Collin’s-Light on the Path. Both golden gems sing to my heart and resound the eternal path.

To me the challenge that exists today is applicable to ALL organized Theosophical groups equally. That challenge is to LIVE and demonstrate that a Universal Brotherhood is being exemplified. We must be united amongst ourselves as an organization within a diversity of organizations now a part of the Theosophical Movement first before we can become a beacon light to others. This means that individualized aspirations must be nurtured allowing for the seeds of growth and a diversified development to occur. No one organization is more important or truer than the others. Until we all follow the lines of the Divine Laws we will fumble and weaken. A beautiful symphony can and will be created because of all the available unique instruments within this incredible movement.

Yes, it is my wish that an atmosphere of Mutual Respect and Non-Judgement prevail amongst all Theosophists. I wish for organizations to stop carrying on “OLD” separatist behaviors and to nurture the Unconditional Love that brought forth the 1875 impetus of The Current Theosophical Movement, so that it can endure and thrive as a beacon light for the more difficult challenges that lie ahead for the world.