This interview was first published in June 2016 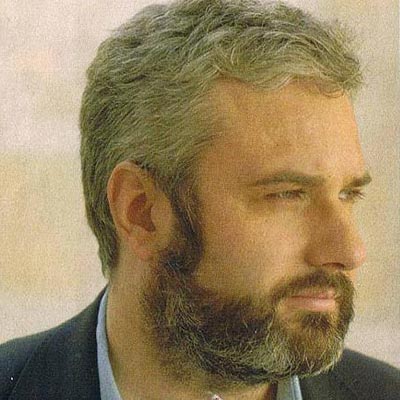 My name is José Manuel Anacleto, I am from Lisbon Portugal, although I rather consider myself a citizen of the world. I began to study Theosophy in 1979 and I did it with a group of friends, so I didn’t feel the call to join a Theosophical organisation, even at the time when we visited the Theosophical Society in Portugal (Adyar). Later (in 1988) I was one of the founders of an institution, the Centro Lusitano de Unificação Cultural-CLUC (Lusitanian Centre of Cultural Unification), (which is still active today, and is managed by myself), and although it is not strictly a Theosophical organisation, Theosophy is its key reference. At the CLUC, we publish several books and the Biosofia magazine ( www.biosofia.net  ). I give conferences and courses and organise other activities (e.g. meditation practices) which are mostly Theosophical or generally connected to Esoteric Philosophy. In 2001, I became a member of the Portuguese Section of the Adyar Theosophical Society, basically to give my contribution. There, I was active for about 2 or 3 years, but stopped for several reasons. A little later (in 2006) I joined the United Lodge of Theosophists (ULT).

The biggest challenge is to resume the original Theosophy with the same Wisdom, inspiration, courage, lucidity, and the ability to break free of prejudices that characterized Helena Blavatsky and her best associates and disciples. What was said after her death should be carefully reviewed, not because all is necessarily wrong but because there were, undoubtedly, misconceptions and illusions. It is not a matter of condemning anyone: simply, it is easier to have a clearer vision, with the hindsight of time and without having been involved in the past situation. Nor should it be claimed that HPB was infallible which she was the first to reject unequivocally, nor to erect dogmas that cannot be discussed, but noting that through the deepening of study and research this leads to the realization that she and the Mahatmas had a superior vision, science and discernment. Let us, then, based on such foundations, deploy rigorously, but creatively, Theosophy’s numerous applications that will contribute decisively to a new Humanity and a new world, more wise, just and compassionate; and that the Theosophical Movement may again have the impact it has had on the world.

I wish that we shall not lose the impetus given in 1875 and the years that followed, to avoid that later a new start over will have to occur, with a different form. I wish that the Theosophists are good students – never assuming they already know all that matters, with vague Reincarnation and Karma notions (attached to a theistic belief that was never welcomed by the Mahatmas or HPB) – and good practitioners (not only in a 30 minute meditation but in their continued life experience); in other words, to be true Theosophists. That a deep and founded Theosophy shall throw light on our illusions, whims, personal partialities and protagonist desires at all cost. That we don’t give into fads and easy solutions, so that the high quality Theosophical works don’t keep being pushed away from the bookstores by poor quality substitutes. That the current situation might be reversed, where many more or less successful impulses and movements in the world, directly or indirectly, owe their existence to the pioneering spirit of Theosophy, without this being recognized. Such recognition is more than a matter of justice: it is also useful, so that people can turn their eyes back to the original source.