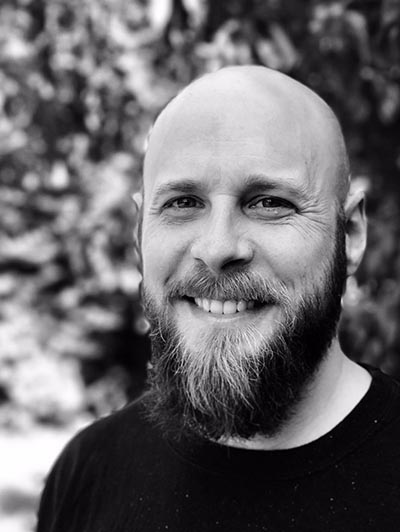 1. What is your name, where are you from and how long have you been a member of the TS?

Jason Marable, I live in Tulsa, Oklahoma (recently moved from Shreveport, LA), and I am proud and honored to say that I have been a member of the Theosophical Society in America for one year in September 2017.

2.  Are you active in your Lodge/Section and if so, what do you do?

I am a member of the Ozark Theosophical Camp, and I also helped start a study center in Shreveport, LA. Though I live in a new location, I still give guidance to the group in Shreveport from a distance.

3.  How did you first learn about Theosophy or come in contact with the Society?

I learned about Theosophy after I was medically retired from the army. I had what could be described as Kundalini experience and wanted to know more about what happened. This led me to studying astrotheology and reading occult books. I read some Theosophical books but wasn't really aware or interested in the Society until I followed a link on a webpage on the Hebrew word B'Rasit that brought me to the TSA page. I saw that the Theosophical Camp in Arkansas was having a meeting coming up and I wanted to go, so I joined both the camp and the Society pretty much immediately after that.

4.  What does Theosophy mean to you?

To me Theosophy is the way that I try to make sense of the ideas and feelings I have about life and this Universe that we are in. It is very important to me as a catalyst of change for humanity and evolving towards being more compassionate and caring beings.

5.  What is your favorite Theosophical book and why?

My answer is probably the standard generic one for Theosophists, but The Secret Doctrine, by H. P. Blavatsky is personally my favorite. I have found it to have a lot of truth in it, and to correlate with other similar books on the topics in it, like Anacalypsis, by Godffrey Higgins.

6.  What in your opinion is the biggest challenge the TS is facing at the moment?

I think the challenge now is the same that faced the founders, which is closed mindedness in the majority of the population and the suppression of occult and esoteric knowledge by the mainstream.

My wish would be that Theosophy grows and becomes a stronger force in bringing along positive changes in the world, and benefiting people's lives individually.

We have 391 guests and no members online