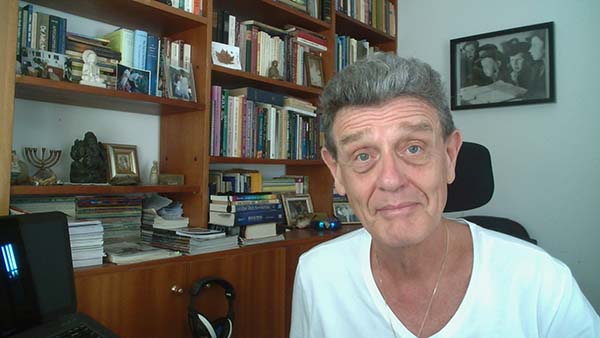 When it is about being nice and actively showing loving kindness, I believe that there shouldn’t be a distinct difference between what happens within our Theosophical environment and what we would often describe as the “outside” world. Some time ago Theosophy Forward published an article written by the Icelandic Theosophist, Einar Adalsteinsson, entitled “Loving Kindness in Action”, in which he writes:

“Loving kindness is not only present within everyone but is everywhere. It is what holds the universe together. This is what we need to manifest in practice. But there seems to be a something in our psyche, something personal, which heavily overlies this intimate and natural state of loving kindness.

Most of the time we choke it with our thoughts and emotions, so that it cannot shine through. And maybe we are not quite ready to show it in practical work whenever perchance it comes to the surface in our consciousness. We would rather enjoy it alone by ourselves. So, there is a dual task to make the loving kindness dwell not only in our mind but help it light up our neighborhood as well.”

Einar is spot on, we often choke: get all blockaded by our emotions and apparent prejudices which cause conflicts and shift our conduct into an opposite direction. Surely not something you expect in the land of Theosophists. Perhaps in the perception of what moves us we often forget to apply the understanding of the great Law that binds all of us, because we are ruled by certain conventions and ideas that are deeply stored away in our psyche.

Perfectly-imperfect as we are, there shouldn’t be anything against losing our cool somewhat, showing emotion, or letting the other person know that there is a difference of opinion, an irritation even, if we are aware of what dwells inside of us and have profoundly probed as to what our motivation might be. Being in communion with our surroundings in openness, togetherness, and having understood the strive between Buddhi-Manas and Kama-Manas makes us function in the realms from the densest levels to the subtlest ones, it is like threading the Path, but that Path is not just to walk on, it’s long and very much winding.

To be candid, in a dialogue or debate, showing the other side of the coin, making a strong point is often misunderstood. However, it seems that those who do speak up and make their voices heard are often more transparent than those who don’t. To take this a step further, psychologist Dr. Richard Stephens who led a special research at Keele University in New Castle, England, concluded that people who make rock-hard arguments and use profanity are more honest, and better at self-expression. They communicate with a maximum of effectiveness and probably increase their physical strength.* In any case, maybe we should come to realize that being direct shouldn’t be instantly considered unkind or unfriendly but more of a unique opportunity to make contact and to open up. Also, and obviously, whatever scientists in England may conclude, profanity itself should never be propagated for words, just as thoughts, are not abstract but concrete things, so caution is required.

Earlier on in this editorial I confessed that I might not have been always successful in being brotherly, tolerant and kind, but then again nobody is perfect. To give an example: over the years it was difficult, if not impossible for me to “properly deal” with the utter nonsense a few loose cannons (who call themselves Theosophists) post on various internet outlets such as Facebook and Twitter. With properly deal I mean to say, to fully ignore the rubbish that is being displayed by them. I would react angrily and unkind, and write long articles defending the TS, tearing the “baloney” apart.

My apology to the reader, I was rather unfriendly, blowing off steam. However, I have long since given up paying attention to those postings. The internet is challenging, especially for those among us who wholeheartedly dedicate their time and talents to the organization which functions as a beacon of light in our turbulent world. Through the means of emails, internet, and social media news travels fast, and we need to get used to the fact that misinformation, fake news if you wish, initiated by internet- “trolls” travels just as fast. The garbage presented by just a few can make us angry, but it is best to remove the respective links and web addresses, so the cause for the anger will have gone, plain and simple!

The internet is challenging, as is our Theosophical work. Especially in this field we are tested time after time and a caring approach ought to be applied. How nice and friendly can we really be when working with others in our lodge, and editorial board, during a conference or any other event? Surely, also here we will be confronted with obstacles, differences of opinions and you-name-it. We deal daily with all the so called “human aspects” of ourselves, and it’s difficult to overcome them. These typical characteristics often cause people to quarrel. Perhaps developing the awareness that Brotherhood is a fact in Nature will help. In our Theosophical work, we will be confronted with complications, just as with our ordinary work, but it is a worthy exercise trying to overcome the hindrances, to try and try again if at the outset it doesn’t seem to come together. To give up working for Theosophy because of personal, ego-related differences which remained unsolved should never be an option.

Our Theosophical co-workers do not cross our path by choice. They are simply there and it is our fraternal task to always rise above personal likes and dislikes, to be humble and compassionate but at the same time to be open, honest and transparent, building toward a better world, thus threading the path of Peace, Justice and Cooperation.