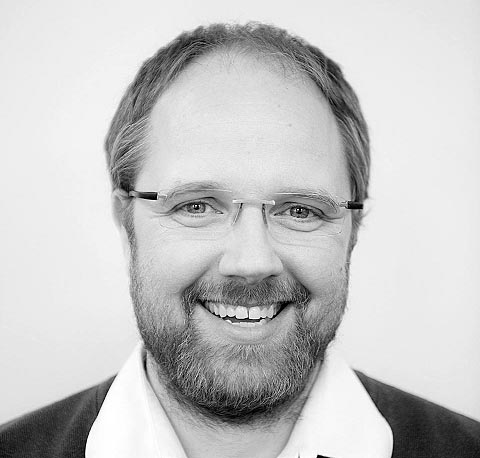 My name is Andreas Mikael Isberg and I have been a member of the TS for about 15 years.

I am the coordinator for Østfold County Branch of the Theosophical Society in Norway. We were established on august 28th 2016. Here I coordinate, lecture and teach meditation to a small group of members and friends of the Society.

We are hoping that, in time, more people will join us and work to spread the ideal of a universal brotherhood of humanity. It is our sentiment that the Society have a very actual contribution to the world we live in today, with all its ideological fronts and conflicts estranging one from another. We feel that the objects and the motto of the Society can provide a much needed remedy that have the potential to bring people together in an atmosphere of mutual understanding and respect.

I have grown up in the anthroposophical movement in Norway, so I have known about the Society all my life from the perspective of the anthroposophists, but it was not before I worked at a local Waldorf school in Kristiansand, Norway, that I came across Theosophical writings.

In the library at that school I found old Theosophical membership magazines belonging to a former member of both the Theosophical and Anthroposophical Societies, and who had worked at that particular school.

What interested me and appealed to me was the similarity between anthroposophy and Theosophy, but also what I perceived as a broader and more open perception of other religions, sciences and philosophy.

I have only good things to say about my upbringing in the anthroposophical movement, and I am forever grateful for my school years in the Waldorf School in Moss, Norway, but I feel there is a limitation in the outlook among many of the people of the movement, looking to Rudolf Steiner for clarification and authority concerning different subjects to the exclusion of other important contributions from the larger Theosophical movement.

This is a tricky question I have to answer from two perspectives.

The Theosophical movement has become a big tree with many branches, yielding many and diverse fruits, originating from the seed planted by HPB (Helena Petrovna Blavatsky) and nourished and cultured with the help of HSO (Henry Steel Olcott), WQJ (William Quan Judge), and others.

As a body of literature I think that it presents many important and constructive perspectives on life and existence as an unfolding and emanation of creative spirit, and it can help individuals to see oneself as part of a meaningful whole.

It is a fact that we, as human beings, perceive the world as we THINK it is. This is in some circles termed as “confirmation bias”. Further, it is proven that the human mind always seeks to find meaningful correlations, and this has enabled us to develop mathematics, language, architecture, etc. It is also a fact that the human mind can also construct correlations were there in fact may be none.

I find that the Theosophical literature, with its teachings of the seven tattvas, correspondences, and more, gives us a theoretical working model, or a system for analysis of the external and internal world that helps us develop a deeper and functional understanding of life. It can help us discern the real from the unreal, and the positive from the negative.

So, in this regard I view Theosophy as a good working system for self-cultivation and insight.

For me, this is the most important perspective. As Divine Wisdom, I do not see Theosophy as relating to any particular Society, individual or teaching, but rather as the inherent wisdom that manifests as direct, spontaneous and intuitive right view, right resolve, right speech, right conduct, right living, right effort, right remembrance, and right concentration.

I believe that this wisdom is what HPB describes as The Voice of the Silence, and it is my understanding that this “Voice” can only be heard and acted upon rightly when we, as human beings, have come to a realization of our true being and nature as Atma.

This Theosophy does not belong to any society, group or particular individual, but belong to all of us as our original and most fundamental state of being.

My favorite book is The Voice of the Silence because this book is the one pointing most directly to our true nature as spiritual or consciously and aware beings. Whether this book is a product of HPB or is really an ancient manuscript does not matter for me. The truth of the teachings given in that book rests on its own authority, and is in concord with what I have learned from the yogic, Vedantic, tantric and Buddhist teachings.

For me, the most important thing about reading spiritual literature is not to gather knowledge of the subjects presented in them, but the impact it makes on my consciousness and my perception of the world in and around me. Valuable spiritual texts change you and make you more aware of the reality and nature of your own being. In this regard I value The Voice of the Silence as one of the most important books of modern Theosophy.

As an organization, I know too little about its workings to make any educated comment. Even though I have been a member for about 15 years in Norway, there has been little to none activity in our branch, and I have met only four other members of the society on all together 5 occasions in that time. It was not before I participated on the 141st International Convention of the Society in Adyar that I really met other members.

If I was to mention any challenge it might be that the Society may need to make a greater effort to become more in touch with the general contemporary population. By this I mean that it should not expect people to come to the Society and participate in its traditional lectures and lodge activities, but make a pedagogical and popular effort and reach out to teach people how to benefit from its body of knowledge and experience in a free and reflective manner.

Some may feel that the purpose of the Society is to present and preserve the teachings given in the Mahatma letters and the authorship of its members. Even though this has a significant value, I think the most valuable thing the Society can offer to the curious new member is the opportunity for individual human beings to come together in an atmosphere of mutual respect and understanding, sharing their experiences and inquire into the deeper aspects of life together and learn how to live together without conflict.

Maybe the Society’s greatest challenge is to present these in a way that inspire people to come together, without out feeling obliged to adhere to any particular dogma.

At this time I must add that I have been impressed by the work done by The Theosophical Society in America. Their online programs and lectures was what made me want to become an active member and that led to the establishment of the Østfold County Branch 2016.

I have always had the utmost respect for President Radha Burnier, and really appreciate her 1990’s lectures on Human Regeneration. At the same time I welcome the new and invigorating impulse brought to the Society at large from the present President, Tim Boyd.

I wish that the different groups and organizations of the Theosophical movement would be able to reconcile their differences, respect each other’s differences of views, and start to come together as a greater family of Theosophists. I do not think the movement can be a force to be reckoned with before it is able to show the world at large that it really believes in and shows that it is able to realize its own object of universal brotherhood of humanity. If we are not able to bring a sense of brotherhood among ourselves within the movement, how can our suggestion be taken seriously by outsiders?