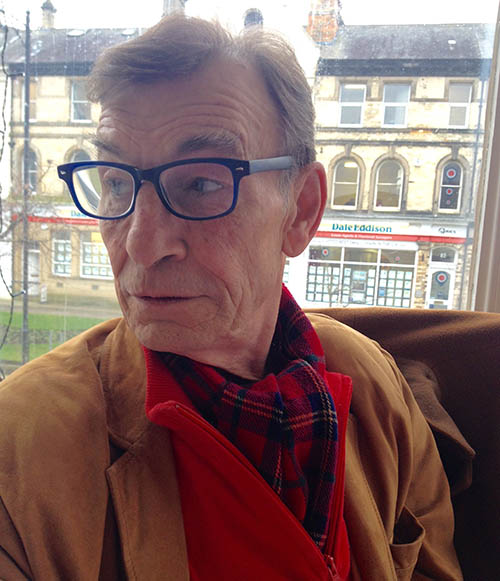 I’m extremely active as organizer and treasurer of the Leeds Lodge, which is one of the most energetic and inviting in the UK. Over the past year the key project has been pubshing a book I’ve written called Cycles of Eternity: An Overview of the Ageless Wisdom’ which has been extremely well received internationally. The Leeds Lodge financed the project and even sent free copies to 900 TS members in England. It’s been circulated to around 42 countries. I’ve also been invved in organizing The Roots of Wisdom Conference in Leeds, a well-attended event looking at basic Theosophical ideas last autumn. The Lodge is hding a special conference on esoteric and Vedic astrogy in October. I myself also occasionally run The School of Apped Wisdom which looks at the practical uses of Theosophy. I also lecture widely all over the UK and would ke to spread my wings further. I’ll be doing a three-day workshop on my book as well as a lecture at the TS Summer Scho in Birmingham in August.

I first came across Theosophy aged 18 when I stumbled on Isis Unveiled in a pubc brary but I didn’t get invited in the society until my journastic work brought me into contact with Cynthia and Atma Trasi, who run the Bradford Lodge. I wrote a story about them and the TS, began attending meetings and then things unfded very quickly. They continue to do so.

As far as I’m concerned Theosophy is not just dry metaphysical theory or another esoteric philosophy pickled in aspic but a vibrant and dynamic way of ving with the potential to transform fe on this planet. It offers a comprehensive, persuasive and cohesive explanation of universal cosmic laws which dictate our own evution and indeed that of the universe itself. My particular mission in this incarnation is to make these ideas as clear, concise, understandable and practical as possible without over-sexing or sensationazing them. Whether half a century working in the media makes that more or less difficult remains to be seen and is for others to judge.

This is rather ke asking someone with a thousand children to name the offspring closest to their heart. HPB’s offerings set me on the path. Despite their drawbacks Annie Besant and Charles Leadbeater’s books (especially the sm ones) were useful and informative in outning various different Theosophical themes. Various works by Alice Bailey, Rudf Steiner and Geoffrey Hodson have all added fascinating insights into my knowledge – as well as a great many others. However, my own somewhat quirky first choice would be Wilam Q. Judge’s Ocean of Theosophy - still an astonishingly good read even after a century and a quarter.

During the 20th Century the TS gradually morphed from a vigorous, inquiring and energetic group of truth-seekers into a devotional cult of largely passive and inactive flowers no longer wilng to pursue esoteric investigation. It became inward looking and self-serving rather than trying to communicate its important messages to that growing minority of people seeking spiritual alternatives to worn-out region and materiastic science. As one of the Masters suggested early on, the TS did indeed become a victim of its own organization and administration. Its attitudes to such things as money and communications remain Victorian recs. So Theosophy needs thoroughly de-fossizing and made fit for purpose in the 21st Century as the long-heralded Age of Aquarius threatens to approach. The day of the organization may well be over and I suggest that the phrase you use in your next question – Theosophical movement – should perhaps be the model we increasingly adopt. Then we can stop discussing property issues, rules and regulations and all the rest of the bureaucratic nonsense we so often engage in and start discussing Theosophy instead. And how to make it available in new exciting flavors.

Lots. It’s my earnest wish that Theosophy becomes re-energized and relevant because unless it does it will face entropy and increasing irrelevance. The ideas won’t die but the group which brought them into the world in their latest incarnation 142 years ago may indeed do so. These ideas are too crucial and panoramic to be allowed to wither on the vines of indifference and inaction. At present massive changes are upending traditions in every sphere of human endeavor – pitically, financially, and socially. I suspect and sincerely hope that these changes may dislodge the dust and cobwebs entombing and paralyzing our important work. But then being an optimist, I would say that, wouldn’t I?