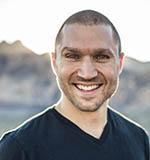 I am active in our Las Vegas Study Center. I am the Secretary, and, along with another longtime Theosophist, Terry Hunt, I lead our meetings, discussion groups, and classes.

I first learned about Theosophy and the Society through Terry Hunt in 2006. I was in the process of assisting a cousin with the purchase of her home, and I was very curious to learn more about the meditation practices that she did at the time, on a regular basis. She introduced me to Terry, who was holding basic Theosophy classes at his home in Las Vegas. I got as close to Terry as I could, since I LOVED what he taught, how he taught, and just him in general! I knew I wanted to do what he was doing (teaching Theosophy).

Theosophy, to me, is The Ancient Wisdom Tradition. It is an open-minded inquiry into life and how to live it with purpose, understanding, and with as little suffering as possible. It provides theory to support our purpose and path; wisdom that provides logic around the framework of the cosmos and our existence within it.

Theosophy: An Introductory Study Course by John Algeo – because it is a short, clear, and very accessible book that explains profound topics of life, the universe, and Theosophy! It’s the book that hooked me, and it is still my go-to for introducing people to Theosophy. I love teaching this book in a classroom setting as well.

The Science of Yoga by I.K. Taimni – because yoga is my path in this life, and Taimni is a brilliant scholar of Theosophy, yoga philosophy, and spiritual growth. His in-depth study of Patañjali’s Yoga Sūtras is fascinating, highly educative, and approached from a Theosophical perspective, which is not commonly found in the yoga world. He provides a highly detailed, elaborative, and scholarly approach to self-transformation from someone who has obviously delved deep into the actual practices and experiences himself.

Membership growth and/or spreading the teachings to new people. For some reason, all the programs, courses, and offerings that the TS provides are far under-used by the public and members alike.

I would wish for more people to learn of Theosophy. There are so many people who know a little bit about “new age” information; whether it be Zen Buddhism, crystals, the hierarchy, astrology, ancient civilizations, the koshas/constitution of man, meditation, yoga, pranayama, tantra, esoteric Christianity, reincarnation, karma, or just spirituality in general… but most people only have a fraction of the information available and usually not enough to make any real changes in their lives for the better. I would love for these “new age-inclined” people to hear about Theosophy and expand their knowledge of where their attraction can lead them; the foundations, the purpose, the bigger picture.

We have 285 guests and no members online