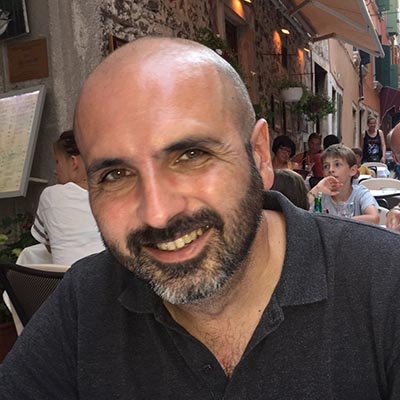 My name is Enrico Stagni, I live in a small village in the province of Vicenza, Northern Italy, not far from Venice. I joined the Italian Theosophical Society on December 25th 2009, so I’ve been a member of the Italian Section for almost seven years.

I’ve chaired the Vicenza lodge for four years now. Vicenza is currently the largest group in Italy with its 48 members, and many ongoing activities that constantly need attentive care. Moreover, the General Secretariat of the Italian Theosophical Society and the Italian Theosophical Publishing House have their headquarters in this city. Needless to say that there is much to do at any level and I’m often involved in many activities by offering my personal contribution whenever it is required. I’ve translated some books of the classic Theosophical Literature (e.g. The Seven Principle of Man by A. Besant) as well as several articles for our monthly issued Rivista Italiana di Teosofia (Italian Review of Theosophy). I’m part of the team that regularly works on translating articles for the Lingua Italiana section of TheosophyForward. I’ve also acted as Italian interpreter for those International lecturers who attended our national and international conventions over the past years.

As for other recent activities, I was given the responsibility for promoting the launching of the Facebook Pages of the Italian Theosophical Society, of the Italian TOS, and of some of the lodges in our national territory. One month ago I did the experiment to create a YouTube channel for the Società TeosoficaVicenza. Since then, all the videos of the lectures which are delivered weekly in our center have constantly been uploaded and I am glad to say that there have been a considerable number of visitors – members and sympathizers – either watching or subscribing to the channel.

Finally, I created a page called T.O.S. Life, aimed at collecting all the Theosophical Literature and documents relevant to the Unity of Life and the protection and the safeguard of all its forms.

Just by chance, through an acquaintance of mine. Before 2009 I had very confused ideas about Theosophy. Moreover, I didn’t know about the existence of a Theosophical Centre in Vicenza, so when I was informed about it, I had a quick look at their website and decided to phone to make the first contact. That’s how everything started. A few months later I officially joined the Vicenza group. Soon after I attended the 10th World Congress in Rome in July 2010: such a great experience!

To me it is that pure form of Wisdom that encourages butterflies to emerge from their cocoons, as well as supporting them throughout the whole process.

It’s hard to say, as most of them have been an inestimable source of profound inspiration for me in different ways. Let’s say that H.P.B.’s works are the ones that I often read.

Finding out adequate means and a proper language to convey the Theosophical message to young generations. I think the current International President, Tim Boyd, is doing a great job in this sense.

Unity and harmony aimed to Oneness and to Universal Brotherhood among Theosophists. These are seemingly obsolete concepts but I do believe that there’s still much to do in this sense. I’ve sometimes found members, at any level, whose efforts seemed to be focused more on sowing divisions than on fostering unity. I would like to recall H.P.B.’s words in the Key to Theosophy: “A pledged member has to become a thorough altruist, never to think of himself, and to forget his own vanity and pride in the thought of the good of his fellow‐creatures”

The higher our state of consciousness is, the more we tend to sense that Oneness within ourselves and act correspondingly. Our own attitudes, behaviors, and actions openly manifest our achieved plane of consciousness. I just wish all those who sometimes let their “personality” interfere with the Theosophical work, would carefully reflect on this point, as well on their personal responsibilities toward the whole of the Society.