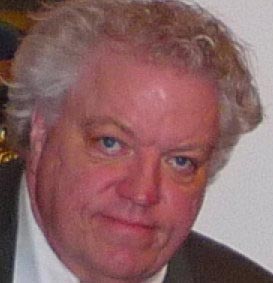 My name is Kristinn Agust Fridfinnsson. I was born in Reykjavik and began attending meetings in the TS in 1971, and as far as I remember I formally became a member that same year.

Yes, I am active in the Society. I try to attend when we have lectures on Friday evenings during the wintertime and on Saturdays when we have meetings for a more initiated and active membership. After the new Lodge, Baldur, which is interested in the roots of Icelandic culture, became a registered Lodge in the Society a few years ago I became a member of that Lodge. But most of the time I have had a broad spectrum of interests within the Society and in that way been active in the general work of it. I am General Secretary of the Icelandic Section of TS.

In a way, this question is a little bit complicated for me but at the same time illuminating and pleasant. When I reflect on my youth, I am almost sure that my piano teacher seeded the fundamental base of the Theosophical views into my soul. All our discussions opened up a new world of wisdom for me. Later when I came in contact with the Society and became a regular guest at TS lectures, someone told me that my teacher and his family were among the TS pioneers in Iceland. Then I discovered why the atmosphere and teaching in TS were in such a good consonance and harmony with the creative wisdom I had heard before.

Brotherhood of Humanity based on mutual understanding, humbleness, broad perspectives and respect for different points of view and with a multiplicity of backgrounds.

Modern Theosophy by Hugh Shearman (Adyar, 1952 and 1954). From my point of view, this book is a masterpiece and among the essential writings of TS. I am sure the author is faithful to the real intention of the founders.

The fact that the TS is first and foremost a forum. We do not have any creeds, and we should introduce the TS as an open forum based on the three principal Objects of the TS for people of different opinions and beliefs and in that way bridge countries and continents of distinctive features. According to the foundation, the TS should encourage investigations of Religion, Philosophy and Science. This has never been of such great importance than in our modern multicultural world based on constantly new and quicker transport of new ideas and opinions across all borders. The TS is, therefore, more than ever a peace movement building a nucleus of the Universal Brotherhood of men and women all over the world. Impossible? Absolutely not. The TS has the keys able to open up the doors of harmony and close the doors of bigotry, arrogance and intolerance. Members should be given, not only education but opportunity to practice their spiritual life and participate in dialogues leading to collective solutions, mutual respect, understanding and peace. It is interesting and notable that the kernel role of the TS is the same as in the academy: to be a forum for education, dialogues and free thoughts free from prejudice. In that way, the TS is a worldwide academy in the noblest meaning of that word.

My opinion is that the growth and development of the Theosophical Movement in the future will be based on highlighting the orientation of the Society as a forum striving for brotherhood. I have seen too many assertions that personal opinions are the real Theosophical teaching. That has led to great misunderstanding and is, from my point of view, the main reason for why many people who are Theosophists in their heart have not found their way into our fellowship. Misinterpretation of the aim of the TS is of a surprising degree. Back to the basics is my wish for the future of our Movement.

We have 304 guests and no members online