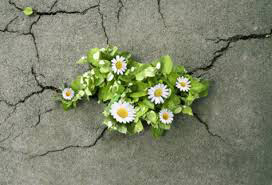 The collapse of the new roof of the Adyar Theatre in the very early morning hours of May 17 was a big disappointment, a blow in the face and a setback. We need to keep in mind though, that a roof is a roof and therefore really only a “thing.” Obviously one can be happy with its design, beauty or practicality, but as such it has nothing to do with Theosophy. Luckily no one was hurt and it is certain that the cause for the breakdown of the roof will be found and that something else will replace it. It was a good move that less than 24 hours after the collapse, Tim Boyd issued an official statement informing all involved.

A few exploited the sad news, by reporting triumphantly about this incident. It was disgusting to note how this unfortunate event was, and still is used to diminish and belittle the hard work undertaken by the current International President of the TS-Adyar and his team. The sarcastic tenor of the despicable postings on a website, to which no ending seems to come, demonstrates per definition any lack of even the faintest understanding of what brotherhood is all about. In this day and age where all are connected through the internet: Facebook, Twitter, email and many other apps, it won’t do any good to simply ignore the negative forces. Rebuking them also is not the solution, since that would give them the attention they so desperately are in search of; internet trolls will always remain nasty reeking, creepy little dwarfs.

Weird as it may sound but these trolls have created an imaginary darkish world where they are the prosecutor, judge and executioner. Frustrated, unfulfilled, small-minded as they must be they won’t stop angrily throwing mud around, because that is the only thing they know how to do. In their ignorant troll-heads the whole world revolves entirely around them and through the facilities the internet offers they found their shady way of letting the world know that they exist.

Setting out to new frontiers, instigating new initiatives, breaking down worn out and old walls, heading into a new direction isn’t always safe; risks need to be taken and at times obstacles or letdowns look as if they are too big to overcome. Still we would need to take on the challenges, and accept the perils that come our way.

By setting good examples, making the foundation of the international membership organization the TS-Adyar undoubtedly is, a solid one, having the vehicle supported and managed in a professional manner by sincere, adequate and dedicated workers, it most certainly is possible to set out on a positive course, in such a way that progress can be made. Transparency, a streamlined communication with the members, an actively involved and creative General-Council, an unwavering passion for humble service and the notion that our world is in desperate need of Theosophy, are the sacred instruments at our disposal.

Disappointments and failures offer great challenges, setbacks make us search for other options and pain points to growth. Obstacles lead us to new perspectives and although this process is not always pleasant, we will need to endure it and most of all learn from it. It is a long and winding road. Unconditional commitment, guided by the Masters of Wisdom and that what our great founder Helena P. Blavatsky left us, will help us to overcome all the difficulties we are faced with today. 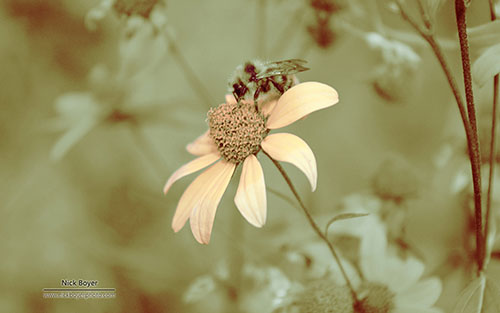 International Theosophy Conferences Inc. is a platform where Theosophical organizations and all other earnest students of Theosophy meet. This infers that ITC won’t typically function as another Theosophical vehicle, in spreading Theosophy itself. Instead ITC is committed to connect all Theosophists, supporting them in their common cause in the light of the purposes of ITC, which are:

Among other things cross pollination means that we would have to learn to listen to each other and that is the great task before us. Through the initiatives of ITC we have seen many examples of cross-pollination already. Herman Vermeulen (TS-Point Loma) and Gene Jennings (ULT) spoke at the last held international convention in Adyar. Barend Voorham (TS-Point Loma) will conduct a course on the Seven Jewels at the Theosophical Institute (Adyar) near Brasilia in Brazil next July, a ULT student from New York up until recently was volunteering at the Adyar Library at the TS headquarters, while Erwin Bomas (TS-Point Loma) not so long ago gave a talk at a Lodge of the TS-Adyar in Antwerp, Belgium.

We have to strive for unity, the unity that was always there from the very beginning. Our thinking tends to divide, and that what binds us is often lost out of sight, as if we left our homes and got lost somewhere along the line. Yes, there will be differences in approach and interpretations, we will read from different authors and we might not always agree but that should bring us together instead of driving us apart.

Isn’t it time for us to come home again?

We have 552 guests and no members online