Recently there has been renewed scholarly interest in the life and work of C.W. Leadbeater. In 2011, Richard Smoley edited for Quest Books a new edition of a work by Leadbeater now called A Christian Gnosis. In 2013, Quest produced a new edition of Leadbeater’s The Chakras edited by Kurt Leland.  Leland has also written a valuable editorial report in the journal Theosophical History July 2014 on the problems in reconstructing the text and original illustrations for the book The Chakras. 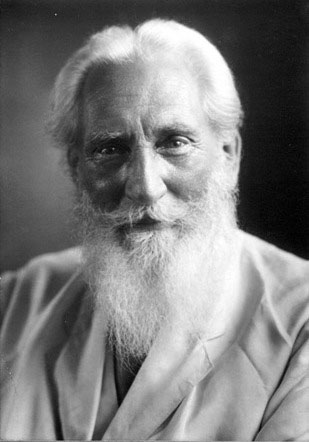 Later in 2016, Leland will publish a book Rainbow Body which reviews the history of western chakra systems. In this story Leadbeater has a significant role, as does Madame Blavatsky and a number of other Theosophical exponents. 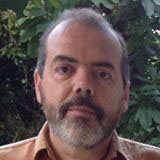 On the internet, Pedro Oliveira has a site CWL World which makes available a variety of old and new material. Click here

It was Tillett who in 1979 discovered that the actual birth certificate of Leadbeater for 1854 contradicted the long published birth date of 1847. Tillett had been writing a biography of Leadbeater under contract to the leading UK publisher, Routledge and Kegan Paul, and had been assisted by the then TS president, John Coats, who was constitutionally responsible for TS archives. John Coats had asked Lilian Storey, the librarian of the TS in England, who was a family historian, to confirm Tillett’s research, which she did.

After the death of John Coats on 26 December 1979, a decision appears to have been taken by Adyar, so far as possible, to avoid encouragement or even mention of Dr. Tillett’s research, which appeared in his book, The Elder Brother (1982).  There is no doubt that the discoveries made by Dr. Tillett – he earned his doctorate from the University of Sydney in 1986 for a thesis substantially expanding upon his book - presented a difficult problem for the many organisations in which Leadbeater had been involved. This was often met by denial. Even the official birth certificate was only gradually accepted.

Readers may be interested to know what became of Dr. Tillett following his discovery of Leadbeater’s birth certificate and of problems in other details of his life given by Leadbeater. Dr. Tillett, who had never been a member of the Theosophical Society, was never invited to address any Theosophical lodge. His book could not be named in The Theosophist, and in some Sections, it was not admitted to the library, or sold in the bookshop, or reviewed, England being an exception.

Dr. Tillett himself pursued an academic career in Religious Studies and, later, in Law, in his native Australia, and became a recognized authority on conflict resolution. He was ordained as a Priest in the Orthodox Church. When he retired from university work, and from an Australian federal appellate Tribunal, he became a hermit in the Orthodox tradition, and has a blog, City Desert, about the eremitical life. Click here

Some of his research into occultism appeared in various books, and in the journal “Theosophical History” which was established in 1985 to provide an independent place where historical material could be published and discussed. Click here

The new blog created by Dr. Tillett is intended to provide a forum for detailed scholarly discussion of Leadbeater’s life and work. It provides an opportunity for all Theosophists, including those in organisations traditionally hostile to Leadbeater, to update their knowledge and reassess their views. It is also to be hoped that those with unpublished archival material about Leadbeater will make this available to scholars.  No contributions, provided that they comply with the conventional standards of scholarly research and discussion, will be refused publication.

Dr. Tillett intends to make substantial amounts of previously unpublished material relating to Leadbeater, drawn from his vast archives on the subject, freely available on the blog to encourage new scholars to work in the field. He has commented: “It continues to anger me that Theosophical organizations (notably Adyar) with resources, money, libraries and archives, continue to fail to undertake, or facilitate, or fund (or at least not to obstruct!) historical research. There is so much research that could be undertaken. I hope that a new generation of researchers will not have to face the blind prejudice, tedious labor, and willful obstruction that confronted me in exploring Leadbeater’s life and work. Whatever I can do to assist them, I will do.”

The TS Adyar, after the passing of International President Radha Burnier in 2013, is going through a transitional period. Its current leadership headed by Tim Boyd is fully aware of the importance to make historical research possible. Plans have been drawn up to move the Adyar Archives to another location on the estate there and to implement all the necessary improvements. Obviously this renovation will take some time.

We have 512 guests and no members online