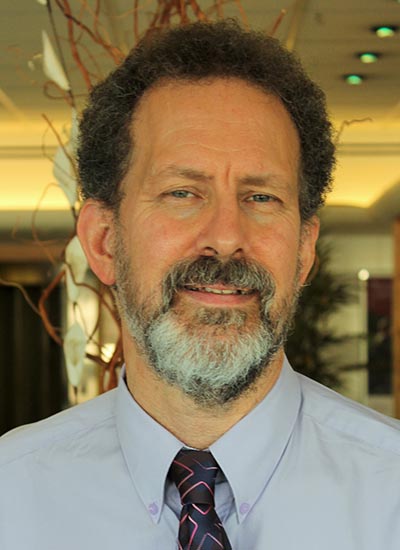 My name is Colyn Boyce. Born in Canada in 1951. After a brief career in radio broadcasting, in 1977 I went on holidays to England and have stayed - now living in Wickford, Essex.  I joined the Vancouver Lodge of the TS Adyar group in 1969 and transferred to the English Section in 1981.

I have been an employee of the HQ of the TS in England since 1981. For 25 years I was fulltime publicist and for the past 8 years have worn the mantle of Office Administrator while still undertaking publicity (part-time). I have been Assistant Editor of the Section Journal - Insight and its predecessor, The Theosophical Journal , since 1990, and provided many of the photographs used.

For the past ten years, I have hosted a monthly Secret Doctrine study class in my home.

For the past two years, I have been a member of Blavatsky Lodge, London.

My first contact with Theosophy was at the age of 16 as a schoolboy in Canada – taking part in some (ill-conceived) experiments with the Ouija board and involvement in séances. The mother of one of the girls in our group was impressed that we were interested in what went “bump in the night” but thought we needed some guidance from an older woman. A number of us went along to meet this woman – Hannah Buchanan, a dour Scot, who happened to be President of the Vancouver Lodge of the TS. After just one meeting I was “hooked” and joined the Society at the first opportunity. My appetite for all things psychical/spiritual had been “lit” a couple of years earlier when I read a book entitled Strange Powers of Unusual People a biography of the life of Edgar Cayce, the Sleeping Prophet. Subjects covered like Reincarnation and Telepathy fascinated me.

Theosophy IS my life. While I have had the privilege of being an employee of the Society for most of my working life, I would like to think that (at least part-time) I try to practice its eternal ‘verities’ in daily life. Its core teaching of the unity of all existence and the sense that justice rules the universe is something with which I can fully empathize.

There are so many excellent writings but I suppose The Secret Doctrine because of the vastness of what it covers – difficult though it can be!

To get our “philosophy” taken seriously both by existing (and future) members and by the world at large. We have a large turnover in members largely because our teachings do not seem to have much relevance to what is happening in people’s lives. We need a major “re-write” of some of our books using the “idiom” of the day.

Obviously I would like it to grow dramatically but also resolve much of the internal “feuding” which has plagued the organization since its inception in 1875. As one of our wisest teachers a decade ago put it: “Rather than trying to recruit more members, we should try and provide a better service to the ones we have.”