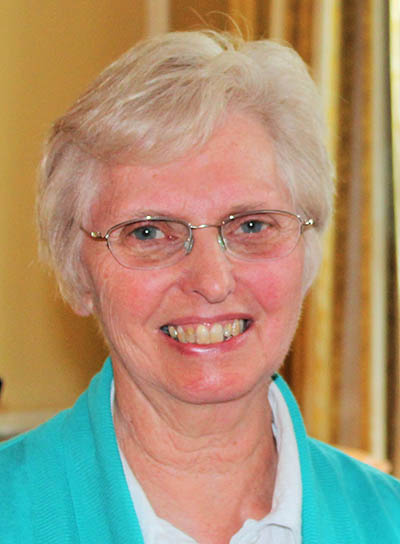 My name is Jenny Baker. I live in South London where I was born. I joined the TSE in 1981.

I am an “unattached” member so do not belong to a Lodge or Centre. I have served on the Executive Committee for many years and am a Director of The Foundation for Theosophical Studies, the charitable branch of the TSE. I have run its Summer School for the last 11 years.

I attended a Yoga weekend at Tekels Park in Camberely which is where I first heard about Theosophy.

I decided that Theosophy was so in line with yoga that I joined there and then. I particularly agreed with the first Object.

Since 1981 Theosophy has become part of my life. Its objects are very alike my own philosophy of life. I feel “at home” in Theosophy

I think my favourite Theosophical book is The Voice of The Silence because it follows on from the sacred texts of the Upanishads and The Bhagavad Gita.

Only that it grows in strength and reaches more people with its message of Brotherhood.