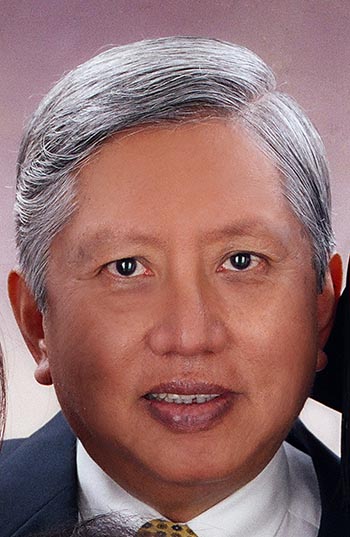 Hello, my name is Chong Sanne from Singapore. I am a relatively new member. I came across the TS in 1992 but only joined as a member in 1994.

I took an active interest in the TS when I was elected as the Hon. Secretary in 1997. Subsequently, I was elected the President of the Singapore Lodge Theosophical Society in 1999 and have held that office till today. I was appointed the Presidential Representative for Asia, East & South East in 2013.

Through a book my wife, Lily, brought back from a non-related organization which fascinated me. That book was The Chakras by C. W. Leadbeater. From it I learned about the Theosophical Society for the first time. I managed to track down the Singapore Lodge Theosophical Society (SLTS) which was rather obscure and inactive at that time. That was in 1992. I spent the next two years visiting the SLTS whenever I could, buying whatever books that were available. I found the Theosophical books a tremendous source of inspiration. But it was not until 1994 when I decided to join the SLTS.

Everything. A better understanding of nature, the order and scheme of things, of The Divine Plan, of man and the universe. A prescription for living and some idea of the purpose of life. It provides answers to some of the perennial questions in life.

I have several but if I were to pick one, it would be The Mahatma Letters to A. P. Sinnett. The scope, breadth and depth of the subjects covered in the book are simply awe-inspiring. I found the book so inspiring that for several years I made annual pilgrimages to the British Library to study the original manuscripts and compared them to the printed book and discovered nuances in the writings of great interest. I conducted study classes on The Mahatma Letters for members of the SLTS twice, once in 1999 with weekly sessions spanning 52 weeks and again in 2009 in greater depth, spanning 83 weeks. All participants found the book most inspiring and of great value.

I believe the greatest challenge is to stem the declining membership, revive the Society and make it relevant in the modern world. We have to truly “popularize a knowledge of Theosophy” to the world at large. It would be wonderful if Mainstreaming Theosophy as proposed by my good friend Vicente Hao Chin, Jr. can be realized.

I wish the different Theosophical traditions will be more tolerant and less critical and disapproving of others who study works other than from the pen of HPB or the Masters. The different traditions who approve and observe the same objects must ever remember the ideal of brotherliness. The continued slandering and battering of Theosophists who had long passed on cannot be very Theosophical. Purists have to be careful not to become bigots unwittingly. The Theosophical Movement must be unified not by personalities but by the ideals it espouses.

We have 903 guests and no members online