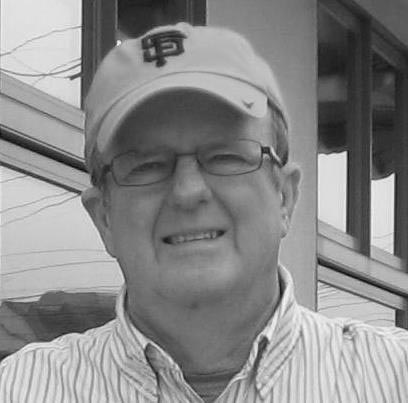 My name is John W. Sameluk. I am now living in New Orleans, Louisiana, USA. I was born in Ontario, Canada, but emigrated at age ten to the west coast of the USA. I have been a member of the TSA-Adyar for about forty years.

I am currently very active in a new study group: The Theosophical Society in New Orleans - study centre. We host two discussion meetings per month that are advertised and open to the public. We have been successful in attracting several new members. I have been involved with publicity and organization. We recently advertised two public programs: Terry Hunt on Meditation Practices for a New Age; and Thomas Laird, who gave an excellent presentation on Tibetan Buddhism.

In the past, I was active in the Northern California Federation of the TSA, Camp Far Horizons, and two local groups in San Francisco. Also, I assisted Dora Kunz when she was President of the TSA. I assisted Joy Mills when she was Director of the Krotona School of Theosophy.

I was introduced to Montessori Education by Rukmini Devi Arundale, while attending a program at Camp Indralaya. I earned an AMI (Association Montessori International) credential and spent about ten years working with young children.

3. How did your first learn about Theosophy or come in contact with the Society?

My first contact with the TSA and Theosophy was at the Theosophical camp Indralaya on Orcas Island in the state of Washington. I consider Mr. Fritz Kunz to have been the first Theosophical teacher that I encountered.

During my university years, the head of my Department was Mr. Jack Holland. (I earned an MBA degree from San Jose State University in San Jose, California). It was some years after graduation that I received a letter from him telling me how much Annie Besant had meant to him. (I had written to him and informed him that I was working for the TS.) I had no idea of his interest in Annie Besant during my student years. Perhaps, his influence upon my life was less about business and industrial management, and more about The Ancient Wisdom?

Theosophy remains a mystery to me. It is, however, the primary interest of my life. I think that I have made a small contribution to the Theosophical movement initiated by the teachers of H. P. Blavatsky. I am very grateful for the opportunity to have had some small degree of participation in the work. I am also very grateful for the opportunity to have met so many fine people as a result of my interest in Theosophy.

My favourite Theosophical book is The Secret Doctrine. It is primary to all other materials published by the TS. I consider Mr. Geoffrey Barborka’s published texts to be the most helpful materials available to the student of The Secret Doctrine. Also, I wish to include the contributions of Dr. Stephan Hoeller, who has been a significant inspiration, friend and mentor for so many years.

In my opinion, the biggest challenge that the TS is facing at the moment is to take full advantage of the internet and other advanced technologies. I am convinced that Hermes shares this opinion.

My wish for the future of the Theosophical Movement is that the aims and objectives be realized.